Each of the Galley Group’s bar programs have a unique theme but a similar tie-in … they’re fun. 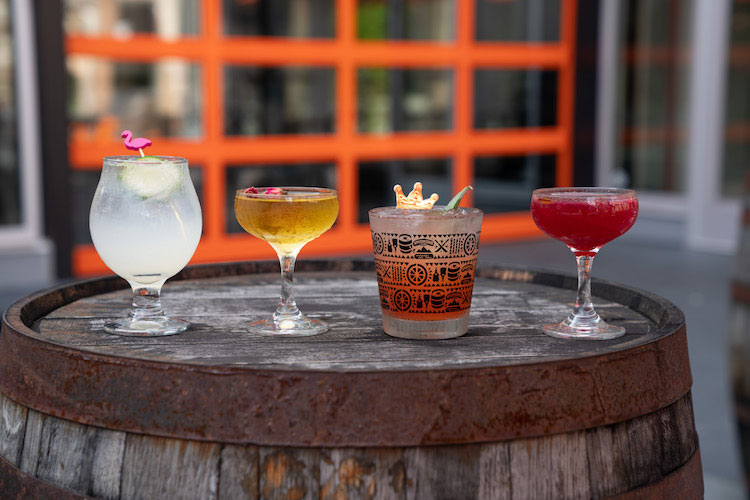 Seriously delicious cocktails don’t always have be delivered with the bespoke details that we’ve come to expect from craft cocktails bars. Smallman and Federal Galley, for example, are offering new cocktails menus inspired by lighthearted fun.

Two weeks ago, Smallman Galley released its Empire Records-themed menu. Music is a major interest for Smallman’s bar team and Zelinsky finds the industries of the movie and the bar to be similar. “There’s a little bit of familial bond in both,” he says. Last summer, the bar ran with a menu inspired by the  movie “Sandlot.” This year, the Empire Records menu is printed on a record sleeve featuring a recreation of the photo on the movie cover. Zelinsky stands in as Liv Tyler’s character, pleated skirt and all. 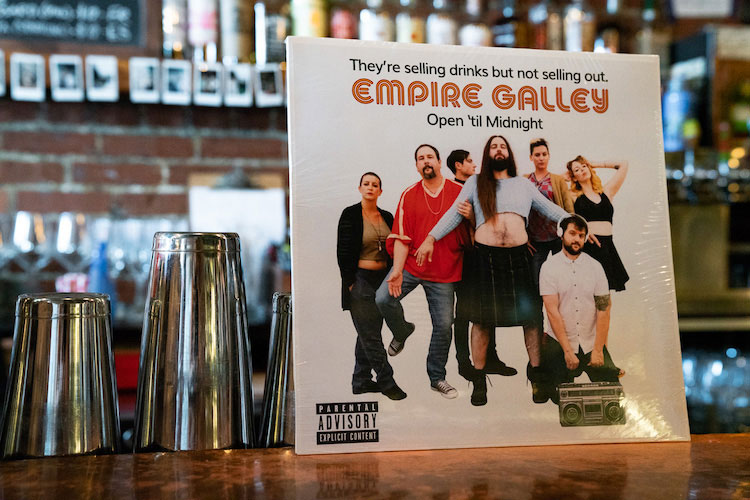 In homage to the 90s stoner comedy, a hemp cocktail and a poppy cocktail found a place on the menu as well as one named Damn the Mint, Save the Empire, a low alcohol sipper for fall.

Across the river at Federal Galley, bar manager Cat Cannon and her team are ready to release their new cocktail menu for the season. “We haven’t released a new cocktail menu since we opened [December 2017] because we wanted to figure out how the bar would work,” says Cannon. Cannon was keen to let her bar team develop new drinks organically and not force them into a themed cocktail program. After a lot of collaboration among the team, Federal will be dropping a new yearbook-themed menu this week that features a drink from each member of the team (the barbacks even have their own boilermakers). 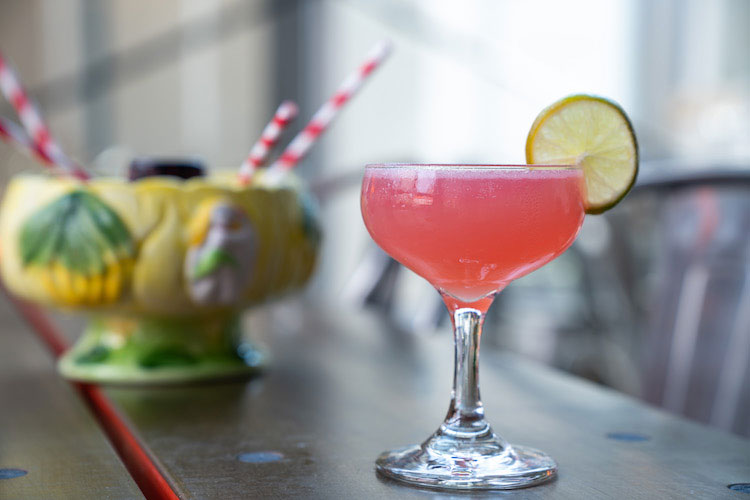 Because Federal is a high volume bar, Cannon and the bar team found themselves missing out on interactions with guests. The yearbook-themed menu is a way for them to have a connection with the guest even if they only have a short interaction. Each drink is based on a classic cocktail that meant something to each bartender, whether it was something they had made in the past or had at a particular moment in their lives. Each cocktail features a short blurb on the story of the drink and an (adorable) photo of the bartender as a kid.

Cocktails on the menu range in inspiration from the magic of travel, to a love of Star Wars and homage paid to other service industry members that helped them along their way. The menu also features mocktails for those who want to enjoy a beverage without the kick. Each mocktail is in homage to the big Burrito Restaurant Group [owners of Mad Mex, Casbah, Eleven etc.], where many people in the Pittsburgh service industry have cut their teeth. “80 percent of the people who work at this bar started at big Burrito, we wanted to honor that,” says Cannon.