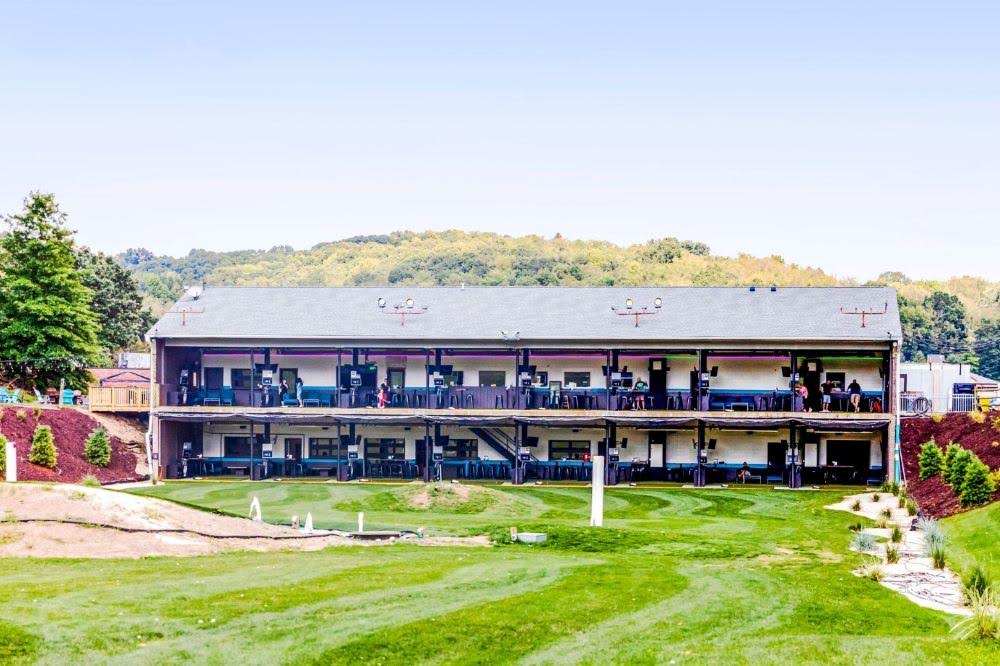 Thanks to Mark Baranowski, local golfers can play 18 holes at Pebble Beach in the dead of winter without leaving Pittsburgh.

The longtime restaurateur — who owns North Park Lounge and Barry’s Pub, two popular spots in McCandless — spent more than a year remodeling the former Pennsylvania Golf Academy into Shooters Golf & Bar. The restaurant recently opened. Hours are 10 a.m. to midnight Sunday through Thursday and 10 a.m. to 2 a.m. Friday and Saturday.

Located at 50 Pine Creek Road in the Wexford section of McCandless, the driving range offers 16 climate-controlled bays equipped with “state-of-the-art” score-keeping technology and indoor simulators that can transport you to more than 100 professional courses, from Augusta to Oakmont. Baranowski says. There’s also a full-service bar and restaurant, 50 HDTVs, fire pits, dart boards, video games, a covered patio and a large banquet room for private parties. 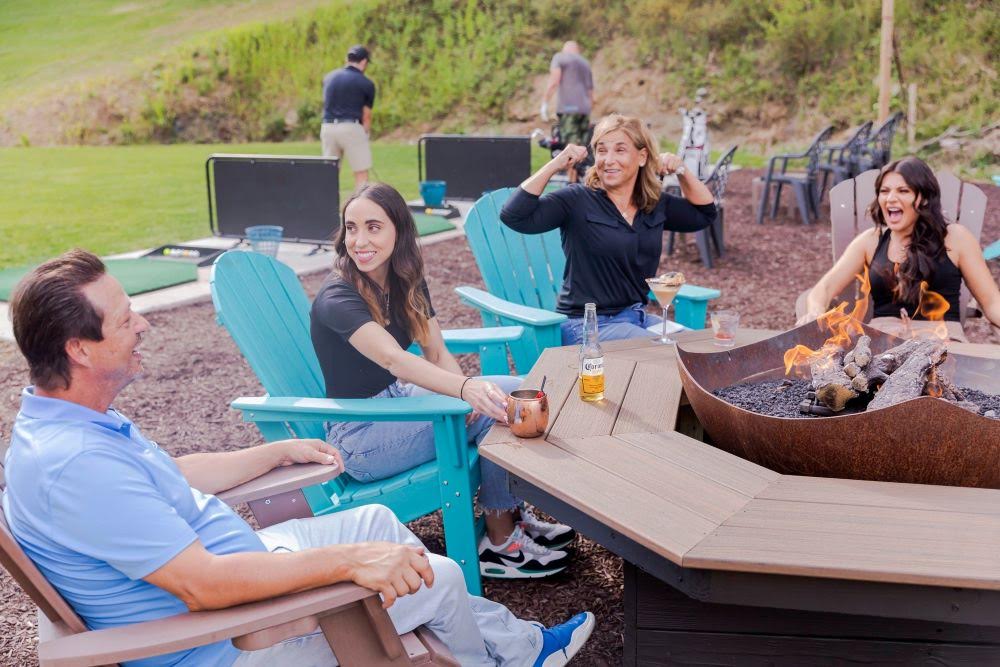 It’s a fairway to heaven for sports fans, but you don’t have to be an avid athlete to enjoy the all-seasons atmosphere; Shooters aims to please everyone, from foodies to kids.

Baranowski was inspired to open Shooters after visiting a Topgolf franchise near Cincinnati, where members of a wedding party had gathered for a prenuptial celebration. At first, he wasn’t too thrilled with the idea.

“I thought it sounded really stupid,” he says with a laugh. “But we went and ended up having a blast.”

He purchased the 8,000-square-foot building in April 2021 and decided to take a swing at creating a place on par with what he believes are some of the greatest golf facilities in the world. The name is a reference to Shooter McGavin, a character in the 1996 golf comedy “Happy Gilmore” and a nod to the family’s favorite eatery in Fort Lauderdale, Fla.

His daughter Jordan Baranowski — who was born a few months after he purchased NPL in 1989 — is general manager of Shooters. She recalls seeing a customer tee off in a tank top and shorts when there was snow on the ground.

Each outdoor bay accommodates up to six golfers at a time and can be reserved on an hourly basis with unlimited balls. Bring your own clubs or rent them from Shooters. Overhead cameras record gameplay and golfers can download the Toptracer app to track their data during every visit. Targets equipped with LED lights allow night owls to practice their game.

Scan a QR code to order beverages and upscale bar food, from soups, sandwiches and smash burgers to wings, flatbreads and fries. On Saturdays and Sundays, Shooters offers brunch with bottomless mimosas and Bloody Marys and a build-you-own omelet and waffle bar. 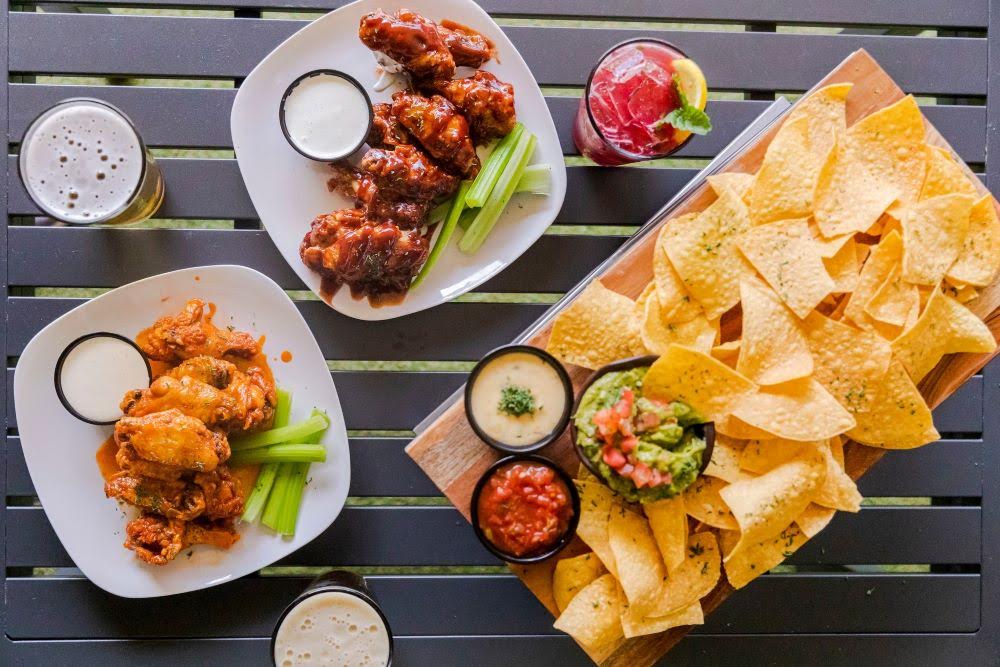 If you’re more of a no-frills golfer, you can forgo the high-tech tees and hit a bucket of balls on the old school, outdoor bays. Various competitions — from longest drive to closest balls to the pin — are held each week. Kids and adults can also attempt to sink a hole-in-one from 50 to 100 yards respectively for a chance to win elaborate prizes, including a trip for two to the 2023 U.S. Open in Los Angeles. 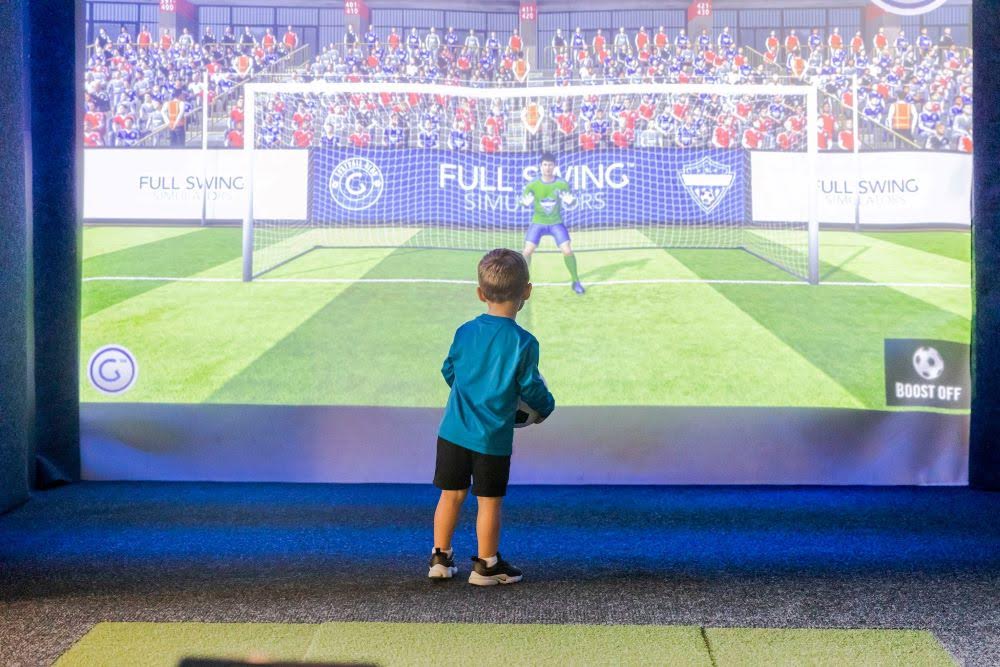 Jordan Baranowski, who played soccer for the University of Akron, kicks a ball at the screen past the computer-generated goalie.

Her dad beams with pride.