Britt Baker moved to Pittsburgh to train as both a dentist and a wrestler. Two years after graduating from Pitt, she’s thriving — as both. 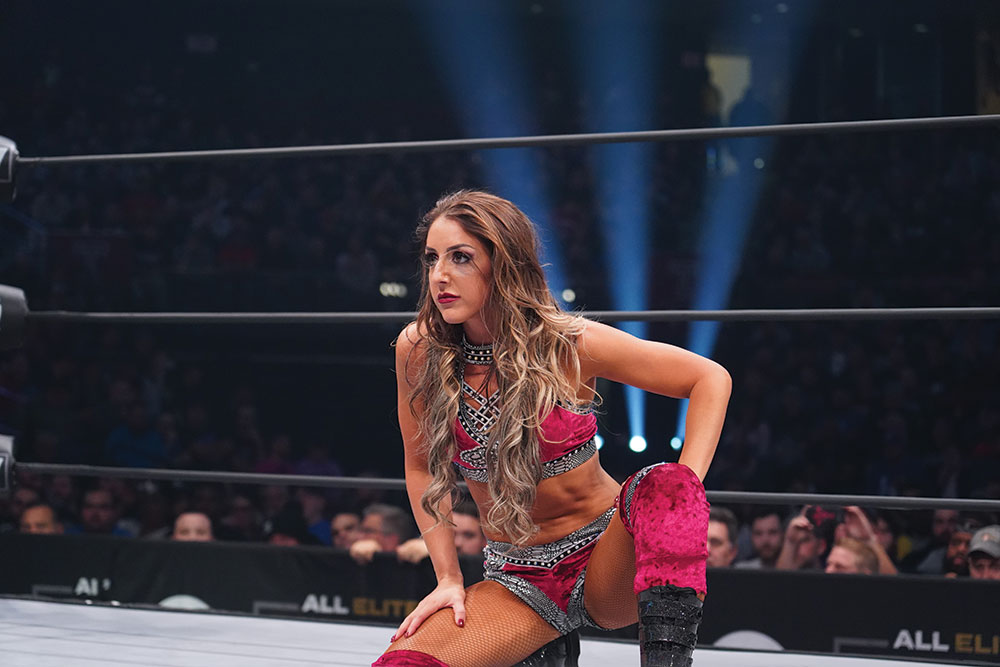 Before 2019, few — if any — pro wrestling intro videos began by displaying a dental X-ray.

That’s the first image in the footage for All Elite Wrestling competitor Britt Baker, however, preceding the ring announcer’s introduction. “Approaching the ring, from Pittsburgh, Pennsylvania: Dr. Britt Baker, D.M.D.” Baker then emerges in a sequined robe, prominently emblazoned with a giant tooth.

In wrestling, in-ring characters rarely correspond to the real-world lives of the performers. Baker is an exception. She earned her doctorate from the Pitt School of Dental Medicine in 2018 while simultaneously establishing herself on the independent wrestling circuit.

“Some people called me crazy to my face,” Baker says. “‘Britt, you have a guaranteed successful career as a dentist, and you’re training … for a job that has no guarantee of success.’ But I just loved it so much.” 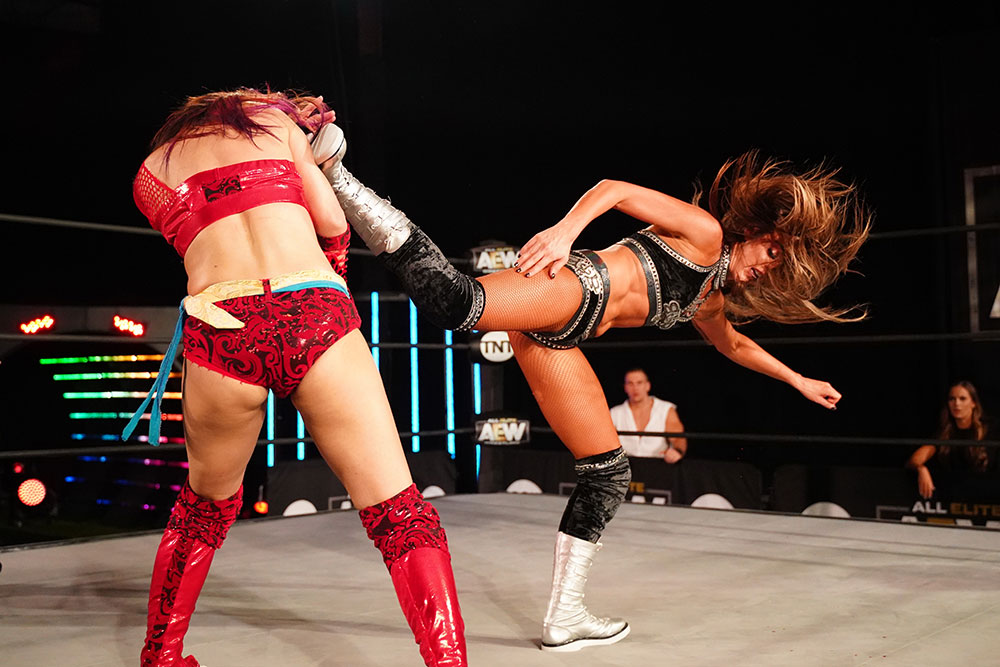 Baker, 29, grew up in Punxsutawney; she considers Pittsburgh “as much a home” as her actual hometown, she says, adding that her family consists of “diehard Pittsburgh sports fans.” After earning a degree in biobehavioral health from Penn State, she enrolled at Pitt; before classes began, she attended a tryout with IWC, a long-running local wrestling promotion. “I decided, from that day forward, that I was going to be a dentist and a wrestler.”

Baker began competing locally in 2015. Within a year, she was traveling for shows around the country. Training and traveling while maintaining an intense course of study was challenging, she says, but she was surrounded by supporters. “My head trainer, Joe [McMunn, a Jefferson Hills independent wrestler], always told me, ‘You are getting that degree. You are not dropping out of school early.’” No matter how far she took her wrestling career, he said, she could be a dentist for the rest of her life.

He was right: Even as a full-time wrestler, Baker is still a dentist. She works at a private dental office  in Florida, not far from All Elite Wrestling’s base of operations in Jacksonville.

“It’s kind of hard to believe that I get to live out both of my dreams. Both of my dreams are a lot of people’s Plan A; I don’t have a Plan B, I have two Plan As. I’ve been given the greatest gift imaginable.” 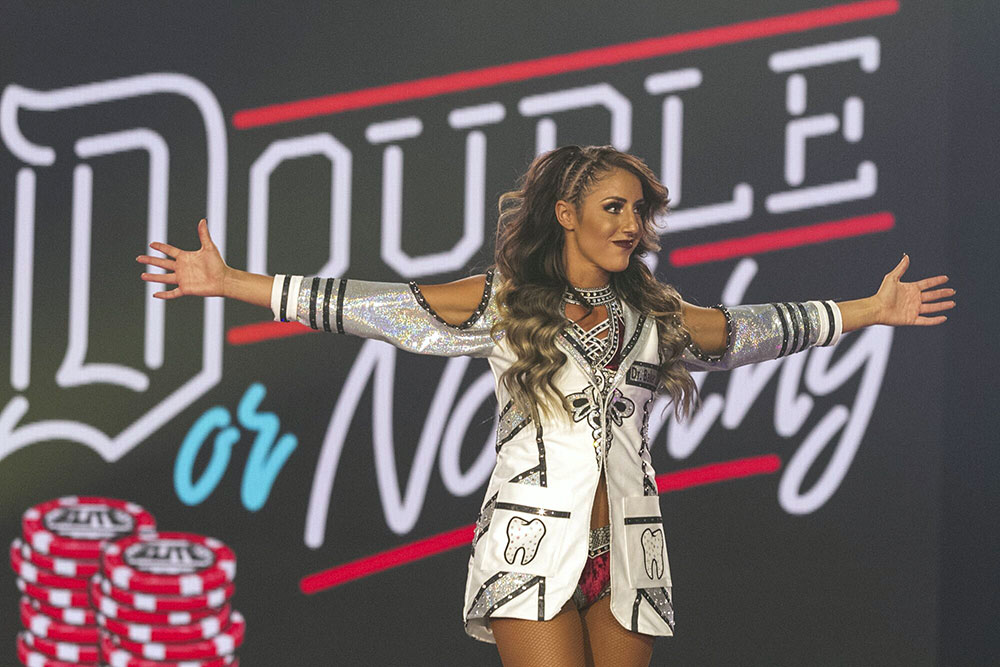 The COVID-19 pandemic affected her schedule for both wrestling and dentistry. She had been seeing patients four days a week — the exception being Wednesdays, when she would fly to the host city for “Dynamite,” All Elite Wrestling’s weekly live show on the TNT network.

On Oct. 23, 2019, that flight took her back to the Pitt campus for All Elite Wrestling’s first area show. “The Petersen Events Center is steps away from the dental school where I spent four years of my life,” she says.

“To be able to have a major, Pittsburgh AEW show was surreal to me.”

Baker won her match that night after an enthusiastic welcome from the crowd — and a one-night-only guest. She was accompanied to the ring by Steely McBeam, the grinning Pittsburgh Steelers mascot. (All Elite Wrestling’s President and CEO, Tony Khan, is also an executive with of the Jacksonville Jaguars; before the event, he made what is assuredly the first-ever owner-to-owner request for the temporary services of a mascot at a wrestling event.) While the presence of the foam steelworker was a treat, she says, she was more moved by welcoming the trainers and colleagues in the Pittsburgh region who helped launch her career.

“I got to share the whole moment with all of them,” she says. “I’m still really, really close with everyone who helped me with my wrestling career from Pittsburgh. Making sure all of them were there was very important to me.”

This article appears in the July/Aug 2020 issue of Pittsburgh Magazine.
Categories: Community Feature, From the Magazine, Hot Reads, Sports