Sharing Knives is Back for Second Season at Ace Hotel 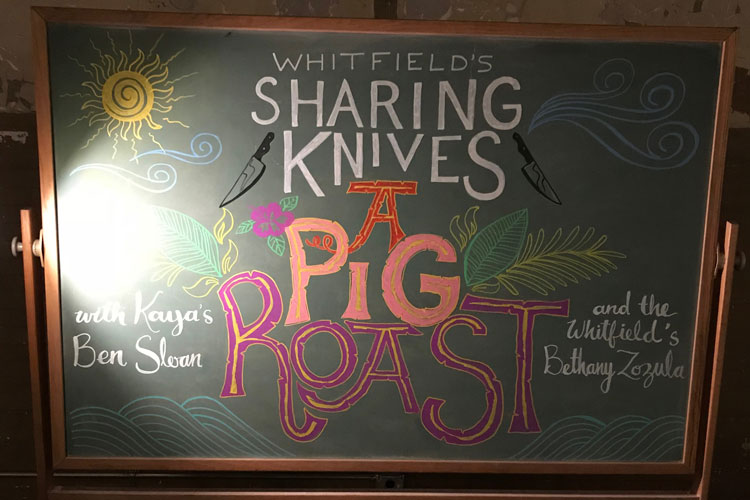 photos by Hal b. klein
​

Sharing Knives, the outstanding collaborative series at Ace Hotel in East Liberty, is back for a second season.

"Pretty much everybody in Pittsburgh has worked together at some point. There's competition between us, of course, but there's a lot more camaraderie and helping each other out,” says Bethany Zozula, executive chef of Whitfield, the Ace Hotel restaurant.

Here’s how it works: every month or so, Zozula, who last month was longlisted for James Beard Best Chef: Mid-Atlantic award, and another Pittsburgh chef build a collaborative menu around a theme; Casey Renee, the restaurant’s pastry chef (and also a James Beard award semifinalist) handles desserts.

“We get to bounce ideas off of each other,” says Zozula, noting that the Sharing Knives series provides an opportunity for the chefs to step out of their day-to-day restaurant operations boxes and have a bit of fun with each other. 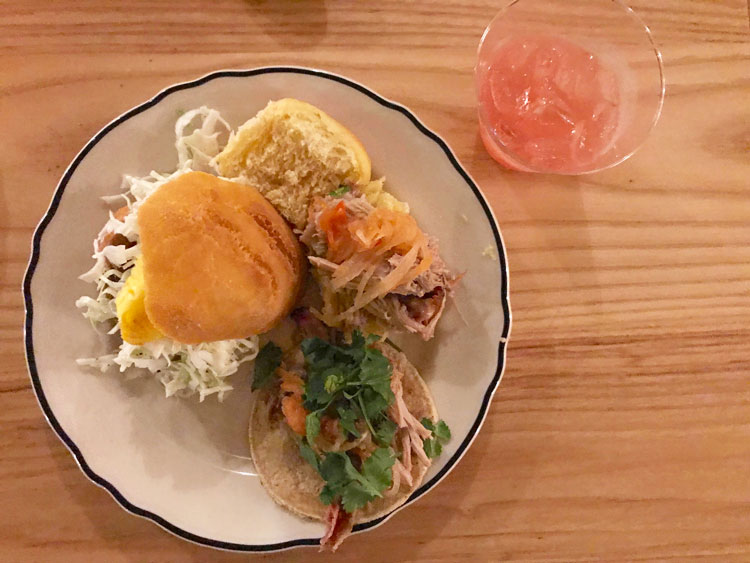 This year’s Sharing Knives kicked off with a Hawaiian-themed buffet with Kaya Executive Chef Ben Sloan; the two spent years together working as line cooks and sous chefs at Eleven in the Strip District.

"We wanted to do something fun that made you feel like summer in the middle of winter,” says Sloan.

At the center of the buffet were two roasted pigs, which guests enjoyed in potato rolls baked by Dianne DeStefano (Twisted Frenchman) and taco shells from Reyna Foods (and later, like I did, heaped seconds onto our plates with nothing but some of Zozula’s fantastic vinegar-based sauce). Sloan prepped bake and shark, a Trinidadian street food of fried shark served in fried bread stuffed with accoutrements such as coleslaw, pineapple, tomato and a variety of sauces. DeStefano and Renee collaborated on a dessert bar.

On the docket so far for this year are: Trevett Hooper of Legume (April), Sukey Jamison of the lauded Jamison Farms (June), Kate Romane of Black Radish Kitchen (autumn) and Kate Lasky and Tomasz Skowronski of Apteka for a vegan, eastern European Christmas feast (December). Zozula is in the process of finalizing the rest of the season’s lineup.