For its third season, the collaborative dinner series at Ace Hotel will celebrate the region’s growers. 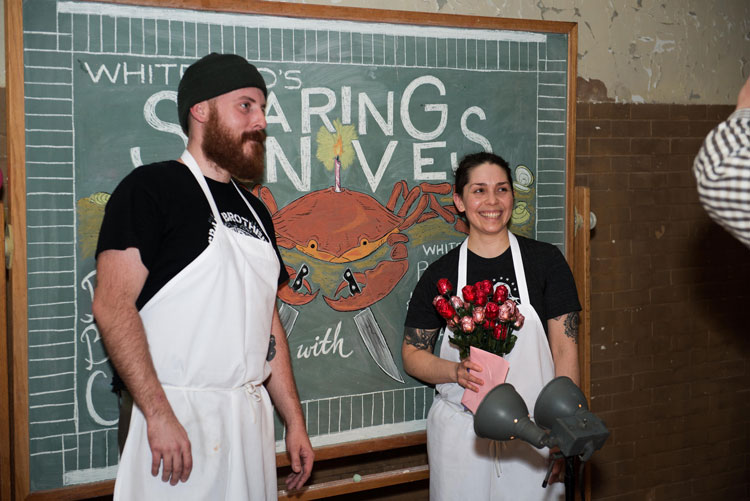 I’ve been smitten with the Sharing Knives collaborative dinners since Whitfield’s executive chef, Bethany Zozula, started the series in early 2017. The festive meals in the gym at Ace Hotel in East Liberty have ranged from a vegan Christmas celebration with the crew from Apteka to a fabulous feast of Jamison Farm lamb cooked in collaboration with the legendary Sukey Jamison.

The series is set to return next month, with a twist — it now is called Sharing Farms.

“When we started talking about plans, I just wasn’t feeling Sharing Knives [as it was set up]. I didn’t want to do the same thing again,” Zozula says.

Sparked by conversation she’d had earlier in the year with Chris Brittenburg of Who Cooks For You Farm about the need to highlight a farm-to-table restaurant chef in Pittsburgh, Zozula decided that a path forward for the series would be to flip that and instead draw attention to the region’s farmers and growers. “A lot of chefs care about this. We all have farms and farmers that we’re attached to,” she says. 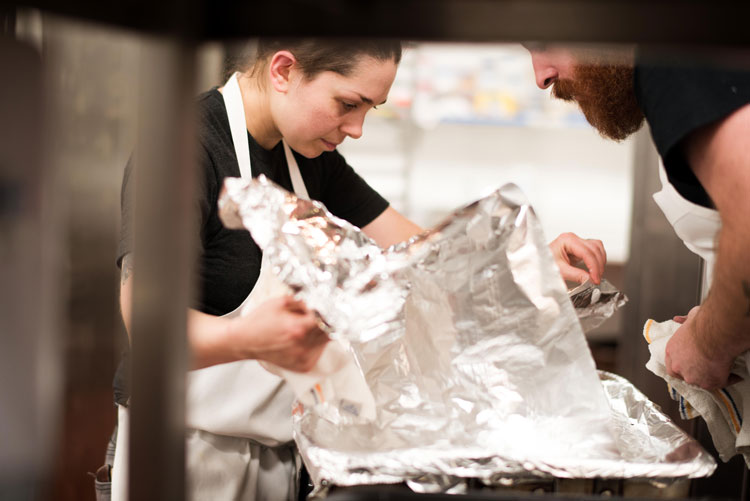 For Zozula, it’s an opportunity for her and her fellow chefs to offer some insight into the the way chefs and growers work together in Pittsburgh. “I run into farmers, and they are excited to learn what we’re going to do with what they grow. You sort of know what you’re going to get but then they’ll also surprise you [with a few new crops]. It’s a fun way to plan the menu,” she says.