Everything you need to know about the cutest medical equipment around. 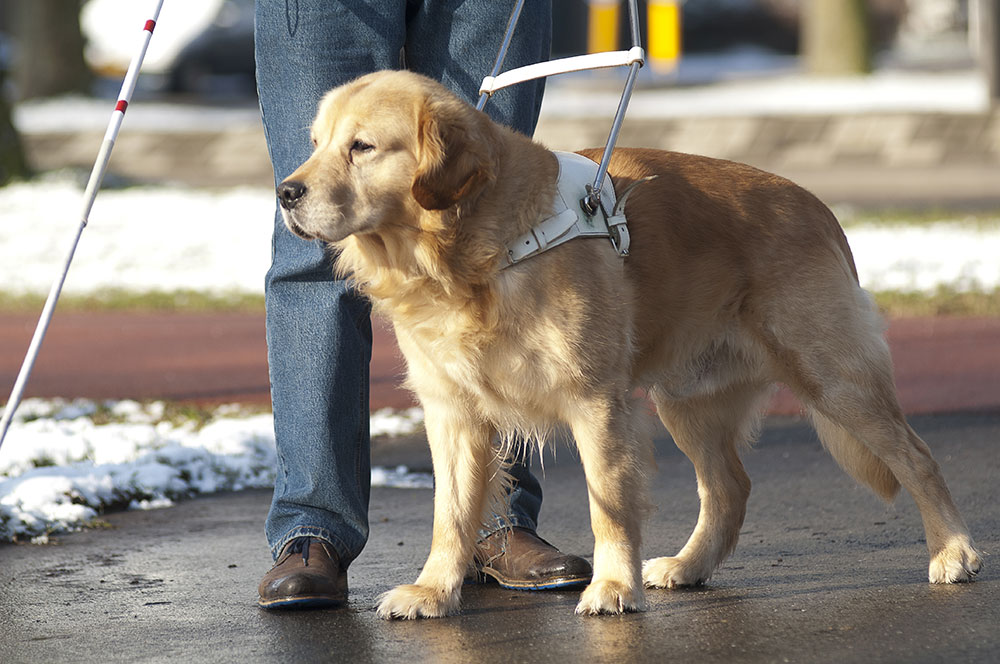 The truth is, even though emotional support animals and service animals both serve people with disabilities, they couldn’t be more different.

Service animals need to be trained specifically to perform certain tasks and duties for their handlers — and there are many organizations that work in the Pittsburgh area to do just that. Perfect Fit Canines in Wilkinsburg is one of these organizations, as is Canine Service Pals in Coraopolis, which rescues shelter dogs and trains them to become service dogs. Both organizations are 501(c)(3) nonprofits.

Each nonprofit has its own way of training its service dogs, but the process is similar. As puppies, the dogs are sent to volunteer puppy raisers who teach the dogs basic obedience skills in public and in the home. The puppy raisers also regularly bring the service-dogs-to-be to training classes for more in-depth preparation. 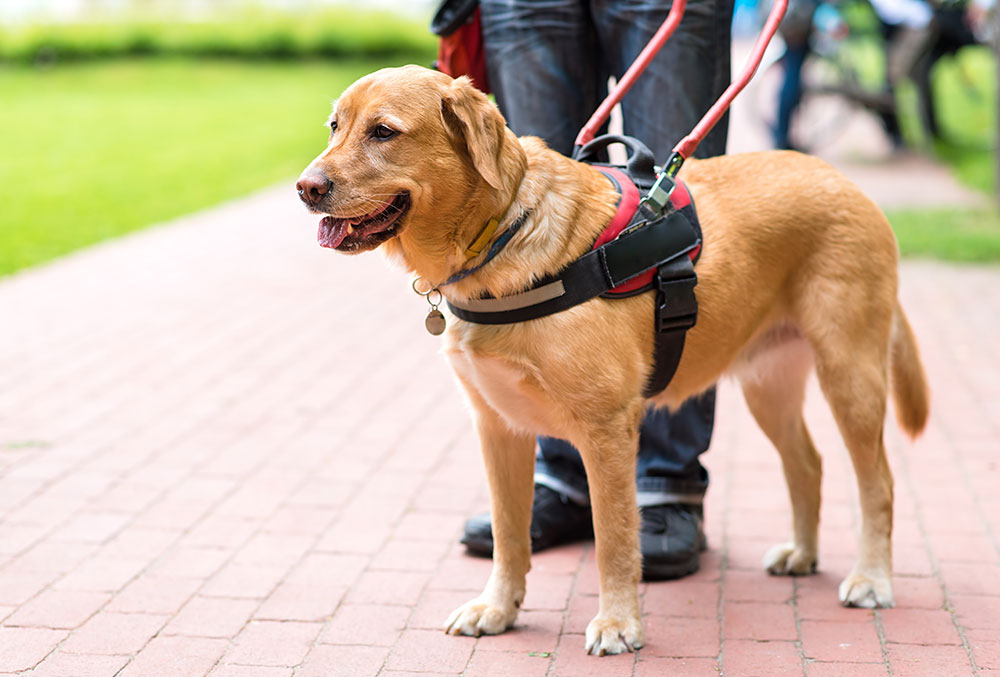 Once a service dog has been matched with an individual, the dog is trained on the specific skills and services that will aid that individual. Service dogs can smell seizures before they happen, retrieve items for individuals with a mobility disability, improve social and communication skills in people with autism, and more.

Ivy Fodor, the president of Canine Service Pals, says her organization trains its dogs in the training center and in public — like at the airport, Walmart, or the Mall at Robinson — to ignore sounds, sights and enticing treats while following the trainer’s commands.

“The whole idea is when they’re out in the world, and they’re in a command position, lots of things happen around them, and you want them to be able to not break that command,” Fodor says. 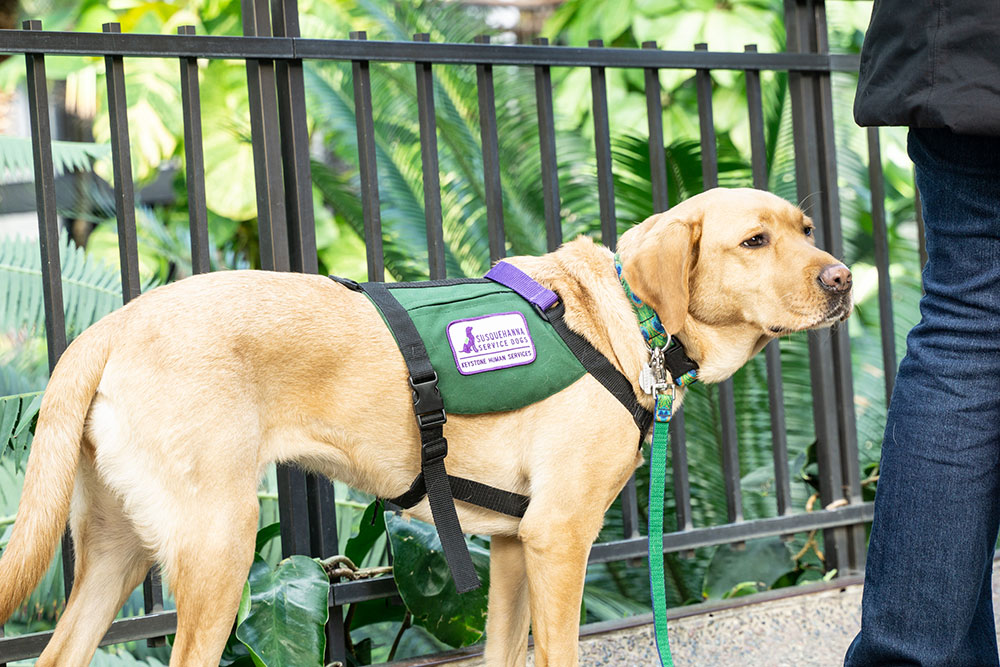 If you seek an emotional support animal, beware of online resources that offer easy online assessments and virtual meetings with health professionals who they say can write ESA letters — according to the Department of Housing and Urban Development, “such documentation from the internet is not, by itself, sufficient to reliably establish that an individual has a non-observable disability or disability-related need for an assistance animal.” HUD, for example, would require an authentic ESA letter to accommodate a resident’s needs under the Fair Housing Act. That means no landlord can refuse a tenant’s right to own an emotional support animal even under a “no pets” policy.

Those internet services can cost between $100 and $200 — so overall, it’s best to stick with your regular doctor.

Walking past a big, fluffy dog on the street, one might have the impulse to reach down and scratch behind its ears, cooing about how much of a good dog it is — and really, who can blame them?

But walking up to a service dog in public to take pictures of it, make noises at it or give it pets is inappropriate, according to Susan Wagner, co-founder of Perfect Fit Canines. In fact, she says distracting a service dog from its job is dangerous to the person handling it.

“The dogs are medical equipment,” Wagner says. “You’re not going to walk up and unplug somebody’s respirator.”

In fact, you might not even be able to tell if a particular dog is a service animal — while identifying collars, vests, or harnesses are common, they are not required by the Americans with Disabilities Act.

The rules for interacting with emotional support animals are a lot less strict. Since the animal is typically not performing a specific task or service for its owner, there’s no risk in offering it some affection. (But still — you should probably ask first.)

They don’t qualify as service animals under the ADA, so they are not protected from discrimination in public spaces like restaurants or grocery stores. 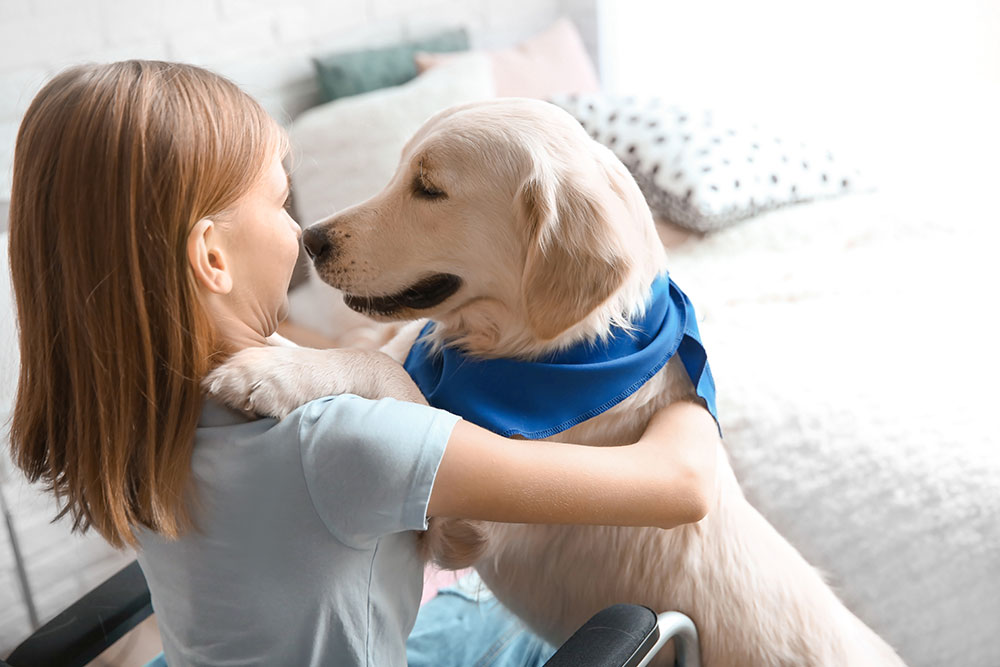 Service dogs can also be of any breed, but certain breeds are more popular than others, especially retrievers. While Canine Service Pals trains dogs of all kinds, Perfect Fit Canines obtains its dogs solely from breeders and works mainly with English labradors.

“They like to work,” Wagner says. “They love people; they want to please their owners. They’re intelligent. They learn rather quickly.”

In a perfect world, every person who needed a service animal could get one at no cost — however, Canine Service Pals and Perfect Fit Canines are both small nonprofits that depend on funding to continue providing Pittsburgh with service dogs.

Perfect Fit Canines requires handlers to pay a fee when they receive a service dog, which varies depending on the individual’s disability, according to Wagner. As for Canine Service Pals, Fodor says the nonprofit requests a $5,000 donation from each handler.

These donations don’t cover the full cost of raising and training the dog, according to Fodor, but they still make a difference.

“The dog’s really worth about $20,000,” Fodor says. “But if we can keep $5,000 coming in from the person, plus our fundraisers, the little business that we’ve created — because you gotta look at it like a business — then we have enough funding to keep it going.”

While service dogs are trained to do a lot for individuals with disabilities, Fodor says sometimes the greatest benefit a person gets from having a service dog isn’t a trained skill at all.

“They’re using them for what they need most — a friend.”