The city’s chefs, bartenders and food truck operators all have organized fundraisers that will take place in the next few weeks. 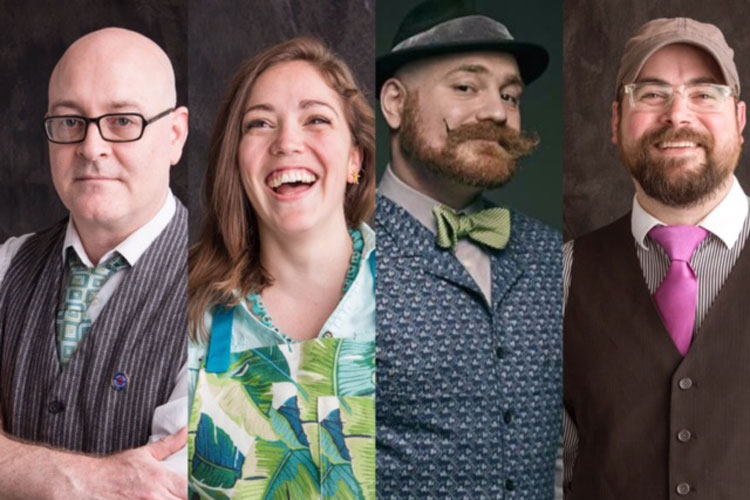 Pittsburgh’s restaurant community is among the many groups hosting a variety of fundraising events supporting victims from the Tree of Life synagogue massacre in Squirrel Hill. While many are in the works (keep your eyes open), here are a few that will be happening over the next few weeks:

On Nov. 11, Sean Enright of Spork and Shane Morrison of Acacia are hosting a slew of guest bartenders for their event, “This Goes To Eleven.” From 11 a.m. to 2 a.m., some of Pittsburgh’s most well-known barkeeps will pair up to shake drinks at Acacia to raise funds for Jewish Family and Community Services of Pittsburgh. Bartenders on shift for the day include Freddie Sarkis, Nicole Battle, Greta Harmon, Cecil Usher, April Diehl and Amanda Carto, among others. A limited food menu will be provided by Stagioni, Carson Street Deli, Spork and Double Wide Grill.

This event is personal to the Pittsburgh bartending community. Maggie Meskey of the Richard DeShantz Restaurant Group and her partner, Jake Leger, have spent the last week by the side of Leger’s father, Dan, who was wounded during the shooting. Leger is now out of the ICU and in recovery. The proceeds and gratuities from the event will be donated to Jewish Family and Community Services, where the Leger family volunteers.

Also on Nov. 11, Smallman Galley will host a five-course fundraiser dinner in supporting the restoration of Tree of Life Synagogue. Each course will be presented by a Smallman Galley chef and will come with a beverage pairing. Chefs Joey Hilty, Pete Tolman, Phil Milton, Hoa Le, Nate Peck and Kristen Calverley will be lending their talents to the event.

Mike Bregman, owner of the food truck BullDawgs, lost a close family friend, Daniel Stein, in the attack. In an effort to support the victims, some of Pittsburgh’s food trucks also are circling the wagons. From 5 to 10 p.m., Nov. 13, 16 trucks will park and serve food in the Beacon and Bartlett parking lot in Squirrel Hill. All of the proceeds will be donated to Tree of Life to assist the families of the victims and the rebuilding of the synagogue. The trucks include South Side BBQ, Blue Sparrow and Pittsburgh Sandwich Society.

At 6 p.m. on Dec. 2, Curtis Gamble and Derek Stevens are rallying together some of the city’s most well-known chefs for “Chefs Against Hate.” The group is working with a representative from the Tree of Life synagogue to make sure the money is donated to where the community needs it most. Each chef will be whipping up a small bite (a few things already on the list include sheep’s milk gnudi with blood orange and duck confit) and will be present on site to serve up the dishes.

The bar will feature donated beer, wine and mixed drinks. There will be 23 participating chefs, including Stevens and Gamble, as well as Trevett Hooper of Legume, Kate Romane of Black Radish, Richard DeShantz of the DeShantz Restaurant Group, Csilla Thackray of The Vandal and Lily Tran of Soba. The event will be hosted at Stevens’ downtown restaurant, The Union Standard, inside the beautifully renovated Union Standard building, Downtown. Tickets are $150 and include two drinks.

Correction: Freddie Sarkis was initially referenced as Frank. We regret the error.