See How Pittsburgh Chefs Are Giving Back

Some of the city's top chefs and bartenders are organizing events to raise awareness about food waste and hate crimes in our community. 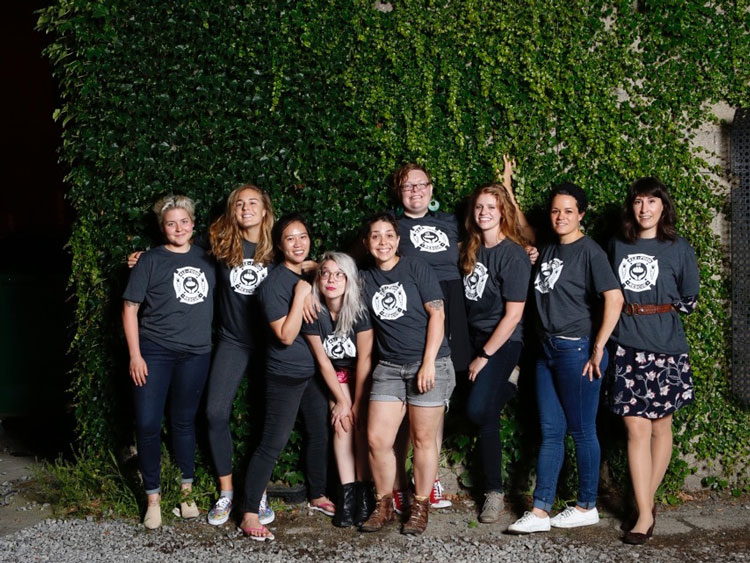 “I’ve always wanted to do an all-female event, mostly because I feel like there’s a lot of collaboration between more established [mostly male] chefs in town. It’s a chance to share a kitchen and develop a more in depth relationship with some chefs I never have had the chance to work with,” says Borges.

Proceeds from the dinner — tickets are $170 per person — will go to 412 Food Rescue, a non-profit organization dedicated to reducing food waste in Pittsburgh. “It’s an organization run by three amazing women,” Borges says.

Volunteers from the organization constantly are on the move collecting fresh, edible, yet past-its-prime food that needlessly is destined for the landfill, and diverting that food to the plates of the region’s food-insecure population.

“All of us that work in restaurants see how tangible a problem food waste is. Food waste affects restaurants financially, but using that waste could help solve a lot of issues with hunger,” says Borges.

The dinner is expected to be an eight-course celebration of summer. Tran will lead off the evening with dim sum appetizers; Thackray, Georges and Maze are collaborating on a soup; Lewis will tackle a vegetable course; Wardle a grain-based course; Romane will handle a pasta course; Zozula is planning on making fish; Borges and Hlavach are working together on the main course, lamb; Renee will round things out with dessert.

“It’s a really supportive group,” says Borges. “We have a network of people who are doing what you’re doing, and who understand by the hours and stress you go through as a chef, but also have the camaraderie of doing it as a woman.”

“It’s a conversation starter about how to make people aware of what’s going on in our community. The shootings Orlando sparked me to do this, but I wanted to keep it local and see if can help influence youths in Pittsburgh,” says Allie Contreras of Collective PGH.

To that end, Contreras and Liana Maneese have organized a series of events that kicks off with a “Celebrity Chef” bartending fundraiser. Six of the city’s best chefs — and one Pittsburgh Magazine dining critic — are bartending from 5 p.m. to midnight on Monday night at the Round Corner Cantina in Lower Lawrenceville. Chefs Csilla Thackray (The Vandal), Jamilka Borges (Spoon), Roger Li (Umami), Justin Steel (Bar Marco), Keith Fuller (Pork & Beans), Dave Racicot (täkō) and I each will work one-hour shifts during which we will prepare a signature cocktail. Half of the money from those cocktail sales and 100% of the tips will be donated to Collective PGH, which then will distribute the funds to a number of local organizations.

This dinner also will focus on the need to reduce food waste. Diners can expect trout trimmings to be used in canapés, Parmesan rinds and herb trimmings will enhance a stracciatella soup, bone marrow and leftover wine meet beef shank in bordelaise and a mash-up of ice cream is going to be churned into a unique, one-off flavor.

“It's about using the parts that usually get tossed out in the bustling rush to feed ourselves and about what it means when we understand waste as creative opportunity,” it says in the event’s press release.

This article appears in the August 2016 issue of Eat Street.
Categories: PGHeats