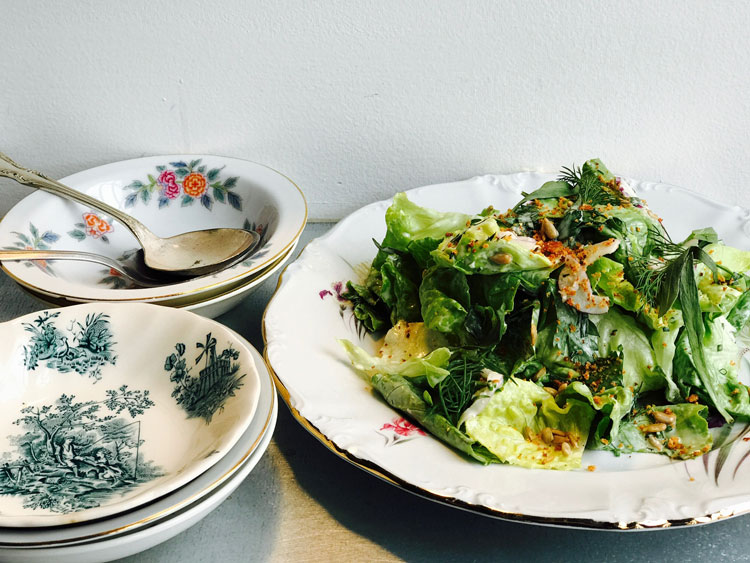 Brandon Blumenfeld now is the executive chef of Scratch Food & Beverage in Troy Hill. He’s spent the past five weeks developing an American gastropub menu that draws from his experience in Pittsburgh, New York and traveling abroad.

"My aim for the menu is to be focused on high-quality product served in an accessible way. I'm going to keep things interesting, but not put things on the menu that are so strange that only one person is going to order it,” he says.
​
Blumenfeld is a fourth-generation Pittsburgher with a solid culinary resume. He attended a branch of Le Cordon Bleu in Florida and, in 2007, moved to California where he studied agriculture at Cabrillo College near Santa Cruz. In 2009, he took a job in New York at David Chang’s famed Momofuku Noodle Bar (where he worked for a few months alongside Casey Renee, now pastry chef at Whitfield in East Liberty).

The death of a beloved family member in 2011 prompted a change. He left the David Chang empire, worked for a minute at a paleo-style restaurant in Union Square and then set his sights on a fulfilling a long-term goal: Working at the lauded pizzeria Franny’s in Brooklyn.

"All the time I'd been in New York I'd been eating at Franny's. Whenever I went there, I felt like the food they were doing was so incredible. I'd made up my mind I'd really wanted to work in that restaurant,” he says. 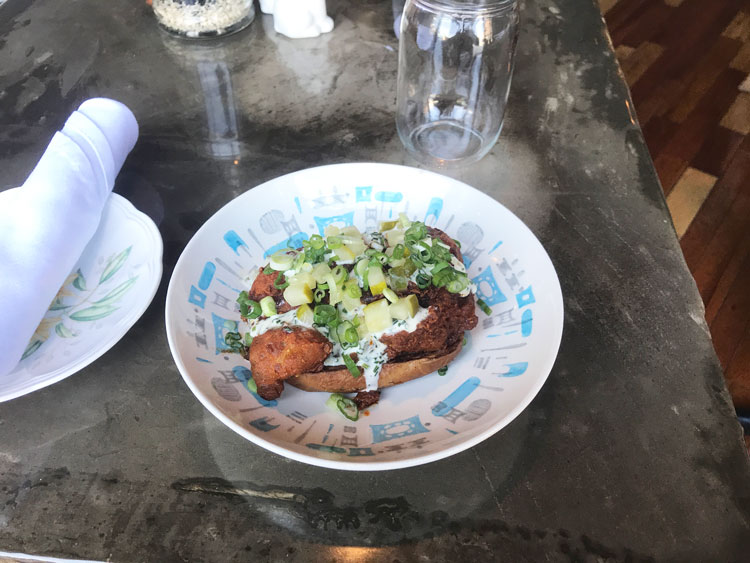 He pitched the owners and got the job. It’s there, he says, that he built the foundation that fuels his desire to form deep relationships with farmers and foragers.

He moved back to Pittsburgh in 2014 and, on his second day in the city, met Jeff Ryan, one of the chef/partners of Spirit in Lawrenceville. Ryan at the time ran the mobile pizza oven Pizza Boat. The two struck a fast bond, and after a quick stint on the opening team of The Commoner Downtown, Blumenfeld helped Ryan and the rest of the team at Spirit open the bar’s Slice Island pizza shop. He later ran a series of pop-up lunches on the bar’s patio. Blumenfeld also spent time at Morcilla (where he briefly was the restaurant’s sous chef) and in the kitchen at the East Liberty Whole Foods.

I recently sampled some of Blumenfeld's and largely was impressed with what he is developing in Scratch’s kitchen. I especially enjoyed the spring vegetable curry — an enticing, herbaceous dish — that was inspired by his recent culinary education and exploration in a month-long trip to Thailand. I hope to see more recipes along these lines.

Two dishes — butter lettuce salad and porchetta — exemplify Blumenfeld’s vision. The salad wasn’t particularly fancy, but the lettuce was fresh and flavorful, toasted seeds provided a contrasting, crunchy texture and the tangy, house-made buttermilk dressing was a big step-up from the ho-hum, store-bought variety. The porchetta was built with a similar framework — a perfectly cooked, traditional preparation of roasted pig, but topped with a fried egg to enhance the pork's richness and Aleppo-pepper infused honey to bolster its sweet side. It’s those small details that, if Blumenfeld succeeds with his vision, will set Scratch apart from typical neighborhood pub fare.
​ 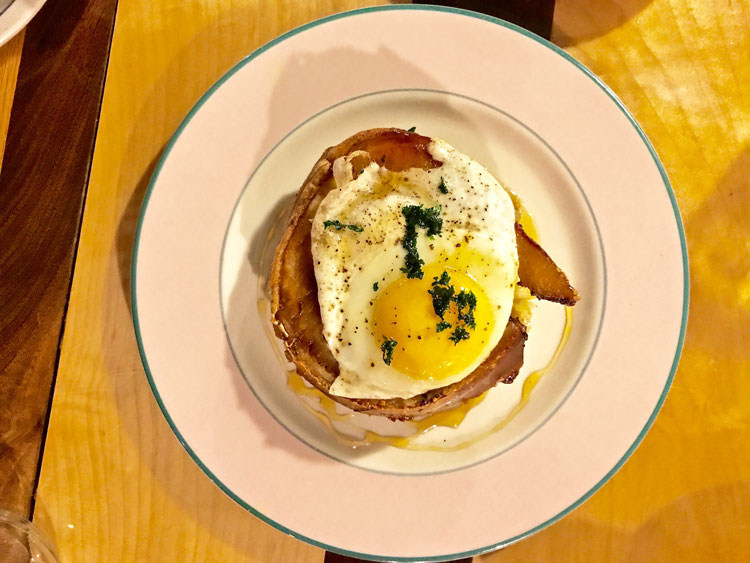 Blumenfeld insists that, even though Scratch is a neighborhood bar, there won’t be a burger and fries on his menu. "You can get a hamburger and French fries just about anywhere. If someone wants those they should go to a restaurant that specializes in hamburgers and French fries,” he says.

He does, however, realize that it’s tough to draw Pittsburgh diners even into well-known restaurants early in the week, and, as of next week, he is planning to add a bar menu to cater to patrons who regularly visit Scratch for trivia night, karaoke and other non-food-related activities. Look for fried chicken specials and perhaps something along the lines of a cheesesteak.

"We have some adventurous eaters that come up here, but for the most part this is a neighborhood restaurant,” he says.

As for the rest of the menu, diners shouldn't grow too comfortable with any particular dishes. Blumenfeld seems interested in using Scratch as a testing ground and plans on enlisting his farmer and forager friends in the endeavor. "I'm a roll-with-the-punches kind of chef. If I can get a product and make it work financially for us, I'll put a special or an item on as soon as I can make a dish that I'm happy with,” he says.