This will be the fourth location in the United States for the international brewery with a punk rock ethos. 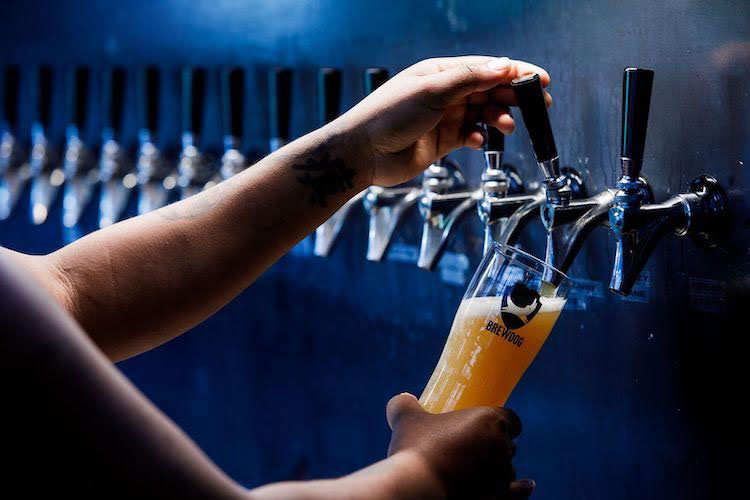 BrewDog, a Scottish brewery with more than 50 locations around the world, will open a Pittsburgh outpost this fall in the Eastside Bond building in East Liberty. It will be the brewery's fourth location in the United States; its three other locations are in Columbus, Ohio. “I’ve been looking for sites in Pittsburgh since 2018. I knew it was an amazing beer city. I was out one Friday afternoon and all the breweries and bars I visited were bustling. We’re very excited to be a part of the community,” says Keith Bennet, a BrewDog representative.

BrewDog was established in Fraserburgh, Scotland, in 2007 by co-founders James Watt and Martin Dickie. They developed their flagship beer, Punk IPA, along with the rest of their Headliner series by drawing inspiration from '70s and '80s punk bands such as the Sex Pistols. “For us, what punk means is doing things a bit different and being uncompromising and not taking no for an answer,” says Bennet.

In 2010, BrewDog launched a crowdfunding campaign called “Equity for Punks,” an effort to raise money from their customer base rather than going to outside funders. The initiative has now raised over 61 million pounds (approximately $77 million) over five separate stages of fundraising. Contributors to the campaign receive shares in the company as well as influence on the beer that’s brewed, special discounts and other perks. Currently there are around 97,000 shareholders in the program.

The punk ethos the company tries to embody also extends to their staff. “We feel if we invest in our staff, we’ll be better off. They’re the life blood of the business,” says Bennet. BrewDog pays a living wage, offers benefits, healthcare, pension options and paid time off for all employees. Along with paternity and maternity leave, the dog-friendly company offers “pawternity” leave — 7 days paid time off when an employee gets a new canine friend. They also donate 10 percent of their profits, in the form of a “unicorn fund,” to a charity nominated and chosen by their staff and shareholders.

The Pittsburgh menu will feature bar food such as burgers and stone-baked pizza, and the space will allow for both indoor and outdoor dining and drinking. BrewDog plans to support the local breweries by dedicating half of its taps to local brews, while also introducing a few beers from other UK breweries. This cultural beverage exchange has led to beers from U.S. breweries such as Columbus’s Land-Grant Brewing Company, being sent to its UK locations — an exciting potential opportunity for Pittsburgh brewers.

“We want to make people as passionate about craft beer as we are,” says Bennet. “We’re really excited to come to Pittsburgh.”