The changes are all part of a multimillion dollar park improvement plan that Sandcastle unveiled on April 1 — no joke. 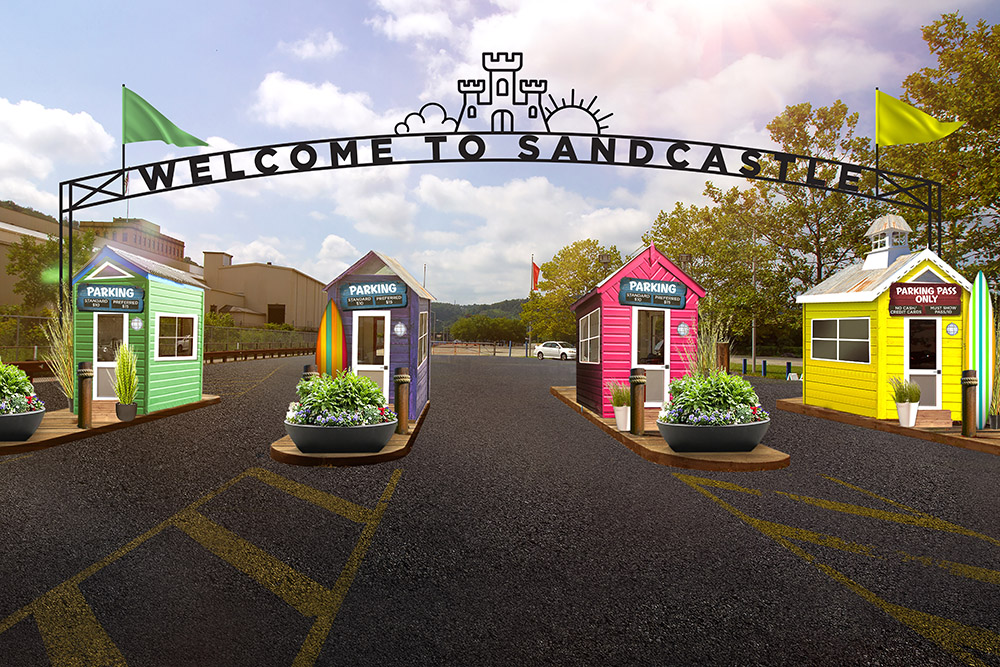 It’s been a big year for Pittsburgh’s amusement parks, and the season hasn’t even begun yet.

Last month, both Kennywood Park and Idlewild Park & Soak Zone announced that they would open earlier than usual with some notable changes in store. Today, Sandcastle joined its sister parks with the promise of exciting events, a new waterslide and more — all part of a multimillion-dollar park improvement plan.

Park officials said Sandcastle will look better, brighter and fresher as major changes touch every major area of the park.

“Guests will be stunned when they see the all-new look of our world-class water park this year,” said Ricky Spicuzza, Sandcastle’s assistant general manager, in a press release. He said park updates began last season with some improvements to its appearance, new food and beverage offerings and a new Jammin’ July musical event.

“We are now building upon those successful changes this year and offering a brand-new Sandcastle experience unlike anything the Steel City has ever seen before,” he added.

The most notable addition is the waterslide, which the park announced last November. The high-altitude, free-fall body slide is called Bombs Away, and it’s moving into the area near the Lightening Express. Riders will step into an enclosed launch capsule, which marks the park’s highest point. When the countdown hits zero, the floor will vanish, dropping riders down 300 feet at speeds nearing 18 miles per hour.

In a statement last fall, Kennywood and Sandcastle General Manager Mark Pauls said Bombs Away will be “perfect for all water park thrill-seekers.”

“This drop is over the top, and riders will love looping around and around to the splashdown,” he said.

Other updates to Sandcastle will include a new stone facade in the Mon Tsunami Wave Pool, which will create the illusion of rocky cliffs. A waterfall also is added to the pool. The Boardwalk, overlooking the Monongahela River, will receive a new steel archway with illuminated, dimensional lettering. All its light posts have been updated to gooseneck lighting, with string lights illuminating the pathways in the evenings.

The park’s menus are getting refreshed, too, and the food and beverage stands will be visually enhanced with new signage and “refreshed color palettes to embody a modern, seaside feel,” according to the press release. All the slides will be repainted with the same colors, and the two walk-up bar locations — Cocomo Joe’s and Sandbar — will have new colors and textures added to their seating and backdrops.

A sleek, modern look will revitalize the Mushroom Pool, which boasts a new mural along its back wall. To make sure there’s no shortages of sand castles at Sandcastle, a new 2,000 square-foot sandbox will be situated right off the Boardwalk. An oversized Adirondack chair will provide ample family photo opportunities, too.

New landscaping, including foliage, flowers and ornamental grass, will also be peppered throughout the park.

This summer will also feature a lineup of new or redesigned events, according to park officials:

Check out the renderings for the park updates below: