Rowing on the (Mon) River

Students in the Mon Valley hope to row their way into competitions and college scholarships. 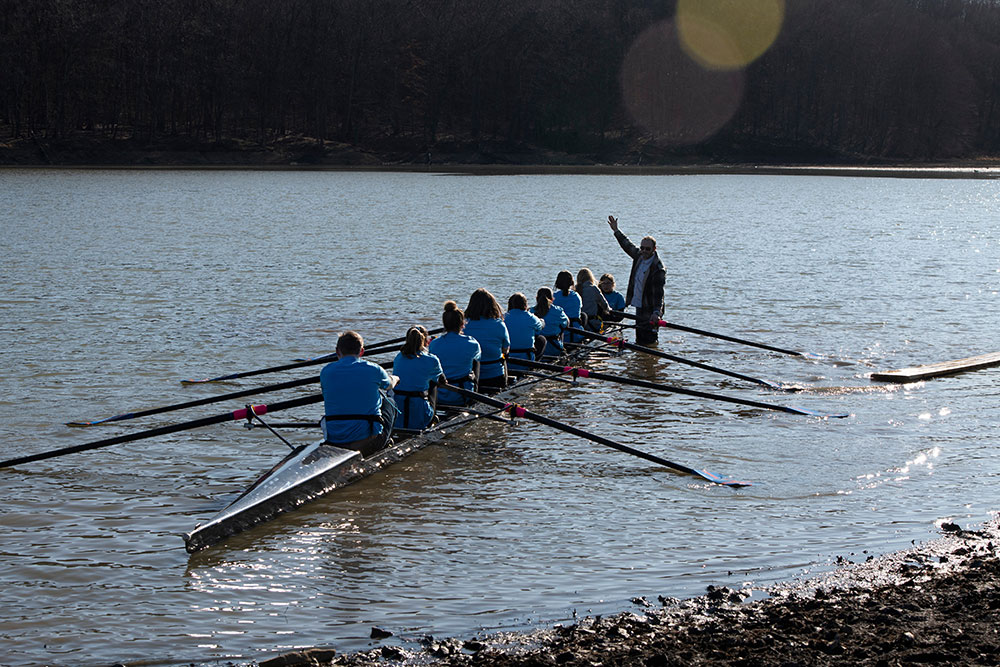 The thing about rowing, Nathanael Stevens says, is that it’s remarkably simple. “You sit down and you have to row 2,000 meters. Every stroke is about 10 meters. It’s as fast as you can do it.”

Stevens, president of the Mon Valley Rowing Club, says the sport rewards hard work: you practice, your time drops, you feel the thrill of beating your own personal record. Combined with your teammates, the boat goes faster. “Success is not something out there floating in the ether that you have to magically achieve. It’s right there.” That mastery, Stevens says, can translate to school, employment and character.

Those benefits are the aim of the Mon Valley Rowing Club, a program for high school students from Monongahela to Brownsville. Stevens formed the club in 2019 in response to community concerns about a lack of opportunities for regional youth. He rowed in college, but not at a high level — “Nothing that would lead to this,” he says — and spent time as an assistant coach in Texas during seminary.

The Mon was open for the taking. The group found water access at the site of the former Charleroi football stadium and a coach in Emma Schauf, who also coaches for Carnegie Mellon. 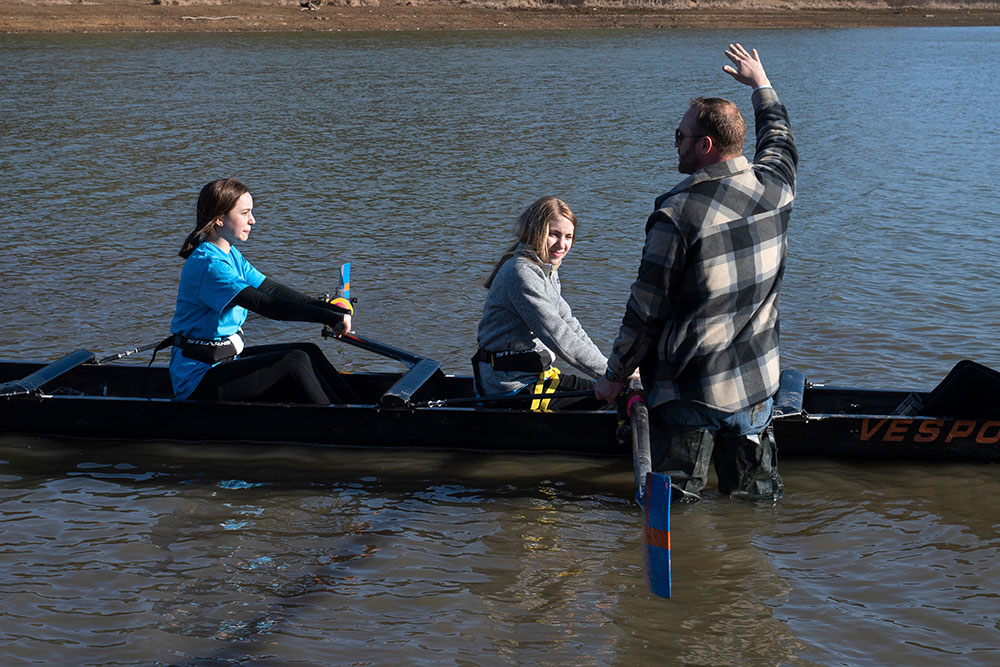 To offset the extensive costs associated with the sport, the rowing club raised more than $50,000 in individual donations and received a $5,000 grant from Dick’s Sporting Goods. Student cost per semester is $1,500; however, the club has a generous scholarship program in place, both in the amount (95%) as well as eligibility. “You don’t have to be in poverty to get a scholarship,” says Stevens. “If you want to row, we’re going to make it work.”

As of late February, the club had recruited six rowers. They hope to reach an initial cap of 20. They will participate in their first race in the fall, with the goal of becoming competitive with clubs across the region. 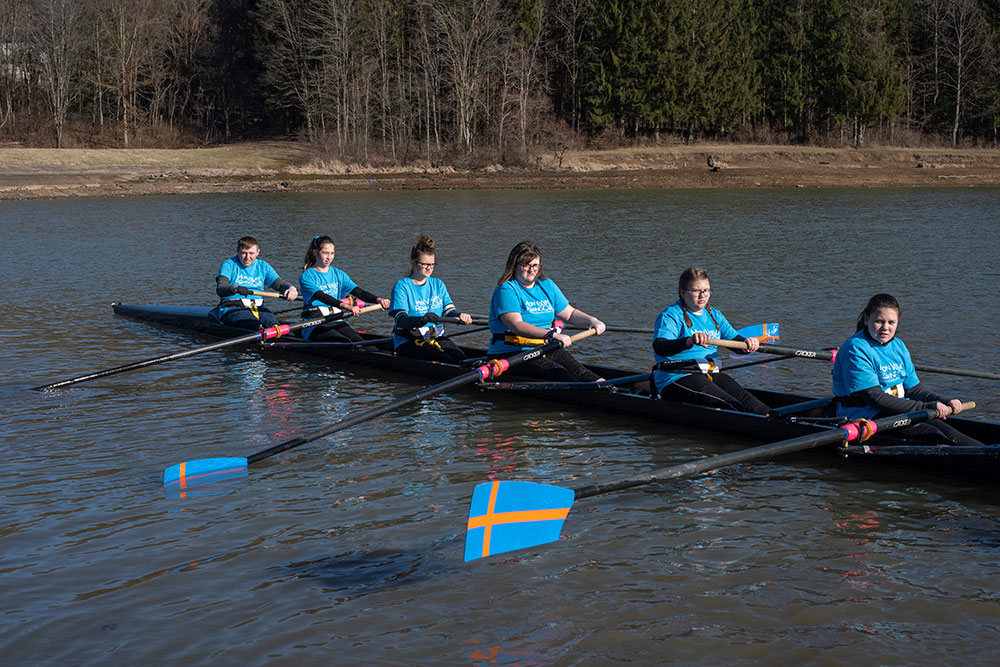 Regional and national competitions give students opportunities for travel and connection. Because large regattas take so much work, Stevens says, they are often attended by college and masters teams (non-collegiate adult competitors) as well. “It gives you a really big picture of the world and opens up doors and builds relationships to take education and rowing to that next level.” (To balance Title IX numbers, football schools often rely on well-populated women’s crew teams, making for abundant scholarship opportunities.)

Closer to home, Stevens hopes that forming a club team — as opposed to a squad at an individual high school — will help bring the Valley together. “We think it would be an awesome thing to have one team borne from all these communities, getting united together, and going out and conquering the world through their rowing team.” 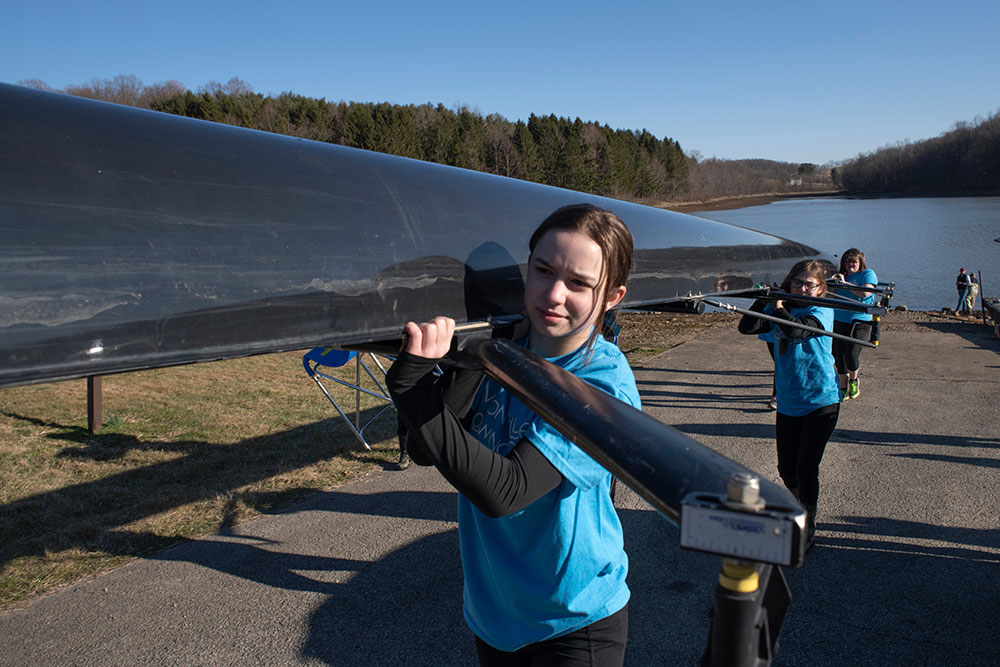 Other plans include launching an adult program this summer. Long-term, the rowing club would like to build the juniors program to 100 students, then to 300 to 500 rowers. Eventually, starting a spring regatta would double as an economic boost; Stevens says community leaders see their stretch of the Mon as a place for restoration by way of water recreation: canoeing, paddleboarding, dragon boat racing and the like.

Off the river, the rowing club encourages (though does not require) rowers to pair with mentors from nonprofit mentoring organization Family Guidance. “To be part of this organization is to be cared for,” says Stevens. “You join our team, we’re looking out for you. We’re invested in you.”