Review: Senti in Lawrenceville, So Close to Fantastic

The restaurant offers top-notch service along with a menu of traditional Italian fare. 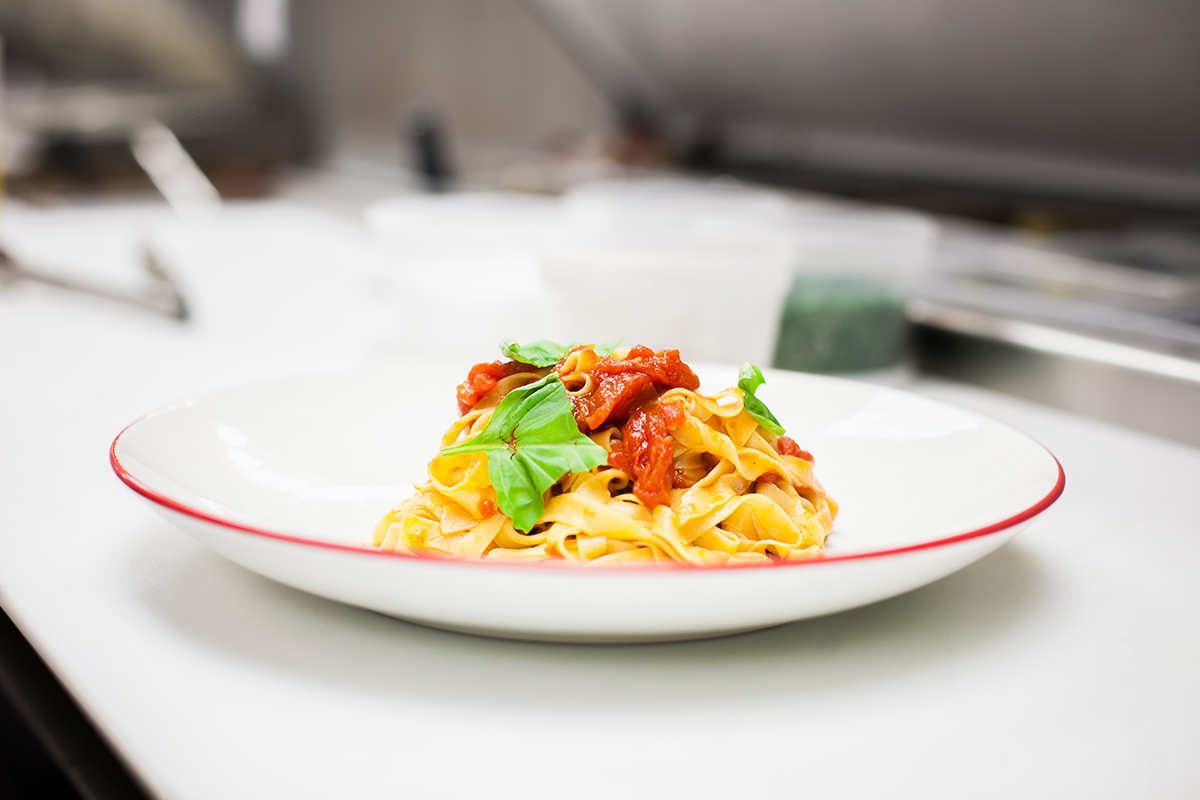 Franco Braccia, the impeccably dressed co-owner of Senti Restaurant & Wine Bar in Lower Lawrenceville, glides from table to table, sharing a warm greeting with one customer and telling a quick story to another. Braccia is a native of Abruzzo, Italy, with 35 years of experience in the restaurant business, most recently as general manager at Lidia’s Pittsburgh in the Strip District.

At Senti, he and his wife, Annette Ishida, create an atmosphere that harkens back to a period when dining out was a special occasion.

Top restaurants today generally draw customers because of a chef’s reputation. Overall it’s a boon that chefs’ voices are stronger than ever, but it’s easy to forget the personable hospitality that only a proprietor-driven restaurant can bring to the table. Spend 10 minutes at Senti and you’ll be reminded of how nice an experience that can be. 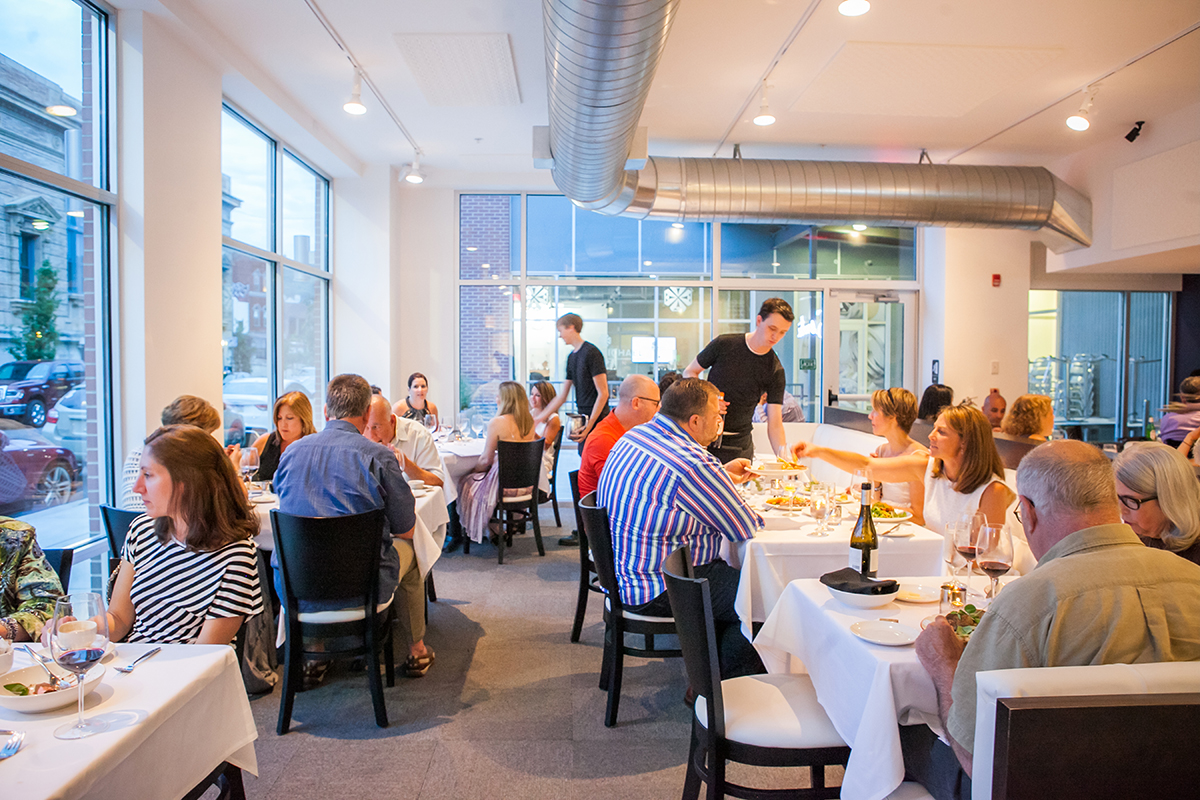 At Senti, most of the patrons dress up for dinner. You don’t need to wear anything formal to dine here — but as welcoming as the service is, you’ll likely feel uncomfortable in shorts and a T-shirt.

Braccia’s professionalism translates to the rest of the staff, too. They are attentive, informed and engaged, but they also know how to step back when it’s time to let diners engage in conversation. 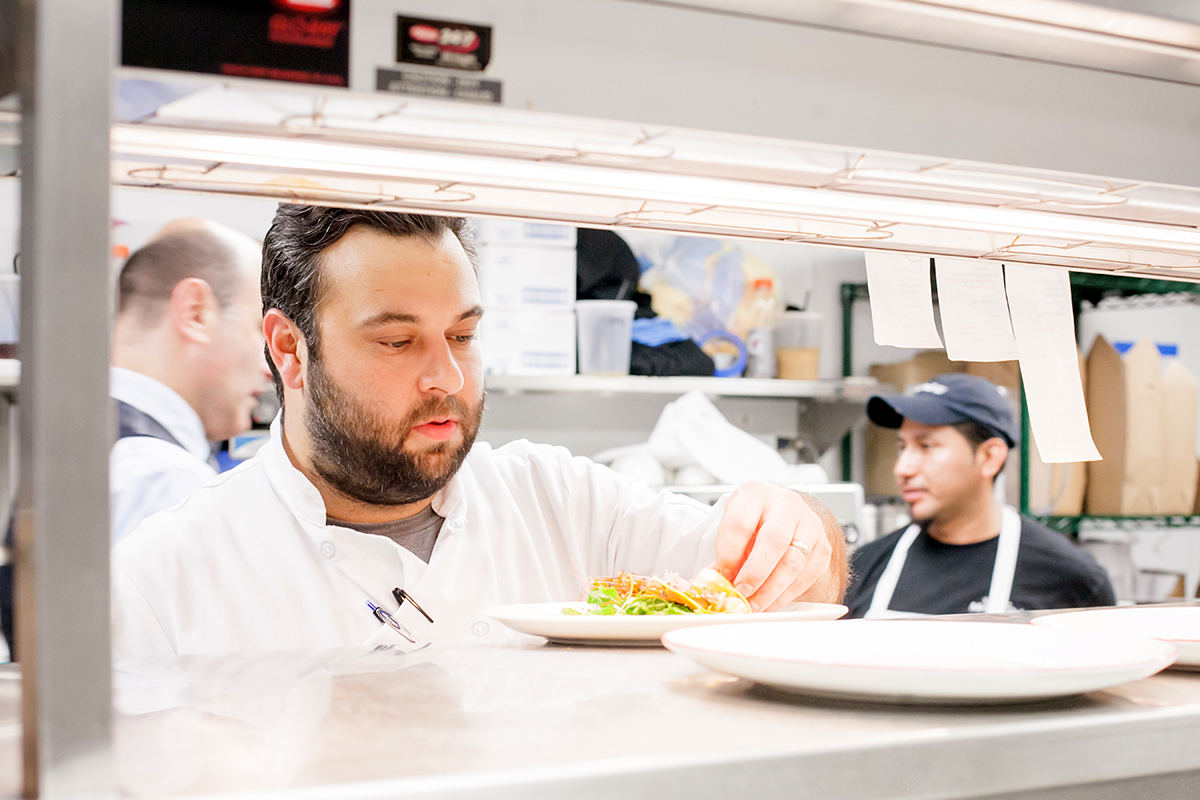 Nearly every dish I tried was underseasoned. This might be a problem with recipe design and execution, as most were plated with salty bits of cured meat or other similar items. It’s a concept that makes theoretical sense, but a skilled chef should know how to balance salinity of ingredients with an additional pinch or two of salt.

The only place “ingredient as salt substitute” worked was in the spaghetti in salsa (spaghetti in onion and anchovy sauce). Humble visually, it’s by far my favorite dish on the menu. The sea and salt of pulverized anchovies mingle deeply with the housemade spaghetti, and sautéed onions add subtle sulfur. More than any dish on the menu, it captures the essence of southern Italian cooking.

I wish this idea worked better in other dishes. It hasn’t yet.

The sautéed scallops in the capasante al rosmarino were crispy-crusted outside and succulent inside, but unless every bite also had speck and beet-apple purée on the fork, the scallops’ inherent brine was flat. The same held true with a bronzino special: Have a bite of the accompanying vinegared bread salad and the fish swim; eat the bronzino solo, and it is a flaccid disappointment.

Other dishes were so close to fantastic it pained me that they weren’t. Zuppa d’orzo perlato (barley soup with speck) with its thick broth of al dente barley, precision-diced vegetables and olive-oil accent would have been a comforting seasonal transition dish if only I’d brought along a tin of pocket salt.

In better news, desserts as a whole are rather good. My favorite is the mini doughnuts accompanied by creamy, roasty coffee mousse. Chocolate bread pudding served with rosemary-infused ice cream also is a delightful, warm comfort, though the pudding was a little too eggy the second time I had it. The rosemary ice cream is a perfect pair for the rich custard. 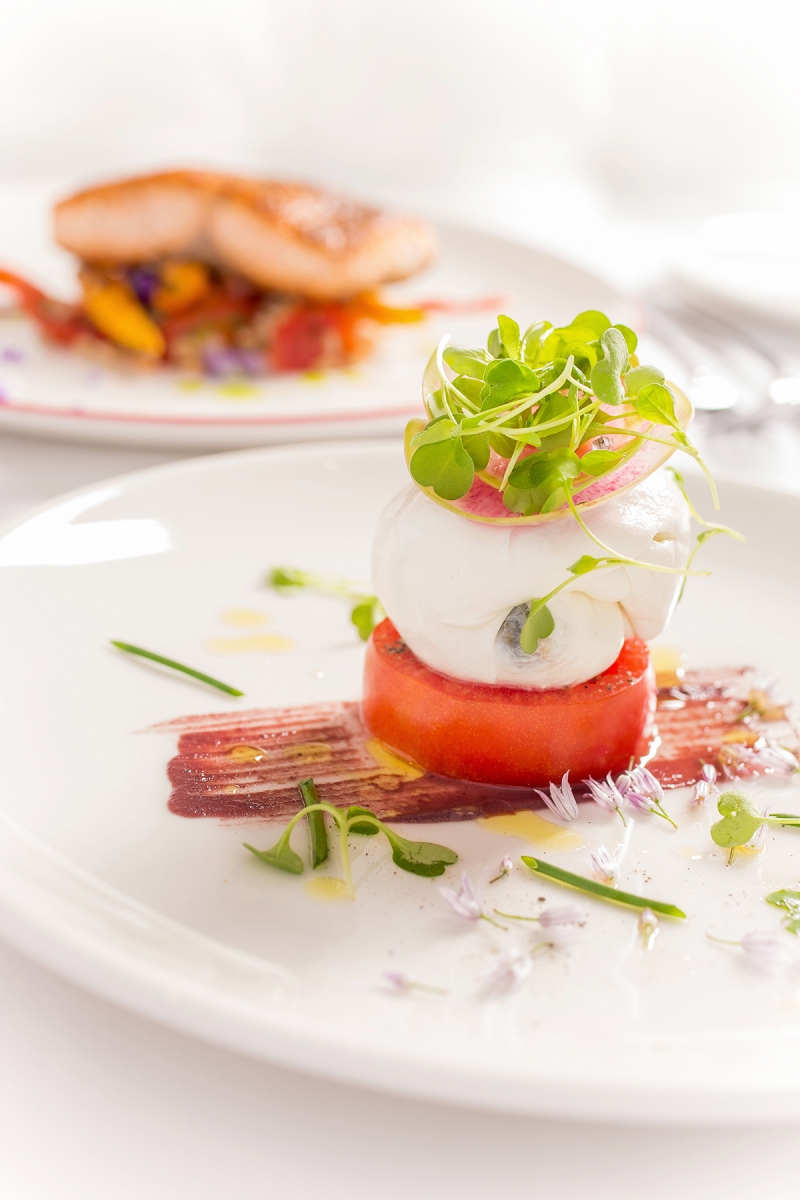 In contrast with the warmth and confidence of service, the décor at Senti is cold and confusing. “It’s like a teenager. It doesn’t know what it wants to be,” said one friend.

Another says she felt as if she were visiting “an apartment of a boring rich guy with too much money but no taste.”

The beverage program at Senti is outstanding. Braccia knows his wine, and he’s got a novel way to share his expertise with you: a wine machine. The dispenser allows a customer to have 1-, 3- and 5-ounce pours of wines that for many are too expensive to purchase by the bottle. If you’re in the market for a whole bottle, the list here also is top-notch. Even one of the least-expensive entries on the list, a bottle of Primitivo Primaterra, is a great value at $32.

The rest of the bar choices, especially the curated selections of amari and grappa, also are terrific, as are most of the cocktails. 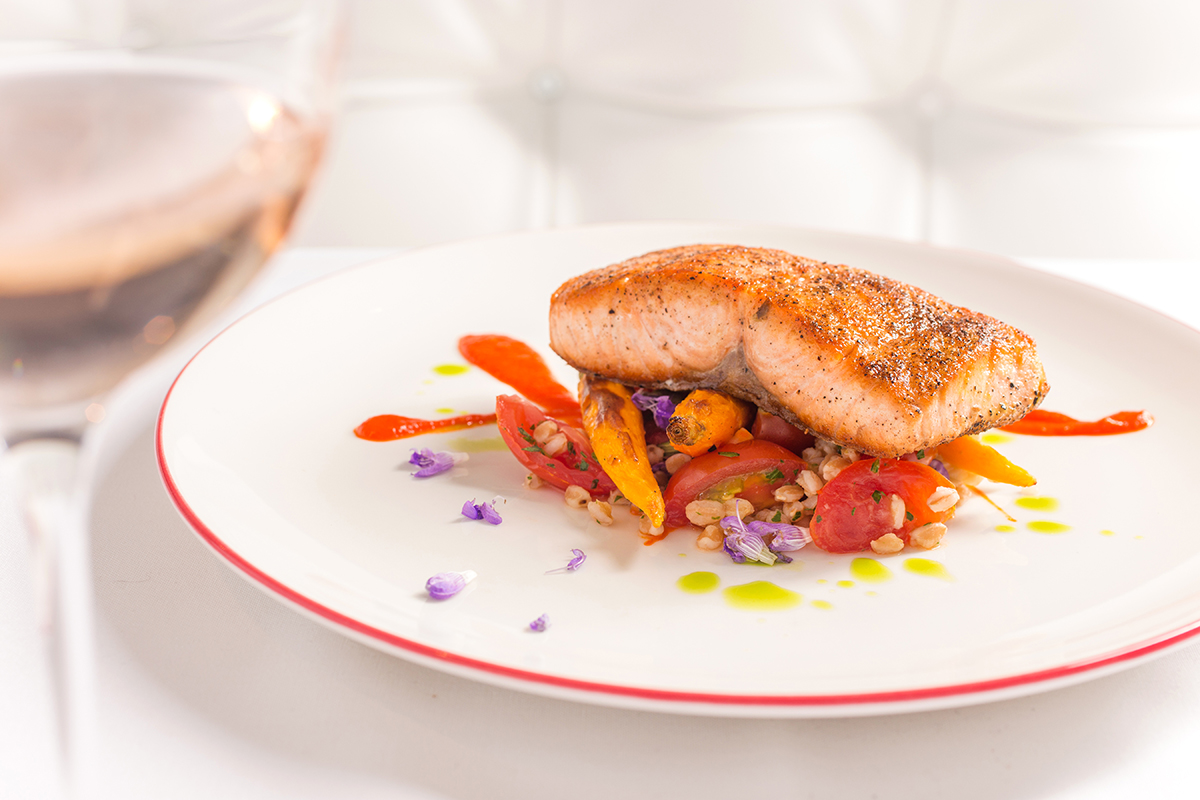 There’s something beautiful about having a simple plate of spaghetti in salsa, drinking excellent wine and talking with Franco Braccia; I’d love it if the rest of the dishes caught up with that experience.

If Carlson and his team exercised a bit more precision before dishes left the kitchen, Senti could quite quickly find itself as a go-to destination in a city that — with just a few exceptions — is missing standout Italian restaurants. It’s not quite there yet, but I hope it soon will be. 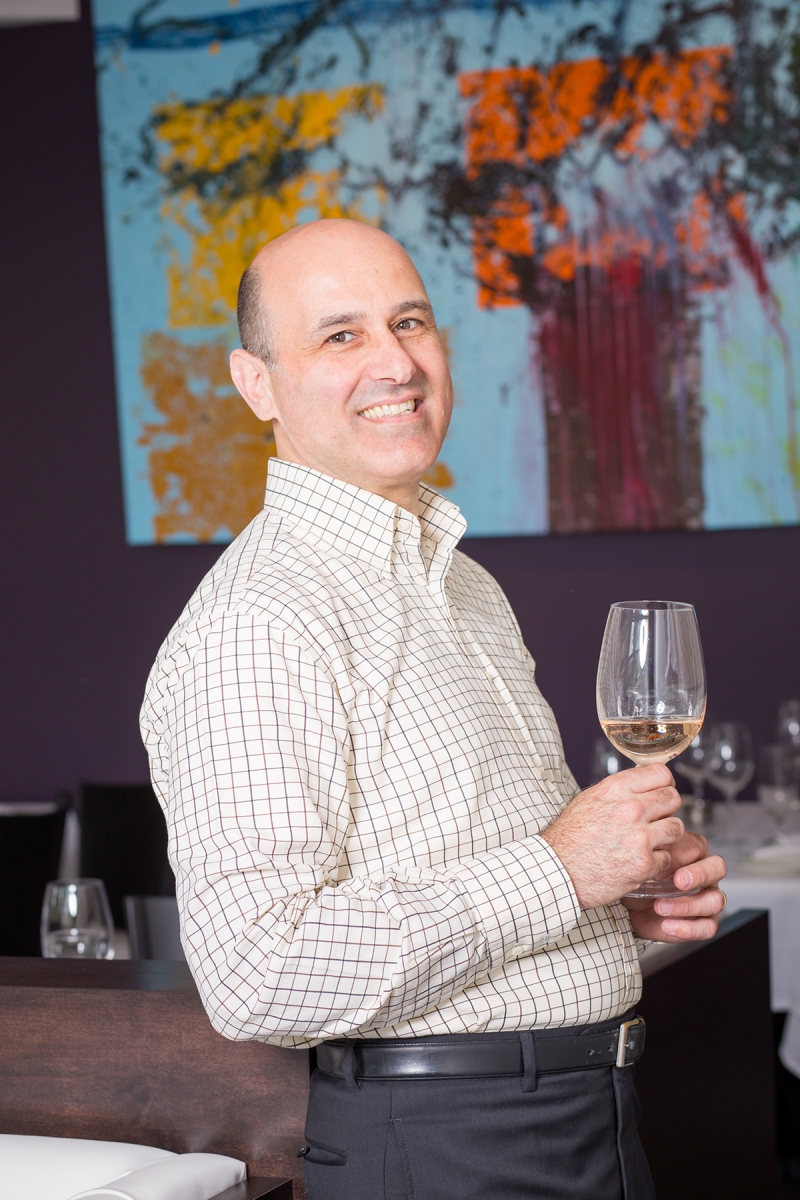 How did you get started working in restaurants?   That’s a story! I first went to school for engineering, but I was always fascinated by traveling and food. So I did five years of culinary school — three years in the kitchen and two years at front-of-house. Then I started to work in Venice with Hotel Cappelli.

How did you end up in Pittsburgh?   My in-laws moved from New York to Pittsburgh [more than] 30 years ago. When I came to the States, [I spent nine] years in New York and then moved to Pittsburgh eight or nine years ago. I [worked for] three years at the Renaissance [Pittsburgh] Hotel and most recently [for] five years at Lidia’s.

How important is having good hospitality at a restaurant?   For us [Italians] it’s about making people feel like they are at home. When you are with us, you are not away from home. That is the mentality I grew up with in Italy. If you are here, we will always receive you with a smile and say goodbye with a smile. That doesn’t cost anything. I wish the whole world were that way.

How much of your vision is in the kitchen and how much is the chef’s vision?   What I give to Shawn is the vision, and it’s up to him to make it a reality on the plate. Enrico [Scolari], my friend from Italy for a long time, came over for two months to train him. He wanted to teach [Shawn] the Italian mentality: how we cook and why we cook that way. Shawn can take specific recipes and do what he wants, but he has to understand the Italian way.

You have this great wine machine …   That was something I saw many years ago in Italy. It lets people try wines that would normally be very expensive if you committed to a whole bottle of the wine. Now you can have a taste.

Dining has become a much more casual event. But here, things are different.   There are still people who like to dress up to go out for dinner. The last 10 years or so we’ve lost a lot of that. We want everyone to feel like they can come, but if it makes you feel better to dress up, good. We love it. But if somebody comes with jeans, they shouldn’t feel awkward; you are more than welcome to come in, too. Enjoy your night.

This article appears in the July 2015 issue of Pittsburgh Magazine.
Categories: From the Magazine, Restaurant Reviews