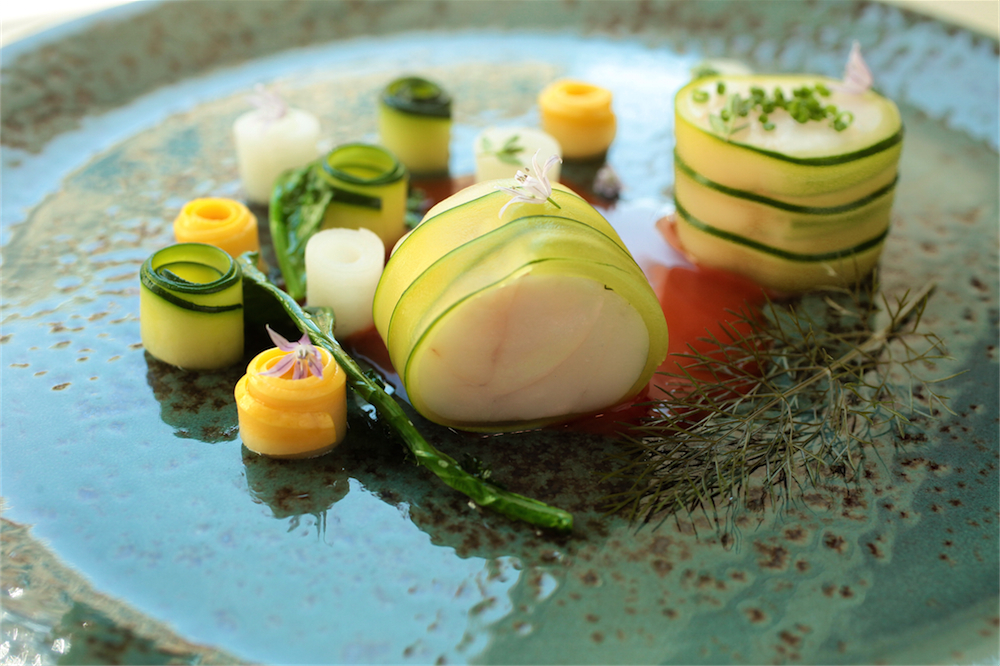 Reinvented in an East Liberty location, the new incarnation of notion, which took an 18-month hiatus before relocating from Oakmont, has a more accessible menu that still expresses chef/owner Dave Racicot’s unique perspective.

Although he might not describe himself this way, Racicot is something of a food artist. At notion, the main ingredient of each dish is deeply considered, then layered and complemented with a number of elements — sauces, infusions, foams and gelées — to create complex dishes with playful contrasts of flavors, textures and hues. Every plate is a work of art. There’s also a touch of alchemy here, so notion may not be for everyone.

At notion, there are three menus: a four-course fixed price for $65, a six-course tasting for $85 and an eight-course for $105, which was added at press time. The entire table must order the same option so that service can be properly timed. For the four-course menu, choose an appetizer, fish, meat and dessert from three choices listed per category. The menu fluctuates when Racicot is inspired to design a new dish.

I recommend choosing one of the multiple-course chef tasting menus in order to better experience Racicot’s personal vision. Portions are reasonable, so you shouldn’t feel overstuffed. The $85 price is economical when considering the quality of food offered, particularly in comparison to similar meals in other cities.

Every dinner starts with two amuse-bouches, which set the tone for the meal. Though the offerings vary, I enjoyed the creamy white onion soup. Of the first courses, the tartare is sublime, featuring small rounds of iceberg lettuce on which you can make “lettuce wraps” of beef tartare with peanut sauce and Korean-inspired spices. Another intriguing starter was the barley risotto with espelette cream, manchego custard and thinly sliced cauliflower. 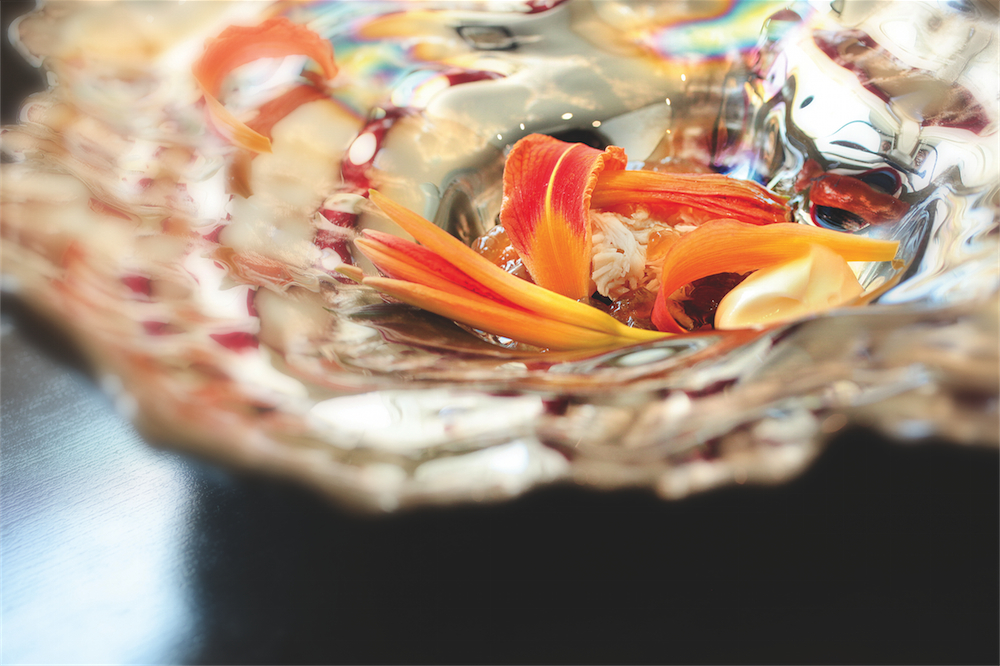 Among the fish courses, I enjoyed cod with fennel custard and breadcrumbs infused with squid ink. Other choices of finned fish have included halibut cheeks.

There are a few dishes where the manipulation of an ingredient is not an improvement. For example, the scallops are blended and reformed into short tubes, similar to gnocchi, and served in a light Parmesan broth. The interpretation of the scallops seems like a step down from the natural form.

As for entrées, the tender chicken was a highlight, served with a potato sauce and sautéed morel mushrooms. The wagyu beef with royal trumpet mushrooms and truffle cream was also very good.

The milk chocolate dessert is a mingling of flavors and textures; pieces of Nutella cake are served with banana pudding, orange purée and dehydrated chocolate. It’s hard to stop eating this dish. A more unusual dessert is the black sesame cake, which resembles pieces of sponge, served with a white chocolate sauce and accented with yuzu and coconut flavors; it will challenge your palate. The mignardises served at the end of the meal also change, but two previous offerings have been housemade truffles and coffee-infused macarons.

The interior of notion is done in soft tones of wheat and flax. The space is a one long room with banquettes and chairs providing seating for 28, so reservations are a must. The standout decoration is a multicolored glass light installation created by Pittsburgh Glass Center artists Heather McElwee and Chris Clarke; it stretches almost half the length of the restaurant’s ceiling. Racicot’s future plans include changing up the décor completely.

Service at notion is impeccable. Servers, who remain attentive, have tasted all of the food and can answer questions in great detail.

Notion is the kind of modern American restaurant now found in every major U.S. city; it’s edgy and creative. As our dining scene continues to thrive and expand, the timing of notion’s re-emergence couldn’t be more perfect. 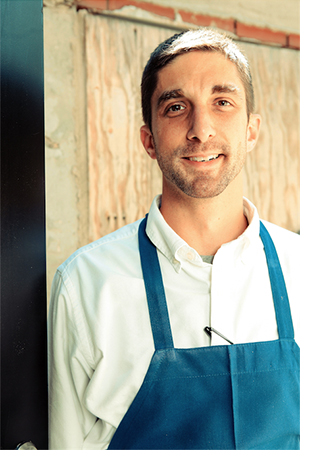 What’s different about the new incarnation of notion?
It’s been a year-and-a-half since I closed the old notion, and I have to say [that] I think the new notion is much more focused. I really like the fixed menu format because I can offer a nice balance of food in appropriate amounts, so diners leave satisfied. I also like the dining room and kitchen because they are streamlined and more efficient. I love the new location; it’s really in the middle of everything.

How do you develop such complex dishes?
I always start with a specific food and visualize what could happen with it. For example, I could take asparagus, grill it and serve it with balsamic vinegar and salt, and it would be wonderful. But the expectations I place on myself and the expectations of my diners are to push it farther. I have a dish on the menu now that is asparagus with a sweet egg-yolk jam. Now, the egg is as important as the asparagus. It’s accented with mustard seed and caramelized sunflower-seed paste. I put a lot of thought and time into weighing the importance of different ingredients and tasting as I go.

How important are aesthetics to the development of your dishes?
Ultimately, flavor is the most important thing; however, the aesthetics of the plate are very important to me. I don’t want the dishes to be too studied, but I want the guest’s first impression of the appearance of the dish to be positive.

Do you think you were destined to become a chef?
No, not at all. I did not come from a “foodie” family. I think when it comes to your career, you just need to pick something and then work really hard at it.

What are the differences between home cooking and restaurant cooking?
Home cooking is really about nourishment. You might do a nice job at plating up the food or preparing a nice dinner for your family. But I believe [the job of a chef] is to put good food on the plate.

This article appears in the August 2013 issue of Pittsburgh Magazine.
Categories: From the Magazine, Hot Reads, Restaurant Reviews