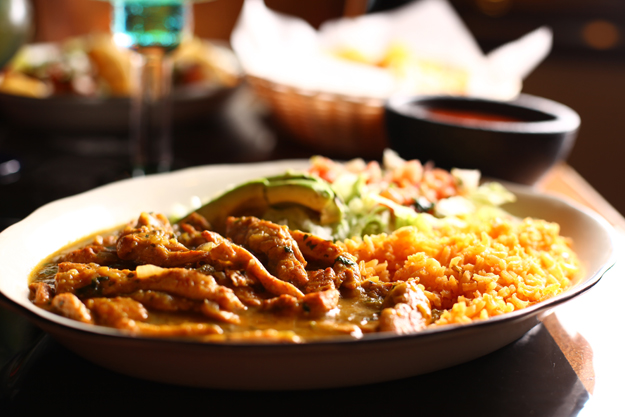 As you stand in the middle of Market Square today, you can see at least a dozen eateries without even peeking down the side streets. It’s a something-for-everyone mix of old-time Pittsburgh favorites, such as Primanti Bros., Original Oyster House and Nicholas Coffee Co.; familiar chains, like Chipotle Mexican Grill, Bruegger’s Bagels and Starbucks; and new independent restaurants, including NOLA on the Square, Winghart’s Burger & Whiskey Bar and Diamond Market Bar & Grill.

This is truly a place where everyone can find something that appeals to them.

Las Velas Mexican Restaurant is located on the second floor (above Diamond Market) in the space formerly occupied by Market Street Ale House. The centerpiece of this single-room restaurant is its bar, and, interestingly enough, patrons can sit at any of the tables and still have a perfect view of the hubbub of the Square.  Mustard and crimson hues fill the interior — giving it a fun south-of-the-border feel — that’s accented with dark wood and decorated with Mexican poster art as well as photos reminiscent of the Mexican revolutionary period.

Chef/owner David Montanez, who’s married to Virginia Montanez (aka PittGirl), deserves recognition for his commitment to the historic Square. He opened Las Velas in 2009 in the midst of the major $5 million renovation. By Light up Night 2010, the area’s overhaul was finally nearing completion. Las Velas had survived the construction woes, but a major electrical fire ravaged the restaurant a few days later.  Despite the temptation to throw up his hands and relocate, Montanez stayed the course and undertook an eight-month interior renovation, reopening the eatery’s doors in August 2011.  Fortunately, his patience and dedication have paid off:  Las Velas is thriving, and Montanez describes the finished Square as “a beautiful place … a destination.”

First up are the drinks and chips.  The tortilla chips are hot and thin, served with homemade salsa ($2.50), queso cheese ($3.50) or homemade guacamole ($4).  And the salsa is medium-spicy with a tomato-y flavor, while the chunky guacamole is bright green, comprising freshly smashed avocadoes with a nice balance of onions and lime juice. The two margaritas ($6 each) I tried were delicious: a traditional “up” with salt and a frozen strawberry one.  Not a fan of margaritas? That’s fine — there are other beverages, such as sangria and Mexican draft beers like Dos Equis and Modelo.

The entrées are a mix of standard American-Mexican cuisine (such as a burrito with rice and beans) and some interesting, less common dishes.  I enjoyed the Pollo Al Cilantro ($15.50), featuring tender chunks of chicken breast cooked in a cilantro sauce (similar to pesto), served with rice and refried beans.  Another good choice is the Puerco en Mole Poblano ($15.50), slow-roasted tender chunks of pork in an earthy mole sauce, lightly flavored with cinnamon and cocoa. 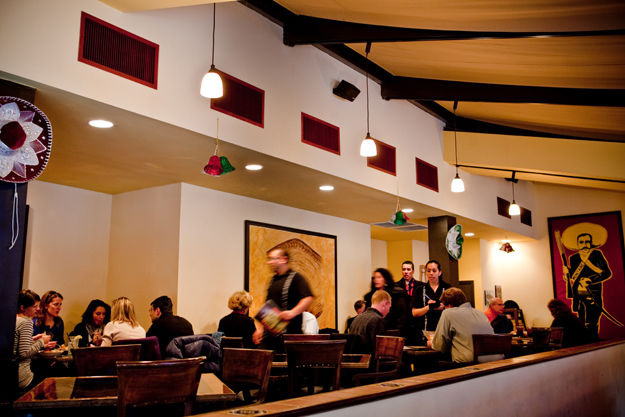 The Chiles Rellenos ($16) are decent: two lightly battered poblano peppers stuffed with chicken, steak or pork, served with a spiced red sauce; after eating the marvelous pork stuffing, I concluded that future visits to Las Velas should include further study of Montanez’s slow-cooked meats. Less to my liking, however, were the Tacos del Paisa ($12): three soft tacos filled with lightly breaded, fried tilapia served with chopped red cabbage; I found the tacos to be a little oily and the fish pieces a bit large.

A meal that’s bound to be a hit with the kids is the conventional quesadillas dish ($9) — fresh, soft, mild and creamy, and stuffed with cheese and lettuce as well as one of three meats: chicken, steak or chorizo.

At the end of the meal, I enjoyed a cup of Mexican cinnamon coffee. Plus, I sampled four desserts — and enjoyed the simplest one the most:  fried ice cream ($5), a ball of vanilla ice cream rolled in crushed sugar-corn flakes tossed with cinnamon and sugar, and served on a fried tortilla — all drizzled with chocolate or honey sauce. Try the decadent and comforting winter dessert drink called the Café Azteca ($7.50); the server flames tequila tableside with panache, and then mixes the blue flaming liquor with hot coffee before topping the mix off with whipped cream.

Despite the myriad choices for Market Square dining, Las Velas is hopping, especially at lunch when there’s often a wait-list. Dinnertime is more relaxed, bringing with it a larger, more diverse menu.

After talking with Montanez about his inspirations from family recipes and favorite Mexican haunts, I believe that the challenge of Las Velas is to sort through the extensive menu to find dishes that are most authentic and close to his heart. 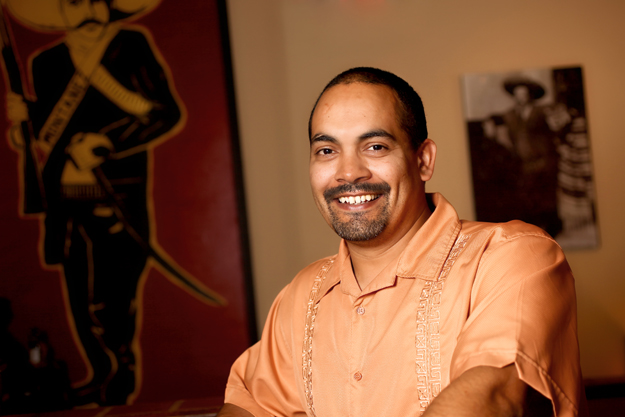 Why did you leave Mexico 12 years ago to come to the Steel City?
I’ve loved the Pittsburgh Steelers since I was 6 years old. When I was working in Cancun, I met my wife, and when she said she was from Pittsburgh, it was like love at first sight!

The menu references your family. Do some of the dishes feature home recipes?
Yes, there are a couple of things I love [that I got] from my mother. There is Papas Leticias — potatoes she made with olive oil, lime, pepper, cilantro and onions.  I was one of five kids, so she needed to fill us up — and I think potatoes were the best way to do it.  My grandmother would make Arrachera, a marinade for steak and shrimp, and I use the recipe she gave me. A lot of other items on the menu [represent] special places I ate when I was young in Mexico. There’s the Tacos Cochinita Pibil that I call “del Guero.” Del Guero was actually the guy who cooked and owned this little restaurant; it was a taco stand on the street that we would visit at 6 a.m. after getting off from work at a nightclub. Also, the Tacos El Timon is from one of my favorite places to eat seafood in Cancun. I also have another from Cancun: Tacos Checandole, which are made with shaved pork that’s prepared like gyro meat — except with different seasonings — and served with pineapple, cilantro and onions. It’s delicious.

Do you consider your food to be authentic?
Mexican food is very playful. There is so much variety. When I have tried to make food that is authentic, some people didn’t like it. So I’m trying to find a balance between authentic and what people expect. A lot of people think Mexican food has to be spicy, but actually, the item that is most used in Mexican cuisine is cinnamon, not pepper.

What culinary advice do you have for home cooks?
What I’ve always done when I cook at home and everywhere:  I’m not afraid to try. [For example], throw a little rosemary in this sauce, or throw in a couple of bay leaves. Always taste your food as you are cooking it. Sometimes you will be amazed at what you can make.

This article appears in the March 2012 issue of Pittsburgh Magazine.
Categories: From the Magazine, Hot Reads, Restaurant Reviews