The cuisine at old favorite Isabela on Grandview gets an update, thanks in part to the arrival of Executive Chef Alan Peet. 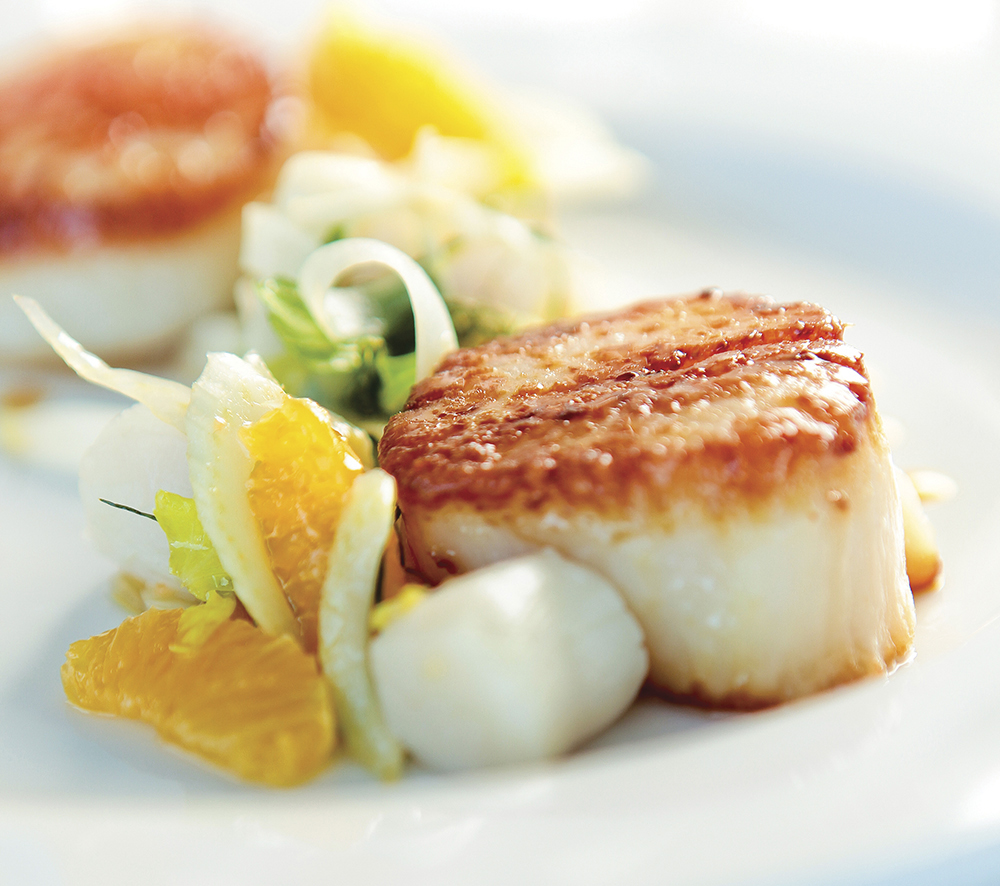 Housed in an old home along Mount Washington’s Grandview Avenue, Isabela on Grandview long has been viewed as a special-occasion restaurant with an upscale prix-fixe menu. Its large glass windows offer a 200-degree view of the Point and surrounding areas that is picturesque in any season.

If you haven’t dined at Isabela in a while, it’s time for a return visit. George Merrick and his son Colter have owned the restaurant since 2009. The duo brought in esteemed chef Alan Peet, formerly of big Burrito Restaurant Group, in 2012 along with general manager Daniel Haughan this past summer; both have influenced a subtle yet meaningful shift in focus.

In the past year or so, the restaurant has become even more dedicated to serving high-quality food — while expanding its list of offerings to include à la carte options for a less formal, more affordable experience.

“Our restaurant used to be almost all reservations,” says Peet. “Now 30 percent of our customers are walk-ins.”

Don’t let that fool you. You definitely need to make a reservation if you intend to go on a Saturday night, when only the prix-fixe lineup is offered ($75 per person). If you’d like to stop in on a Thursday, however, you can take advantage of the à la carte menu as well as wines available by the glass. 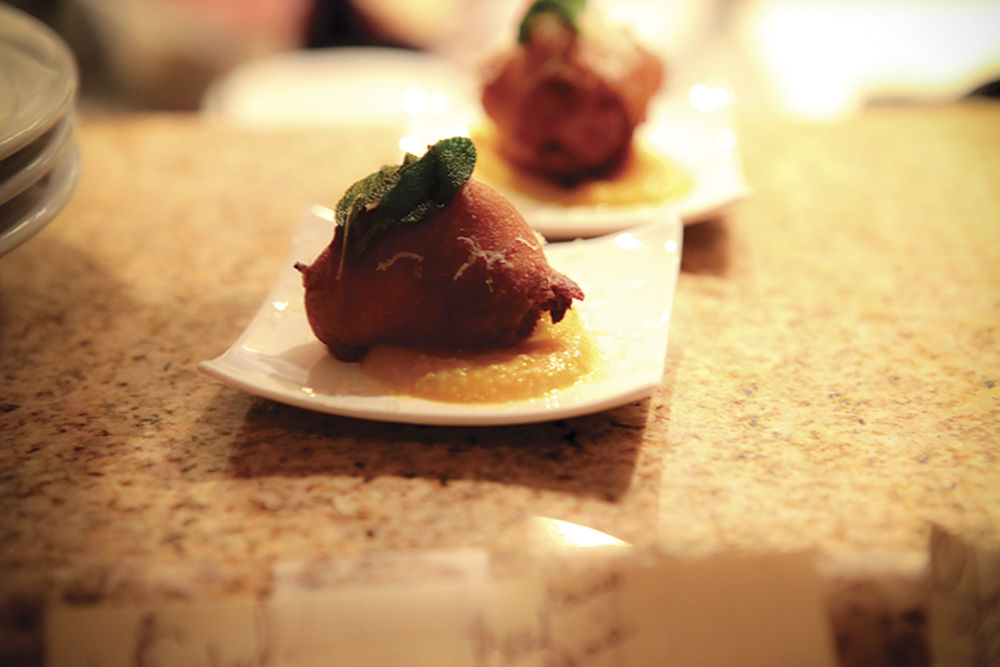 The weekday lineup is split into two parts: The prix-fixe roster lists three choices for each of five courses — appetizer, fish, meat, salad and dessert. You also will be treated to an amuse-bouche and an intermezzo. The à la carte menu is seasonal and consists primarily of dishes from the prix-fixe menu; notable additions include the western Pennsylvania cheese platter ($9), with Gouda, cheddar, goat and raw cow’s milk cheeses.

I tried selections from the fall menu, which showcased many satisfying autumnal flavors — cinnamon, sage, pumpkin, apples and duck. The meal started with several complimentary treats, including a miniature housemade brioche, a tiny pumpkin-spice muffin, a piece of lobster poached in maple cream and three raw ground cherry tomatoes served with husks.

A phenomenal appetizer is the housemade ricotta ravioli ($12), served with chanterelle mushrooms, a hickory-smoked mushroom purée and an accent of micro kale. The Skuna Bay salmon ($19), with seared skin and a rich flavor, also is a winner plated with fried Brussels sprouts and mussels. For the light eater, a popular seafood entrée is the cobia ($17), which is seared and served with baby bok choy in a white soy, yuzu and ponzu broth and accented with pickled ginger. 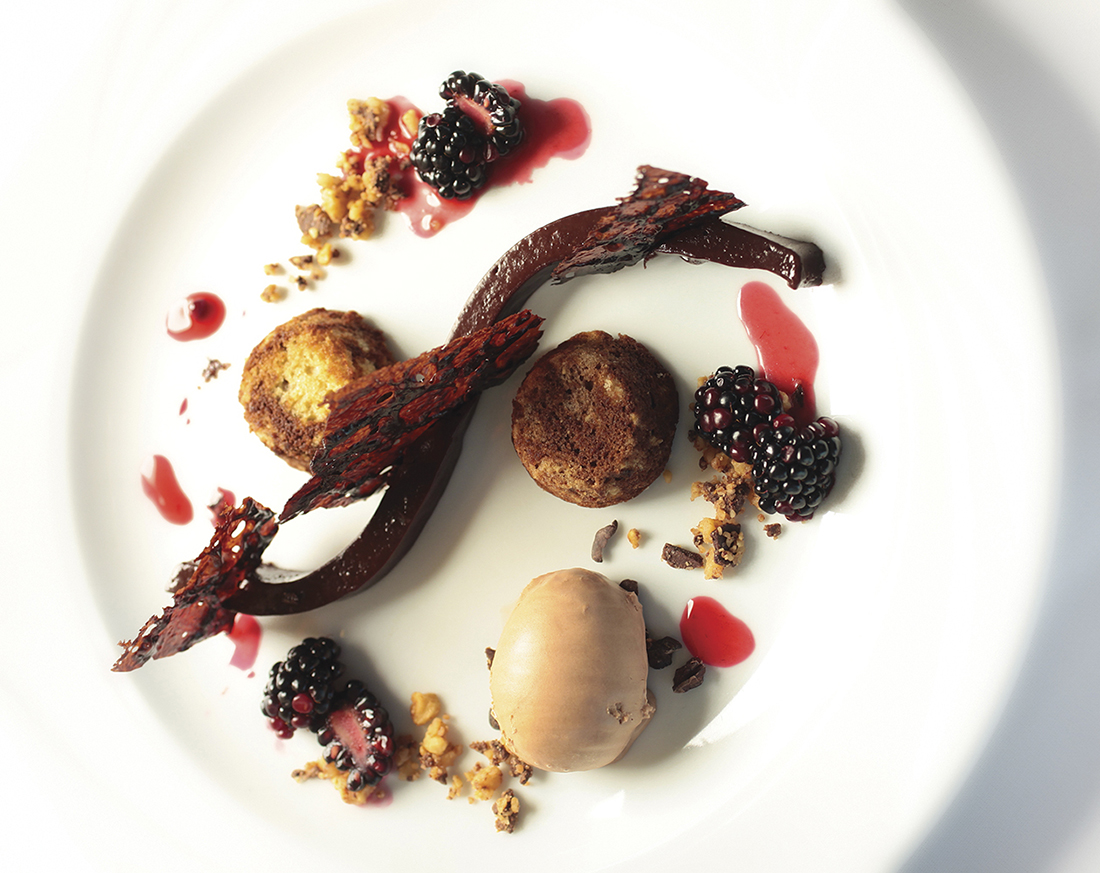 At Isabela, the level of cuisine is high — although I found some items to be a little too salty, sweet or heavily spiced. The sea scallops appetizer ($12), for example, is heavy on the sumac. I also noticed that my food was not as good when chef Peet wasn’t working; that problem can be corrected with further staff training.

Wine is available by the glass ($10) and bottle ($35-$135). If you’re ordering from the prix-fixe menu, try the $40 wine pairing, which offers an interesting array to match courses. Naturally, Champagne (by the bottle) is de rigueur if you are celebrating a special occasion.

Although the coffee service is excellent, desserts ($8 each) are not consistent. The maple panna cotta infused with vanilla is an interesting fall-inspired twist on a summer favorite, with barrel-aged maple syrup. The chocolate dessert is an assemblage of small items, including English toffee, chocolate hazelnut ice cream, espresso cake and hazelnuts, none of which excited the palate. 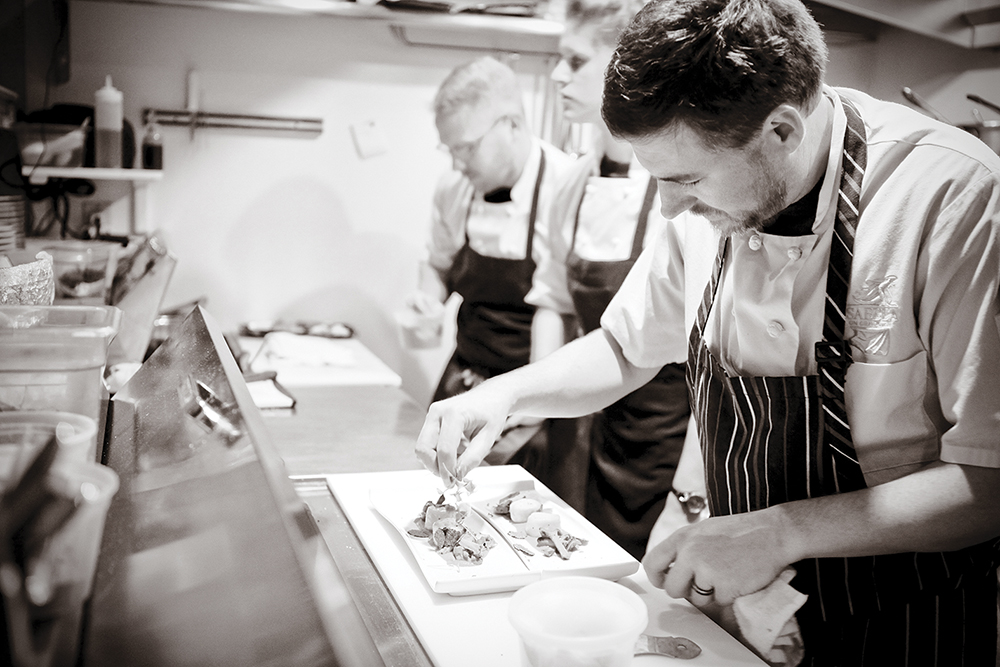 The restaurant’s interior is simple and distinguished, with white tablecloths; the subdued environment allows you to focus on the breathtaking view. Because the restaurant is small, with 20 seats in the lower lounge and 34 in the main dining room, it is the perfect place for intimate conversation. The service at Isabela is both friendly and professional, as expected for an establishment of this caliber.

Grandview Avenue, a small section of Pittsburgh’s beautiful scenic byway, has more improvements in the works: Later this year, Isabela is slated to get a facelift with a new stone façade. In addition, the owners of Mt. Lebanon’s Bistro 19 have purchased Isabela’s neighbor eatery, the historic Georgetowne Inn, and are renovating it with plans to open another restaurant concept. 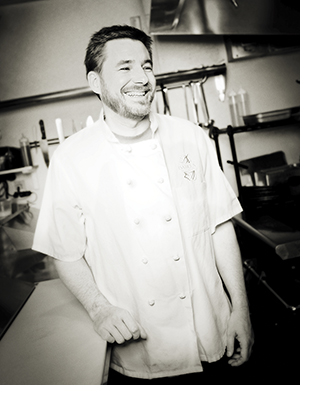 What’s it like working at Isabela compared to the other places you have worked?
This is every chef’s dream. When I came here to meet the owners, I couldn’t believe the potential of this restaurant. The mix of great food, great service and a great view is really a match made in heaven. Also, they allowed me to completely design my own menu, which has been really great.

What changes has the restaurant made during your time at Isabela?
We have added our à la carte menu, [which] has a lower price point and more of a mix-and-match feeling. I think this is the reason we have seen such an increase in walk-in customers, [who now make up] 30 percent of our business. We also have vegan, vegetarian and gluten-free menus (available upon request). We’ve always had younger people here, but [they were] mostly young couples celebrating a birthday or anniversary. I notice now that there are more young people coming in for everyday dining. In addition, we offer [75] wines by the bottle, and [over half] are $50 [or less]; I think that helps to make it more affordable for the younger customers.

Where do you see your food on the culinary spectrum?
I want to follow trends but not set them. There is a place for tricks in food, like molecular gastronomy, which is really fun — but not my focus. I like to have some modern touches, but I always see traditional food as my anchor. My focus is on combining flavors that complement each other and showing the ingredients for what they are.

What is one of your favorite ingredients?
When I was living in the Northwest, I fell in love with huckleberries. The mix of tartness and sweetness is so refreshing. When in season, I have a dish on my menu that is duck breast with huckleberries, and I just love it.

How did you feel about relocating to Pittsburgh after you had lived and worked in several other cities?
I’m originally from Connecticut. Before I came here, I had worked at Susanna Foo’s Chinese Cuisine in Philadelphia; Bluehour in Portland, Ore.; and Metro Bis in Simsbury, Conn. I moved here eight years ago because my wife is from Pittsburgh. I knew when we moved that I could have a good culinary career here. The food scene was just coming alive then, and I thought it was a great time to establish myself.

This article appears in the January 2014 issue of Pittsburgh Magazine.
Categories: From the Magazine, Hot Reads, Restaurant Reviews