The Pittsburgh History and Landmarks Foundation facilitated the renovation of the North Side building. 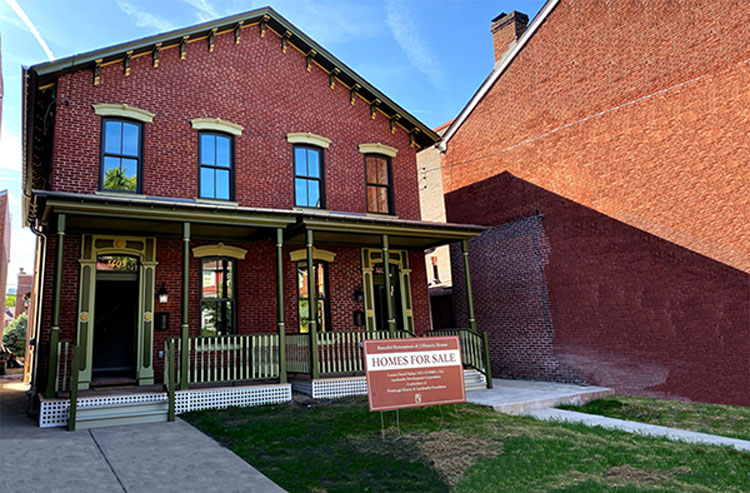 A historic duplex on the North Side recently got a major facelift with help from the Pittsburgh History and Landmarks Foundation.

Since its founding in 1964, the nonprofit has worked to identify and restore historic locations in an effort to make them available for community use.

According to David Farkas, director of real estate development for the nonprofit, the latest building to get a makeover — 1403-1405 Pennsylvania Avenue — was the last property in the Manchester Historic District in poor condition. Each half of the three-bedroom duplex, which was built around 1900, is now on the market for $250,000.

“The impact on the neighborhood is twofold: in the positive impact made to the entire block through the renovation of those two properties and the creation of two additional units of affordable housing units for sale in the neighborhood,” says Farkas.

Farkas says neighbors  — excited by the restoration of a property they had grown used to seeing vacant — often would stop by to check the progress of the duplex during the 18 month-long construction process. PHLF bought the property in 2017.

“We’ve been really encouraged and really welcomed doing that work and I think it’s been really energizing for the people who live in and around that block,” says Farkas. 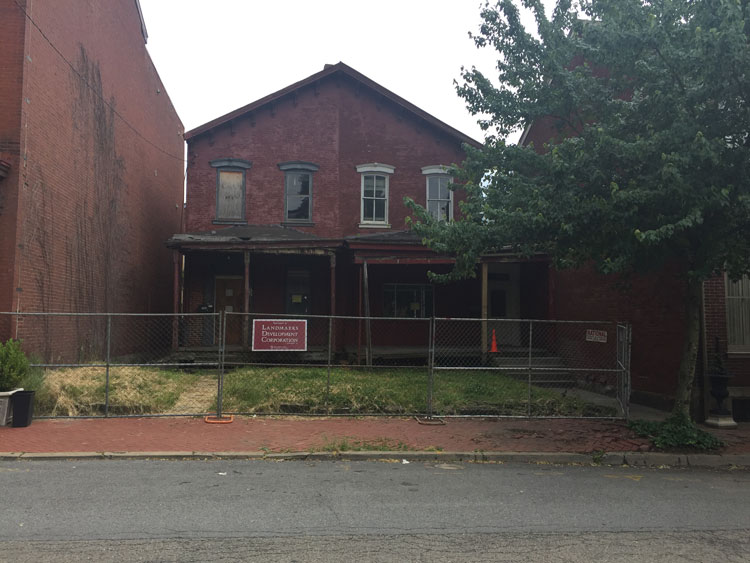 Prior to renovation, the duplex had falling masonry and rotting floorboards. Now that work on the homes — which include hardwood floors and updated kitchens — is complete, both residences are up for sale as affordable housing options.

“We are selling these to households that fall within income guidelines established by [United States Department of Housing and Urban Development], and those guidelines are per household size,” says Farkas.

Pittsburgh History and Landmarks Foundation’s “mission is to acquire, restore and save older buildings — historic buildings — in an effort to essentially revitalize neighborhoods and communities,” says Karamagi Rujumba, director of development and communications for the nonprofit.

According to Rujumba, this is a mission that the foundation has continually upheld in order to make housing more accessible to people living in historical areas in and around Pittsburgh.

“We believe that community renewal should not displace people and we believe that we can provide, through historic preservation, housing options that are generally not available to people who would not be able to afford them,” says Rujumba.

For its next restoration project, Pittsburgh History and Landmarks Foundation is turning its attention to 1515 Bedwell Street, which is located just a few blocks from the duplex on Pennsylvania Avenue.