Restaurant Review: Spoon in East Liberty Gets a Fresh Polish 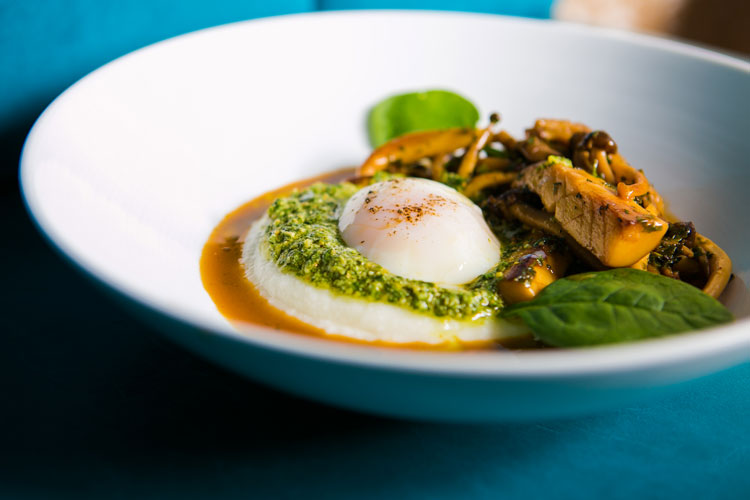 The smartest move Brian Pekarcik and Rick Stern, co-owners of the S+P Restaurant Group, made in 2016 was hiring Jamilka Borges as executive chef of Spoon in East Liberty.

There wasn’t anything wrong with Spoon when the calendar flipped from 2015 to 2016. The food was solid and service top-notch at the restaurant that has been a fundamental brick in the foundation of Pittsburgh’s current dining boom since it opened in 2010. Yet there wasn’t anything compelling about Spoon, either.

As other Pittsburgh restaurants pushed forward with of-the-moment menus, Spoon’s menu instead seemed built so as not to offend anyone. The restaurant’s heavy drapes obscured gorgeous picture windows and also sucked the energy from the room. Artwork on the walls felt better suited for an eatery inside a mid-range chain hotel, and the somnolent soundscape suggested “dream” rather than “dine.” Spoon felt a bit dated.

Credit Pekarcik and Stern (who also operate G&G Noodle Bar, BRGR and Willow as part of their restaurant group) for having the wherewithal to know it was time to refresh rather than fade into respectable mediocrity. 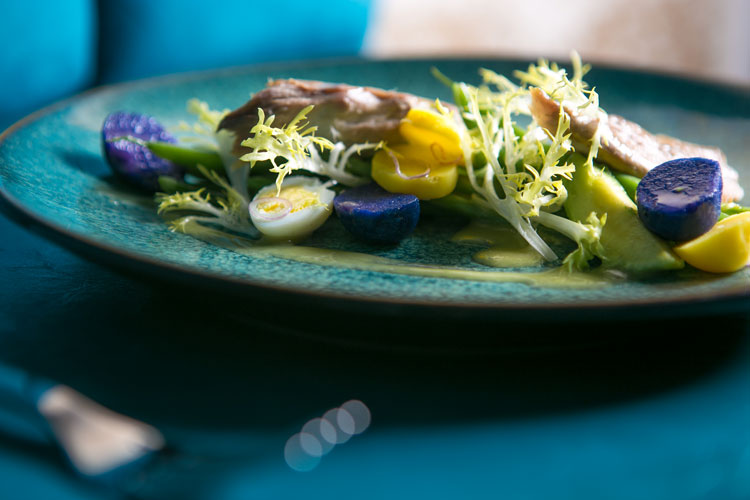 Borges is an established presence in Pittsburgh kitchens, having worked for five years at Legume, where she eventually became chef de cuisine. Later, she became the executive chef of Bar Marco in the Strip District, where she established The Wine Room, Pittsburgh Magazine’s 2015 Best New Dining Experience.

Although Borges did memorable work at Bar Marco, the fit felt a bit forced, as if everyone was trying too hard to get national attention rather than focusing on developing their craft. Now that she’s slotted into Spoon, I get the sense that she’s going to rise above the hype to become an even more noticeable presence in Pittsburgh and beyond.

Ordering salad generally doesn’t conjure thoughts of a culinary adventure, but Borges’ mid-autumn plate — grown at Root & Heart Farm in Gibsonia — thrilled my dining companion and me with a mix of flowers, greens, beets, shoots and leaves. It was a bitter, sweet, crunchy, vegetal and soft prism of green, white, orange, pink and deep violet. 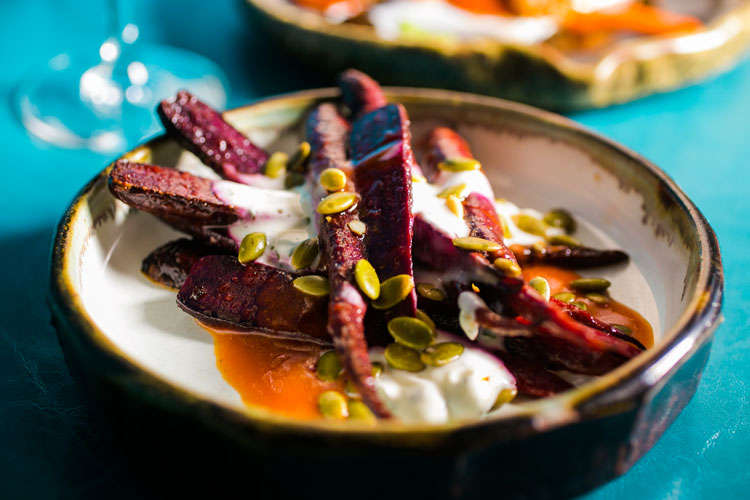 A tasty entree is the juicy, roasted Heritage Farms chicken breast that’s served with crispy pierogi (now listed as “dumplings”) filled with a comforting blend of potato, onion and corn. Underneath, a layer of kale is blown away by the braising liquid but there’s also a confit of dark-meat chicken, which is the best thing on the plate.

Polenta with creamy corn and meaty mushrooms, boosted by piquant pesto, is a smart choice for a vegetarian main course. And, don’t overlook the vegetable side dishes that linger like an afterthought at the bottom of the menu. Haikari turnips were spicy and sweet autumn when I tried them on an October night. Chard resembles upscale creamed spinach, with an ever-so-slight crunch from the leafy green’s stems.

Some dishes feel too much like holdovers from old Spoon. Most of them work just fine, but I hope Borges will continue to replace them with plates that speak more to her heart. A dry-aged ribeye served with roasted mushrooms, onions, Béarnaise and foie gras butter is classic steakhouse, and a nice choice for your conservative uncle. Korean fried chicken is a crispy and spicy bar treat (this one can stay). Manicotti, with meaty rabbit sugo, is satisfying, but, its Italianness feels out of place on Borges Latin-influenced, New American menu. And I have no idea why there’s still a hamburger on the menu.

Be sure to leave room for dessert. Pastry Chef Laura Bratkowski, an emergent talent who trained at the French Culinary Institue, also joined the Spoon team in 2016.

Service at Spoon is attentive and intuitive without being overbearing. Credit the restaurant’s esteemable general manager John Wabeck, who joined the Spoon team at the end of 2012. 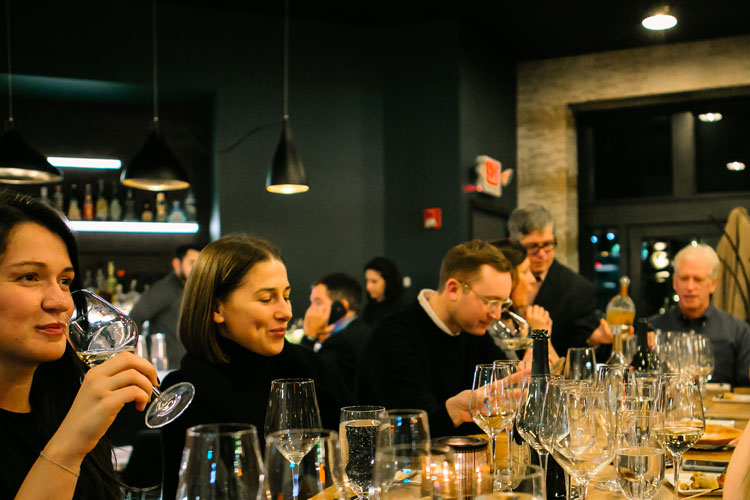 Wabeck also oversees Spoon’s beverage program, which for years has been the most dynamic bar menu in the city. People often are surprised when I tell them that, but even those of us who already were fans generally didn’t want to stay for more than a drink or two because Spoon’s energy wasn’t conducive to posting up for a few rounds.

Start with the deep wine list: Wabeck is the dean of Pittsburgh’s sommeliers, and it’s evident both in the complexity of the list and the scope of knowledge that he’s happy to share with guests. And don’t miss trying at least one of the balanced, innovative cocktails or exploring the deep gin list.

It’s a nice bar for a drink now, too. Spoon’s cosmetic redesign isn’t perfect — I could do without the lamps that resemble UFOs and the teal color scheme — but it’s a vast improvement. The heavy drapes are gone, revealing the bustling streetscape of East Liberty. That openness also highlights the stunning 1920s-era terra cotta floor. The music is much livelier, too.

Pittsburgh’s restaurant landscape has changed significantly in the six years that Spoon’s been open. One thing hasn’t: With this refresh, much as in 2010, Spoon is one of the very best restaurants in the city. 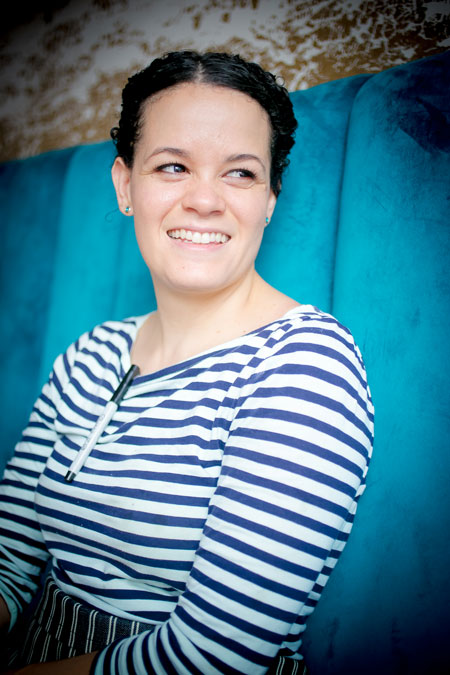 What was it like for you to move from Bar Marco to Spoon?
When I left Bar Marco I wasn’t sure if I wanted to stay in the city or move somewhere else. After interviewing in a few places — and I had a pretty solid offer to do something else — Brian and Rick [Pekarcik/Stern, S+P Restaurant Group partners] made an offer that made sense at the time. It’s one of those things that just felt right. I knew chef Dave [Anoia, former chef de cuisine] was leaving to open his own thing. He’s someone I’ve known for years, and I really respect him. Continuing the great work he was doing here felt like something I wanted to do.

What’s the day-to-day between you and Brian regarding menu design?
He’s named me executive chef, which is the first time that he’s done that here, so he’s mostly stepped out of it. I run the day-to-day operations from purchasing to scheduling to menu. Brian is the person that I call to get feedback. He’ll come in and try dishes I’m working on. It’s a great experience. We’ll talk through dishes. I’ve always felt that I lost some aspect of having mentorship because I took on an executive position [at Bar Marco] early in my career, and having Brian around I get some of that. His feedback is really honest. As a whole I feel like the team here is really solid. I love working with John [Wabeck]. He has a palate that I really respect. He used to be a chef, and a pretty big deal, too. He’ll come back to the kitchen and taste things.

What’s driving you at the moment?
I want to be able to continue relationships with farmers such as Jen [Urich, Root & Heart Farm] and Chris and Aeros [Brittenburg/Lillstrom, Who Cooks For You? Farm]. And then it’s to make this place fun and to make the food accessible. I’m not trying to play with trends. This sounds cliché, but I don’t want to do fussy food. I want to make food that is simple, thoughtful and makes people happy. It’s a process as a chef to get to that place. You think that you want to do something that’s trendy when you’re starting, but there’s a point in a career when you say, “This is my style.” And then that clicks. I feel like that’s what’s happening now for me.

This article appears in the January 2017 issue of Pittsburgh Magazine.
Categories: From the Magazine, Hot Reads, Restaurant Reviews