At Poros, the Big Y Group's newest restaurant, the highlights are excellent fish and a top-notch bar. 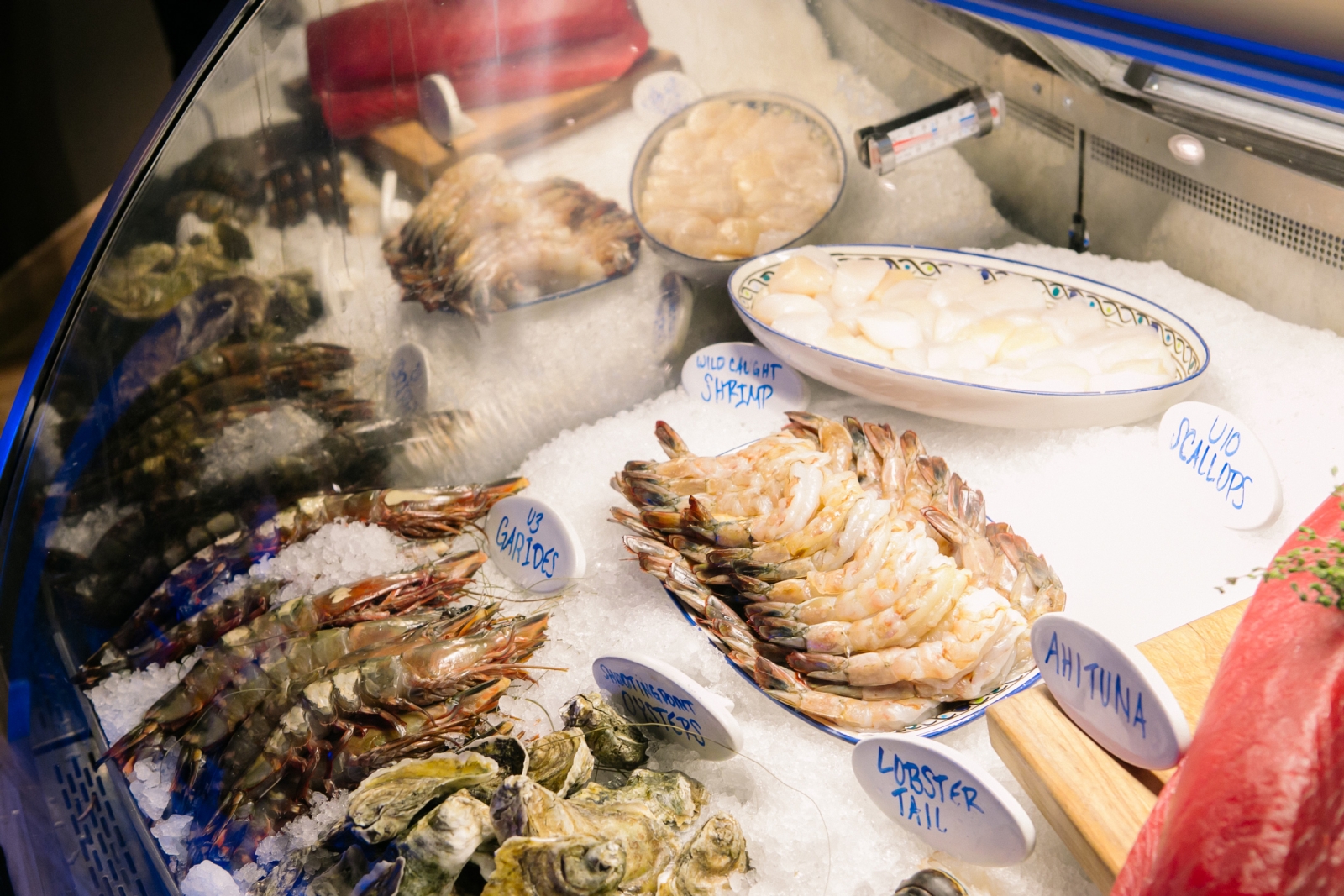 What’s the best way for a diner to navigate a splashy new restaurant with an expansive, somewhat disorganized and rather pricey menu? That’s what I tried to figure out over several visits to Poros Aegean Estiatorio in Market Square.
​
Poros is the newest concept from the Big Y Group (Seviche, Sonoma Grille, NOLA, Perlé). It’s a grand venture; the venue seats 150 inside, with room for an additional 100 outside during the warmer months. The kitchen’s executive chef is Chris O’Brien, who prior to joining Poros was the chef de cuisine at Restaurant Echo in Cranberry and executive chef of Hyeholde Restaurant in Coraopolis. 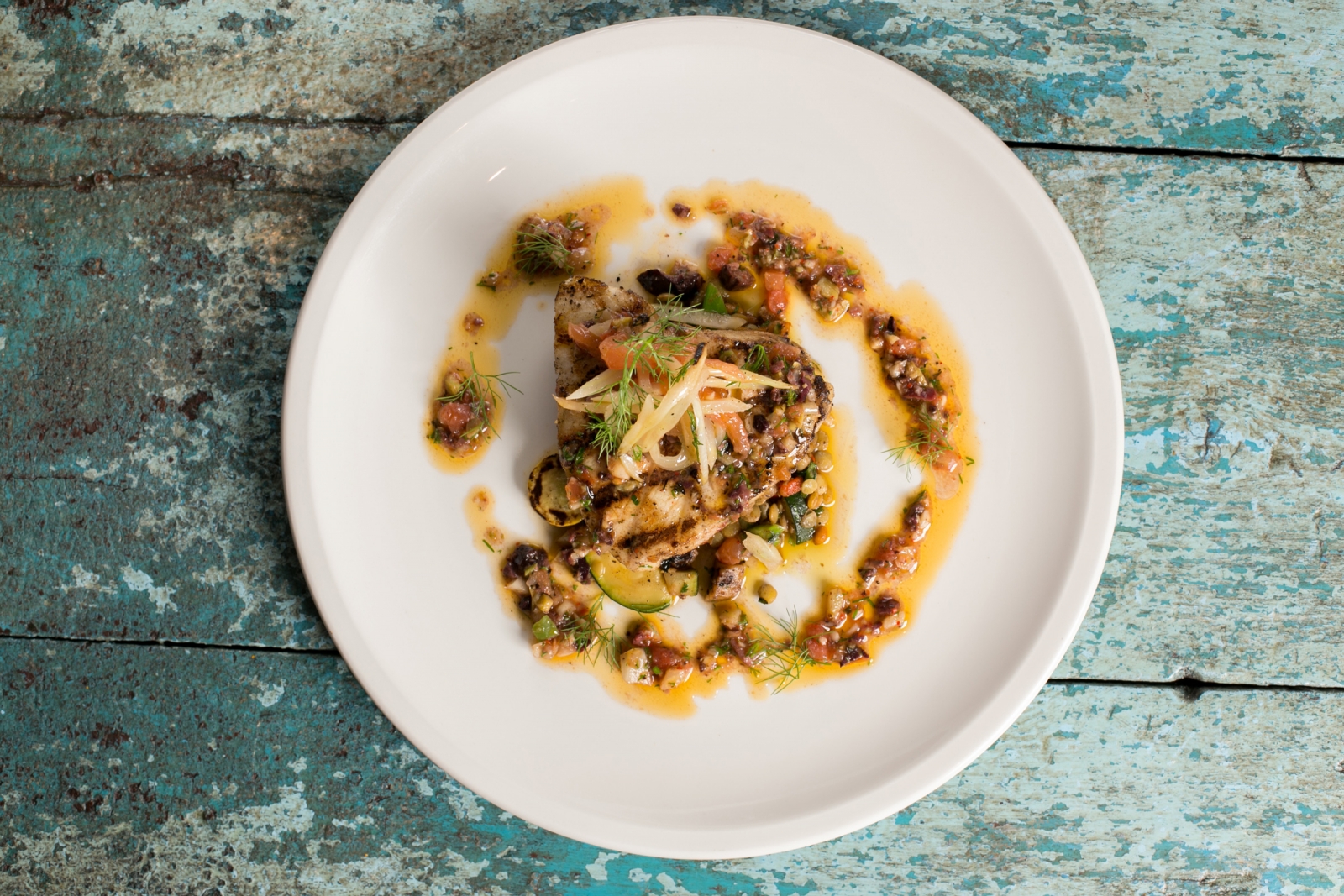 Fish specials proved to be good choices. The Poros fish program, overseen by poissonnier Gary Osiol, is impressive, sometimes teetering toward fantastic. I had, on one visit, a Chilean sea bass served above an intoxicatingly spiced mix of lentils, zucchini and pine nuts. The meaty fish, topped with oil-poached tomatoes and fennel and balanced with an olive oil tapenade, swam an impressive and utterly satisfying line between lightness and richness.

They were as good as advertised — briny, sweet and complex from a slow growth in the frigid Gulf of St. Lawrence in the north Atlantic — but at Poros they cost $5 each. It takes a lot of gumption to charge that much for an oyster. 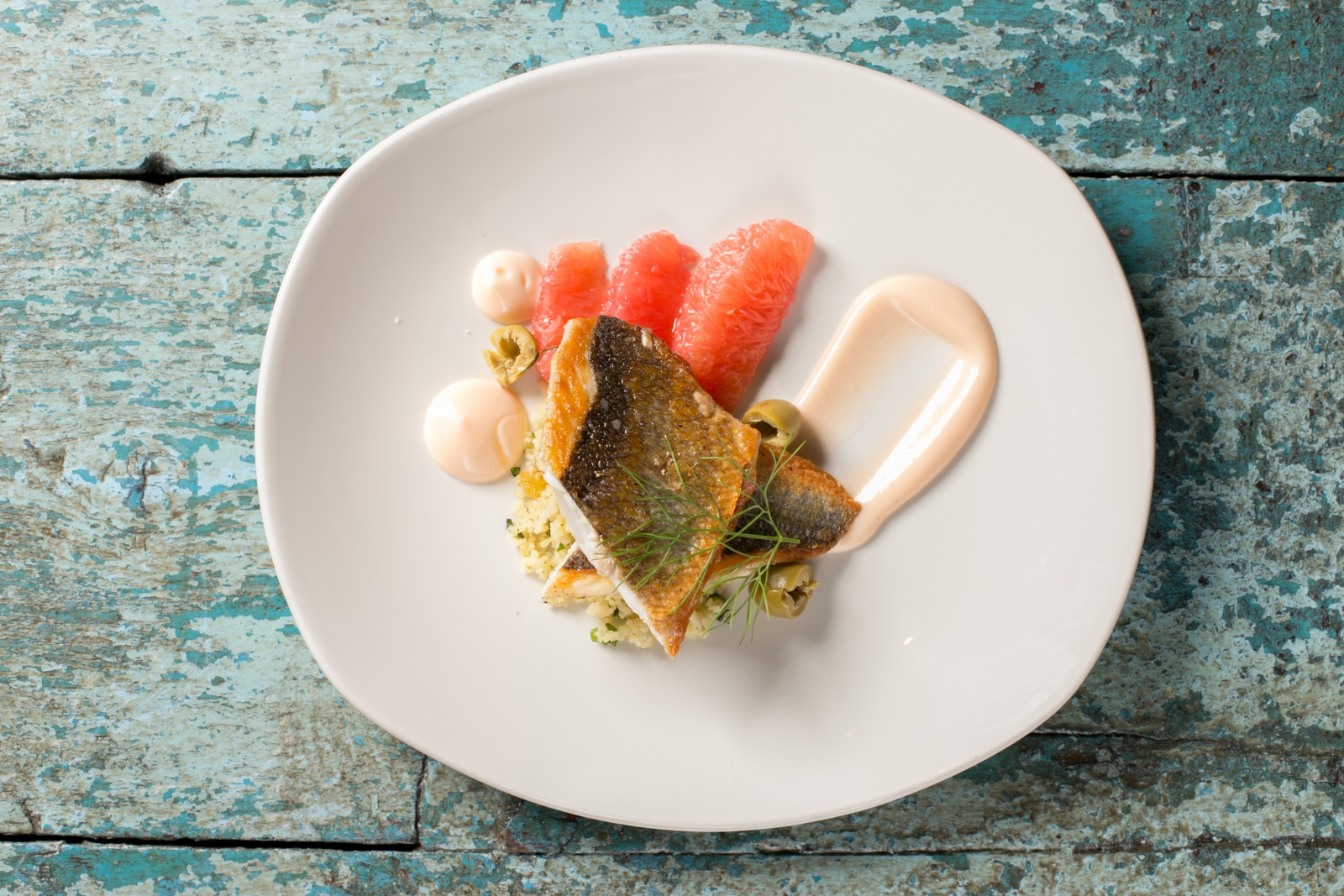 The standard-issue fish often is great, too. I had a beautiful Dover sole chargrilled and served with a garlic-shallot citronette. Dover sole is a bony fish, and Nick Rizzo, the restaurant’s engaging general manager, wisely suggested that we allow the kitchen to fillet it for us. Lavraki a la plancha and ouzo-cured salmon are my recommenations from the seafood mezze menu.

My Jamison Farms lamb shank needed a sprinkle of salt, but otherwise it is a solid choice for non-fish eaters. Wilted horta is a side dish worth ordering: kale, spinach and dandelion greens are cooked to toothsome perfection, well seasoned and pleasantly bitter.

Unfortunately, that’s about where the party stops at Poros. 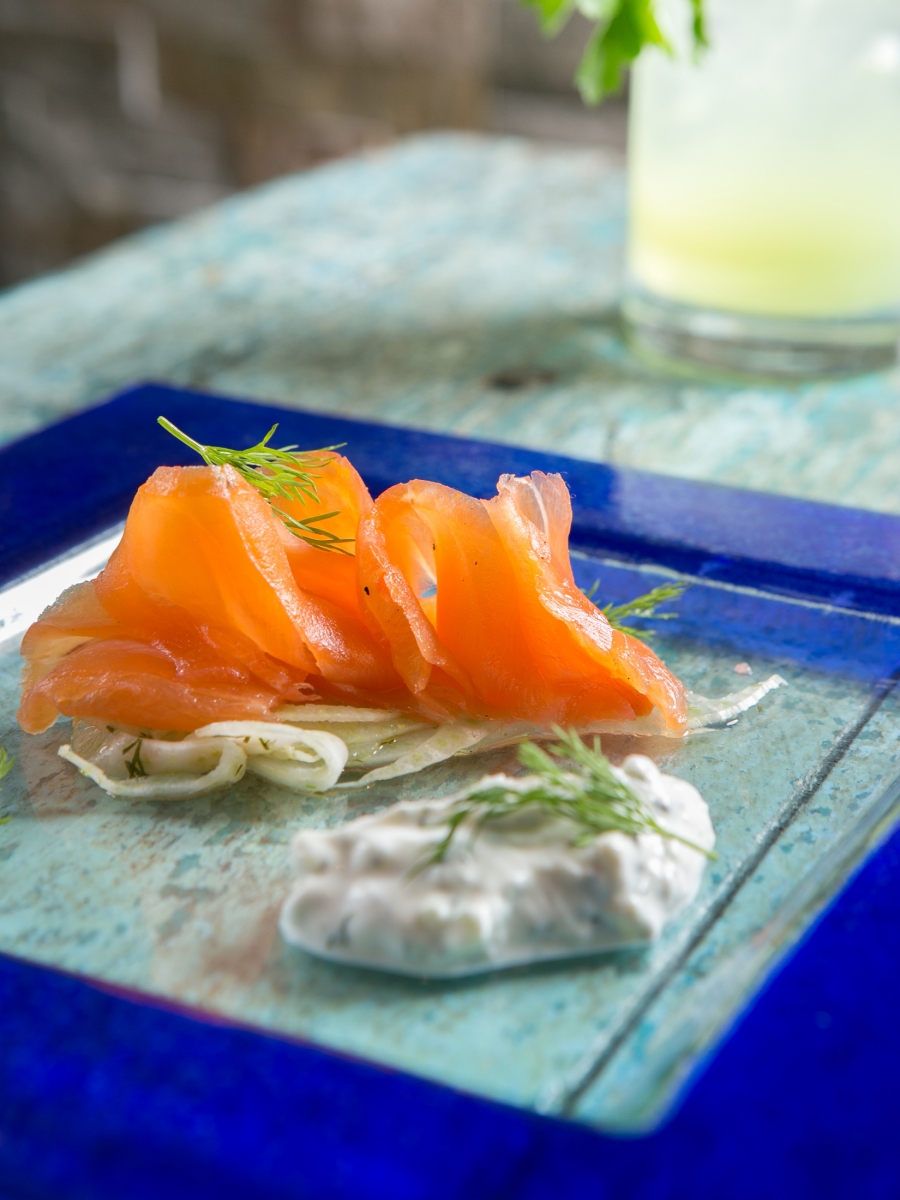 Roasted-cauliflower hummus, for example, is gritty, and neither cauliflower nor tahini flavor shine; garlic and cumin seem to be missing too. I started to wonder why someone thought it was a good decision to throw red peppers into it but got sidetracked wondering why a restaurant that clearly had so much money invested in it couldn’t also include a better blender in the business plan. Or why they weren’t baking better bread to go with the hummus.

Cretan roasted chicken was dry, and even though it was served as a tiny portion — three wee slices of breast — hard to finish. The roasted-cauliflower mezze takes a good concept (roasted cauliflower flavored with zatar, sultanas, pine nuts) and turns it into a poorly executed, soggy mess.

I could go on, but hopefully you get the point. (Order fish or the lamb shank.) 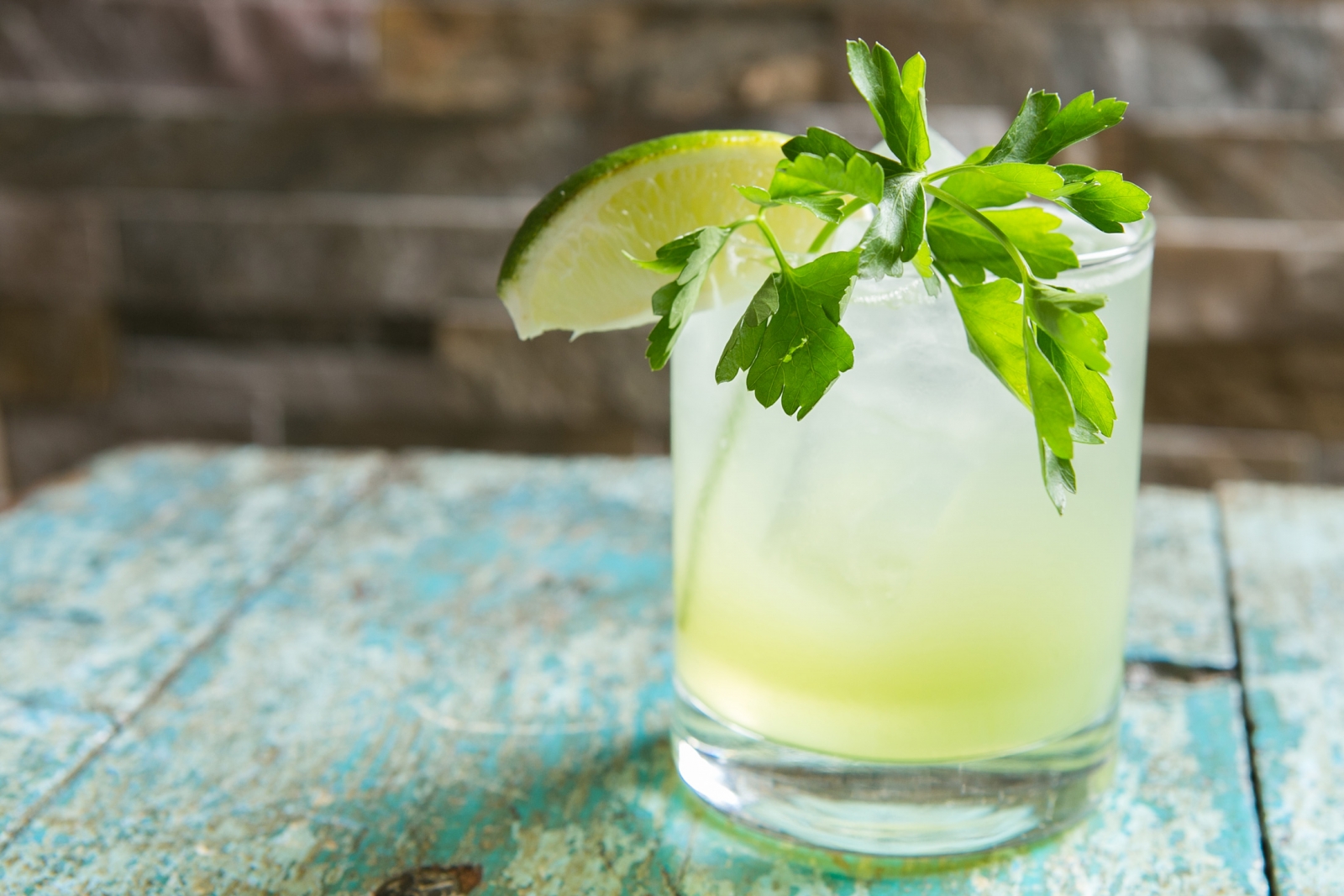 Bar manager Carrie Clayton’s well-tested cocktail menu is a forward push to the city’s drink culture. She’s created a list of cocktails that veer away from traditional base spirits such as gin and whiskey in favor of ouzo, vermouth and tsipouro. Get a soft Bouquet of Persephone (chamomile, blanco vermouth, sherry) or a lively Daphne Turned Sour (masticha, tequila blanco, lime) or explore the fascinating ouzo and arak list. You won’t find another bar like this in Pittsburgh, or just about anywhere else in the United States.

If you’re a wine drinker, Poros excels there, too, with a list that includes hard-to-find wines from Greece, Turkey, Israel, Lebanon, Spain, France and Morocco.

Rizzo, who left his position as director of operations for the Big Y Group to focus on Poros, runs front-of-house with friendly efficiency. He’s done a good job at training servers, although, like the menu, they can be a bit all over the place. One server was comically overhelpful and a little invasive (dude, please don’t lean over the table and touch my menu) but overall presented a warm experience; another was indifferent and didn’t have a mastery of the menu.

If I were O’Brien, a talented chef with a wealth of experience, I’d peel back the menu and retrain his kitchen brigade to execute the remaining dishes with better consistency. As a diner, I don’t need to go on a whirlwind tour of the entire eastern Mediterranean. Poros is pricey and ambitious, and I want my experience on the plate to be a reflection of that moxie. 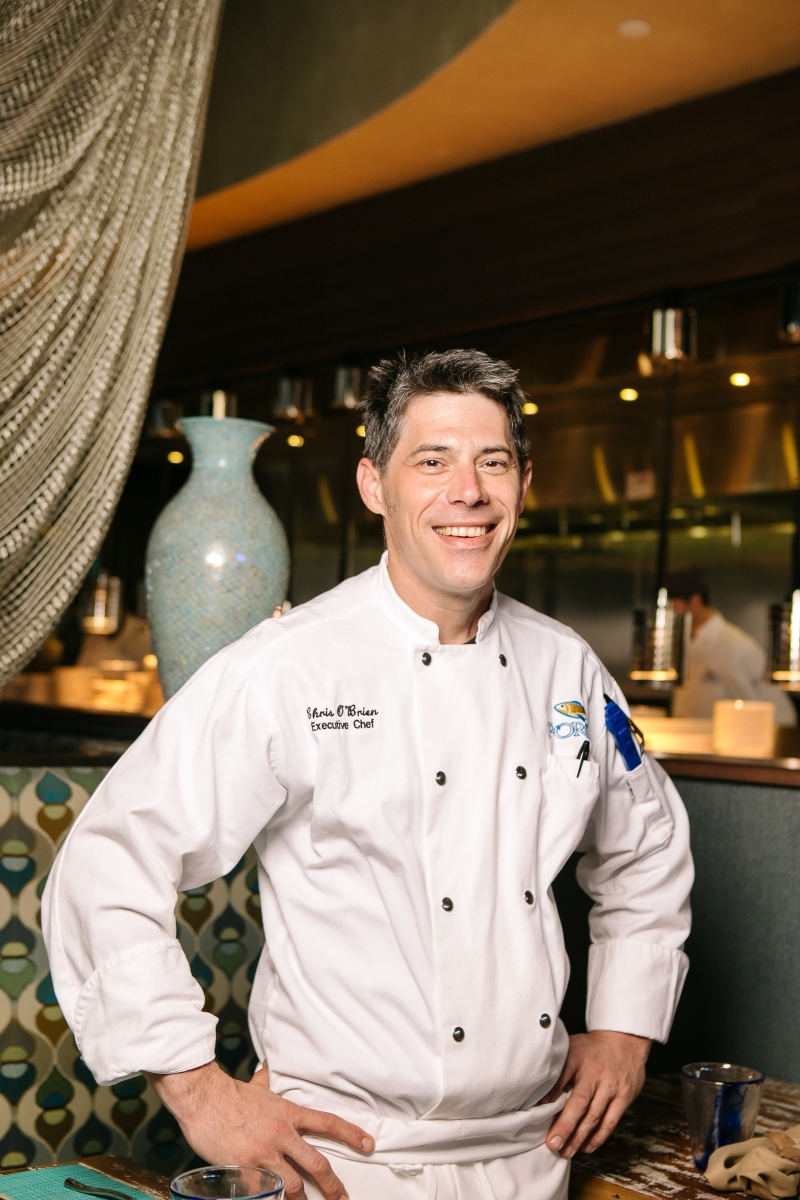 What was your thought process as you developed the Poros menu?
I was learning a whole new cuisine and culture. I’ve mainly been a farm-to-table chef, and I have a French-country background. We went on a few trips and ate at a number of restaurants that were similar in concept to what we were going for. Milos and Avra in New York and Ouzo Bay in Baltimore are a few of the places we visited. I’ve never done anything this big. It’s been challenging. We wanted the menu to revolve around the fish market, so that’s a big focal point. We source really high-quality stuff from (Philadelphia-based) Samuels and Sons.

How do you go about creating the fish specials?
A lot of that is off-the-cuff and us having fun with what we’re doing. I like being able to create outside the menu and to play with all the ingredients we have in house. I really enjoy doing that.

What challenges and opportunities do you have with the Market Square location?
On one hand, I’m surprised by how well the whole fish program is being received. I didn’t expect that. But we also need to meet everyone’s expectations of what we are and what our concept is. We want people to understand that even though we do some takes on Greek food, we’re also influenced by Turkey, Lebanon, Morocco and those types of places.

What do you see yourself doing as you move into spring and summer?
I want to use more local vegetables and incorporate them into the recipe. I’d like to give that focus to local farmers. Our menu isn’t super-hearty or heavy right now, but I want to get into some lighter food as it gets warmer.

This article appears in the March 2016 issue of Pittsburgh Magazine.
Categories: From the Magazine, Hot Reads, Restaurant Reviews