The historic theaters are shuttered effective immediately amid organizational changes at Pittsburgh Center for Arts and Media. 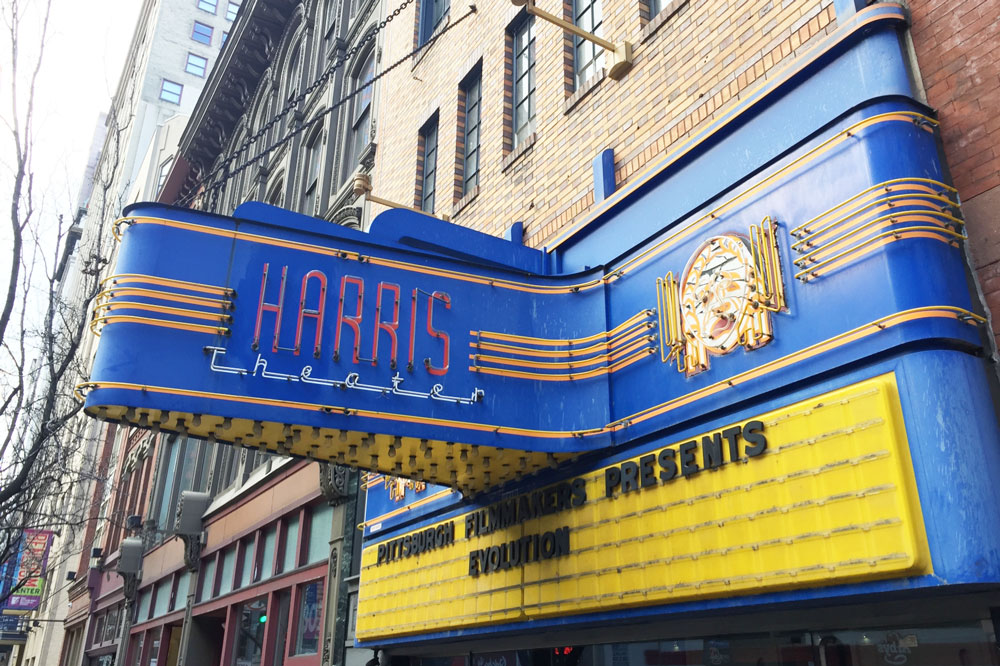 Two of Pittsburgh’s most storied movie theaters were unceremoniously shuttered Monday as Pittsburgh Center for Arts & Media announced an immediate end to its theater programming.

Both the Harris Theater, at 809 Liberty Ave., Downtown, and the Regent Square Theater, at 1035 S. Braddock Ave., were operated by Pittsburgh Center for Arts & Media (PCAM), formerly known as Pittsburgh Filmmakers/Pittsburgh Center for the Arts. In early 2019, the organization hired former Hollywood Theater manager Joseph Morrison to take over programming at its theaters; his tenure included the return of the long-running Three Rivers Film Festival, which just concluded Saturday.

Not two days after the festival’s closing-night events, however, PCAM issued a statement to the media announcing that Regent Square had been closed “while we determine the future of that asset,” and noting that screenings at the Harris “have ended.”

An email from Pittsburgh Magazine asking about the status of previously scheduled screenings has not been answered.

PCAM also announced that it will be leaving its Fifth Avenue home, ceding the historic “Marshall Mansion” back to its owners: the City of Pittsburgh.

The Pittsburgh City Paper reported that a number of employees, including Morrison and Chief Administrative Officer Dorinda Sankey, were fired at a morning meeting early today. Kyle Houser, formerly the organization’s creative director, has been named executive director.

PCAM’s statement promised a continuation of the organization’s educational and outreach programming, but the future for both the Regent Square and Harris theaters is uncertain.