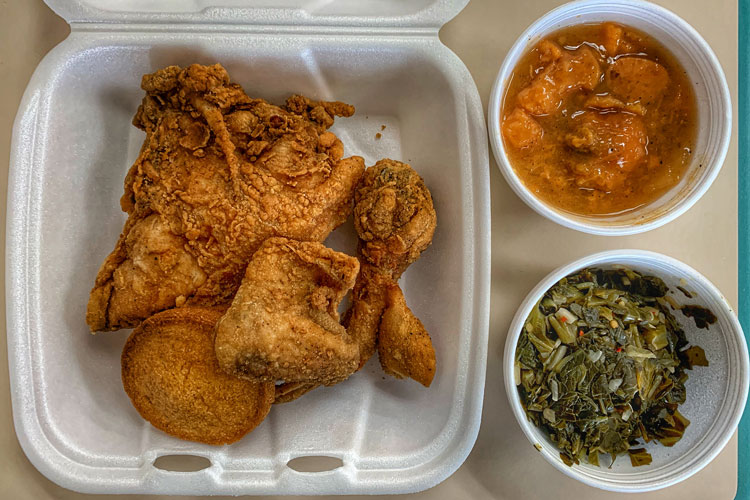 Quick It Chicken
A friend recently directed me to Quick-It Chicken, Eugene Thomas’ most excellent North Side fried chicken restaurant. Tucked inside a building adjacent to a Valero gas station, it’s a bare-bones operation that also will leave you with a bunch of actual bare bones because Thomas’ chicken is so good you’re going to be gnawing at them for every last bite you can get. The meat is encased in a salty and shatter-crisp crust and, with its juicy interior, is one of the best permutations of fried chicken I’ve had in quite some time. So good, in fact, that I was still thinking about several days later. If you get side dishes, I recommend starting with braised greens and the yams. I’m a little bummed I missed out on Quick It for so long. (Its close proximity to Pittsburgh Magazine’s office, however, might mean that now there will be too much fried chicken is in my future. But is too much fried chicken really a bad thing? Nah.)
820 Pennsylvania Ave., North Side; 412/321-1535, quikitchicken.com 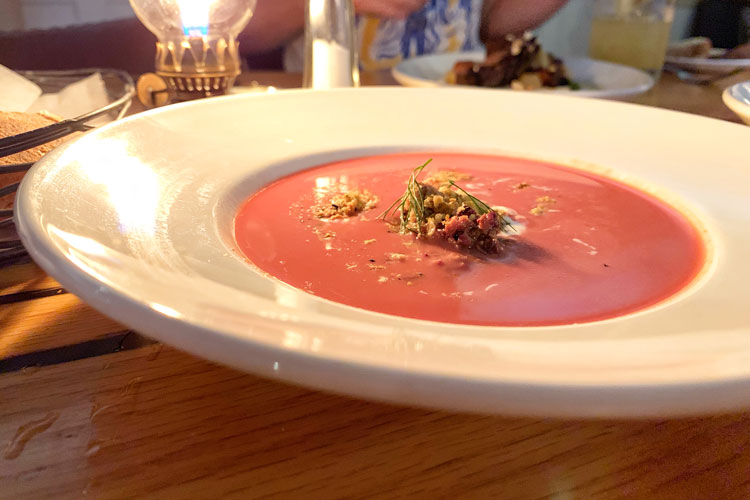 Sour Cherry Soup at Legume
Jet lagged and not quite ready to return to my kitchen the day after I returned from a trip to Israel, I invited a couple friends to share dinner with me at one of my favorite restaurants, Legume. I was elated to find that chef de cuisine Csilla Thackray’s sour cherry soup still was on the menu; seasonal dishes such as this one don’t last too long at Legume. What I loved about the chilled soup is that it was more savory than you’d expect when you read “cherry,” yet it retained soft fruit notes in the background. Black olive relish added leathery complexity, and seeded crumble a nutty contrast of texture. Alas, it’s gone now, so you’ll have to wait until next year to try it. Perk up, the restaurant’s beloved corn soup — the Legume summer staple highlights peak-season corn with accents of Morita chili oil and cilantro — is its replacement.
208 N. Craig St., Oakland; 412/621-2700, legumebistro.com 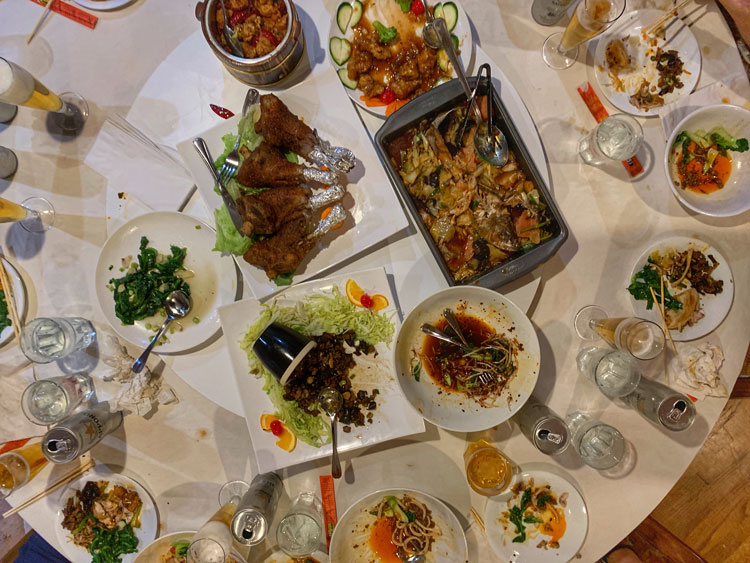 Chang Shou Mian Noodles at Sakura
I’m a big fan of Sakura Teppanyaki & Sushi in Squirrel Hill — my friends and I often gather there for celebration meals. If you’re having a celebration, order (in advance) chang shou mian, otherwise known as longevity noodles, an interactive treat in which you aim to finish a length of rope-like, handmade noodle in one swoop without breaking it. If slurping one long noodles isn’t your thing (or you’re simply in the mood for, say, a casual Tuesday evening meal), I suggest directing your attention to chef/co-owner Feng Gao’s Shaanxi dishes. Menu items such as pickled pork noodle soup, hand-shaved noodles and Laotongguan pork sandwich are a good place to start. I'm not the only one hot on Sakura … celebrated food writer and host of The Splendid Table Francis Lam recently praised the establishment on his Instagram feed.
5582 Forbes Ave., Squirrel Hill; 412/422-7188, sakurateppanyakinsushi.com 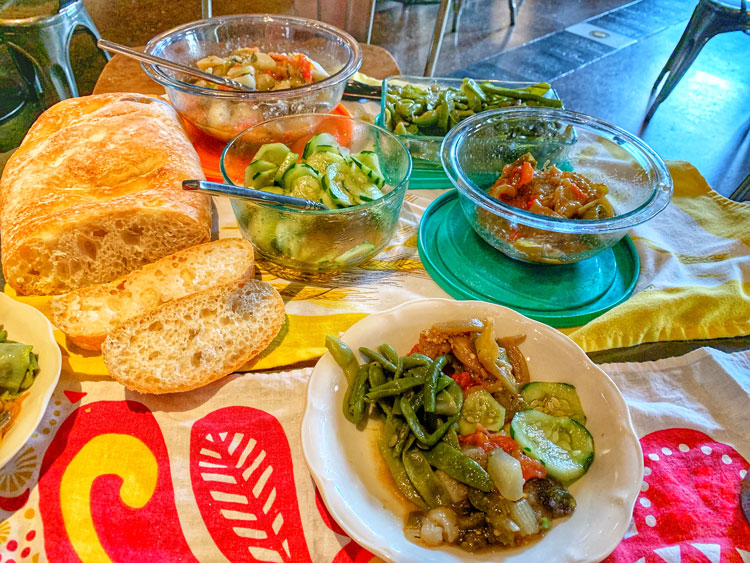 Lunch with the Italian Garden Project
Last week, I met up with Mary Menniti, founder of The Italian Garden Project, to talk about Fig Fest — her annual celebration of figs and the people in western Pa. that grow them. I’ll have details soon about the event, which on Sept. 15 will feature food from Vallozzi’s, garden demonstrations and more. Menniti suggested that we meet in the lobby of the Heinz History Center so that she could share a few dishes prepared with ingredients Fenice and Nicola Mercurio’s garden —  and we enjoyed a picnic basket full of roasted peppers and eggplants, succulent green beans in garlic and olive oil, crisp cucumbers in vinegar and other Italian summer classics. It was a warm culinary contribution of the region’s Calabrese and Abruzzi immigrant families, as well as a perfect example of how simpler is better when you have a good foundation to work with — none of the dishes were overcomplicated with too many ingredients.
theitaliangardenproject.com