Real Pittsburgh Wedding: Katie and Emily Have an Ideal Love

Kaitlyn Burns and Emily Torbett got engaged in the middle of a crosswalk that had significant meaning to their relationship's beginning. 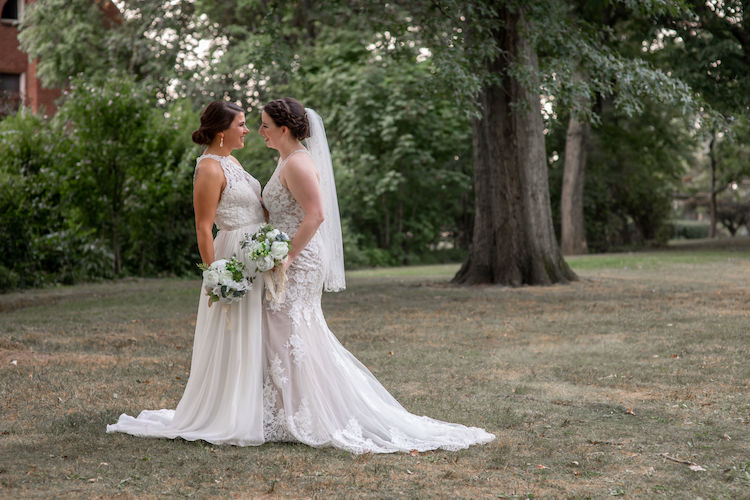 PHOTOS BY CUSTOM PORTRAITS BY CHARLENE 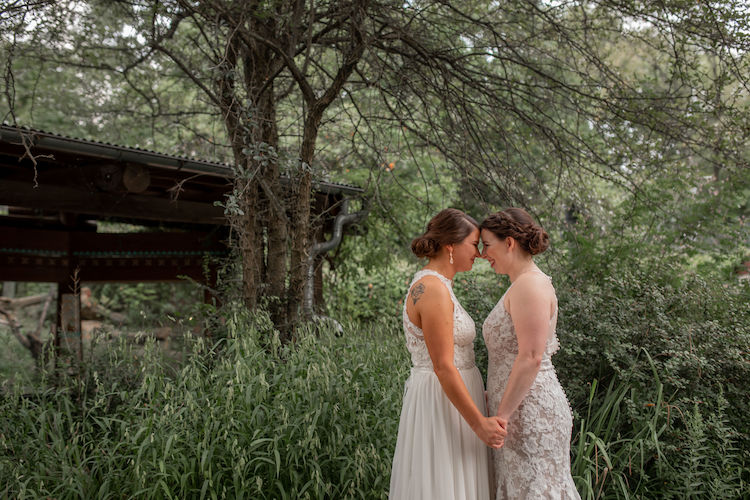 When Katie Met Emily
After connecting on the dating app HER, Katie Burns and Emily Torbett agreed to meet at Hough’s Tap Room & Brewpub in Greenfield for a first date in October 2016. The two ended up closing down the bar, barely noticing four hours had passed as they chatted about their similar tastes in music and shared love for the outdoors.

“I wasn’t even planning on staying in Pittsburgh; I was in my third year of law school at the time,” says Katie. “But there was just something about her.”

When the pair left the bar, they crossed the street together and Emily leaned in for a hug. Katie, distracted by the fact they were in the middle of the crosswalk, patted Emily on the back, which Emily had teased her about ever since. 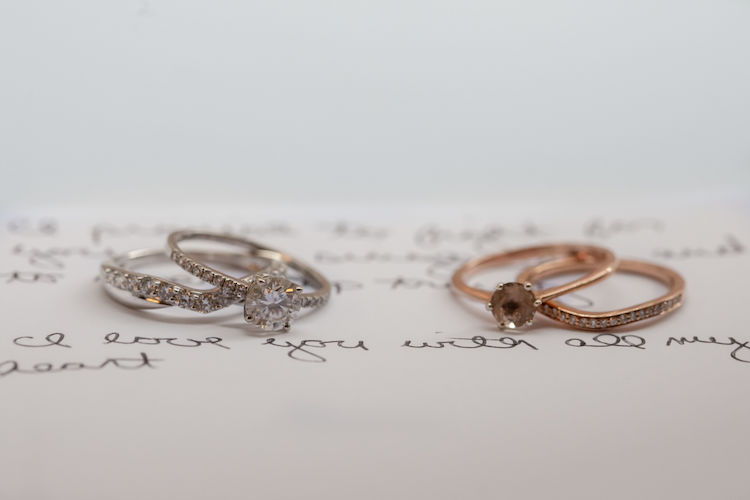 She Said Yes
On the two-year anniversary of their first date, Katie got down on one knee in that same crosswalk, and Emily said yes. Knowing Katie wanted a proposal and ring of her own, a few months later Emily arranged for their family and friends to gather at The Abbey on Butler Street in Lawrenceville, where she got down on one knee to ask Katie to spend the rest of their lives together. 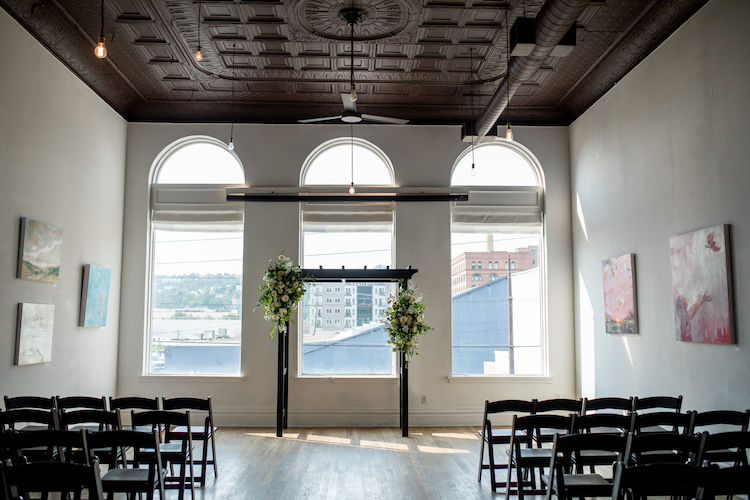 The Big Day
Katie knew she wanted a wedding; Emily wasn’t a fan of the idea.

“I could have gone to the courthouse the very next day … when she proposed to me,” she says. “I just really wanted to be married to her and not have to wait and plan.”

But Katie says since same-sex relationships weren’t necessarily accepted when she was growing up, she wanted to celebrate their love.

On Aug. 7, 2021, they gathered friends and family for an intimate ceremony at the Union Hall at Bar Marco. A violinist played “In My Life” by the Beatles as their parents walked them down the aisle, and they were married under a trellis Katie’s uncle built. Emily’s best man did a reading from the Supreme Court case Obergefell v. Hodges, which granted same-sex couples the right to marry, and her mother orchestrated an elaborate cookie table.

At their reception at Pittsburgh Zoo & PPG Aquarium, guests were treated to animal experiences with a bearded dragon, a hedgehog and more.

“When we sat down at the table [at the reception], I said, ‘I’m going to say this probably for the first of many times in our marriage,’” Emily recalls.“‘You were right. This is really nice.’” 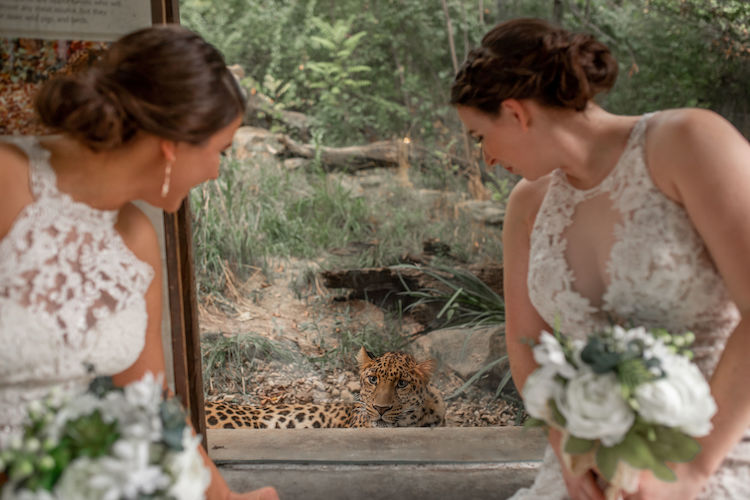 Happily Ever After
Katie, 29, is an attorney at Feinstein Doyle Payne & Kravec Downtown, and Emily, 28, works in pharmaceutical access for patients with rare diseases at RareMed Solutions in Carnegie.

They live in Wexford with their three cats and hope to start a family soon. 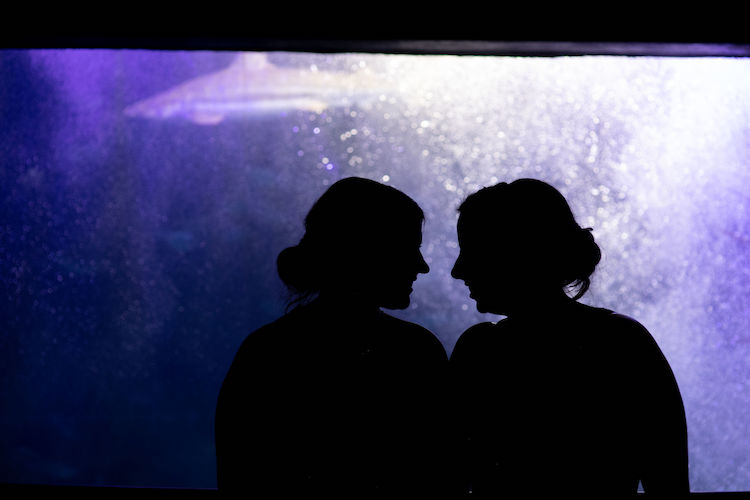