These high school sweethearts were finally able to tie the knot in a fairytale setting. 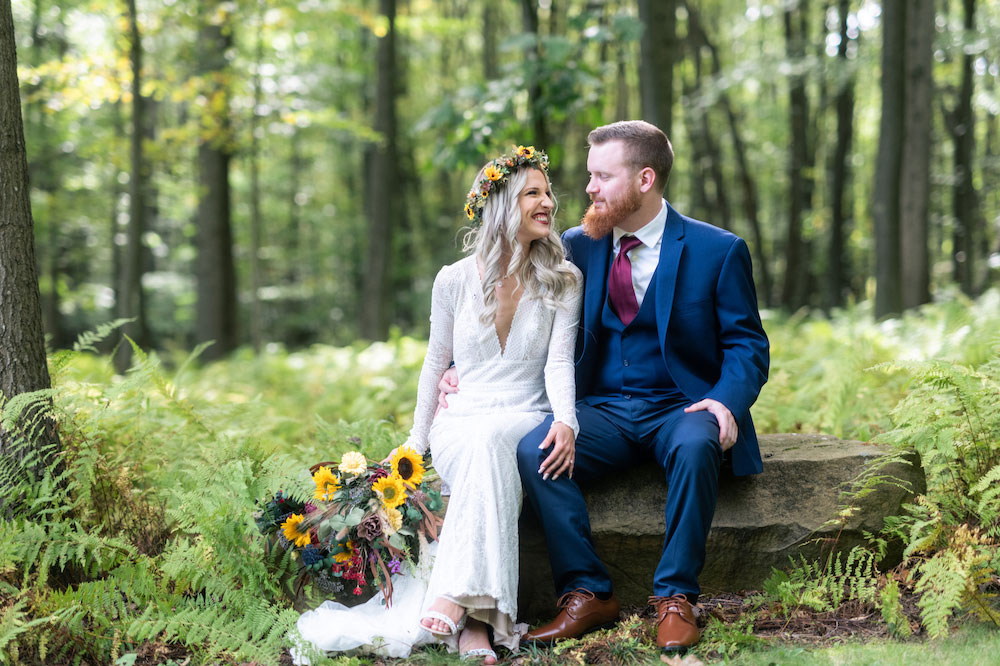 When Evan met Mallory
It’s hard to imagine that your future spouse could be passing you before the morning school bell, but that’s exactly what happened with Evan Kern and Mallory Sluhocki.

In high school, Evan was in the same first-period math class as Mallory’s older sister. Although Evan was a senior and did not have any classes with Mallory, a sophomore, he had seen her walk into school with her sister every day. Eventually, one morning, Evan gathered enough courage to ask Mallory for her phone number. The two began dating, and in Mallory’s words ‘the rest is history.’ 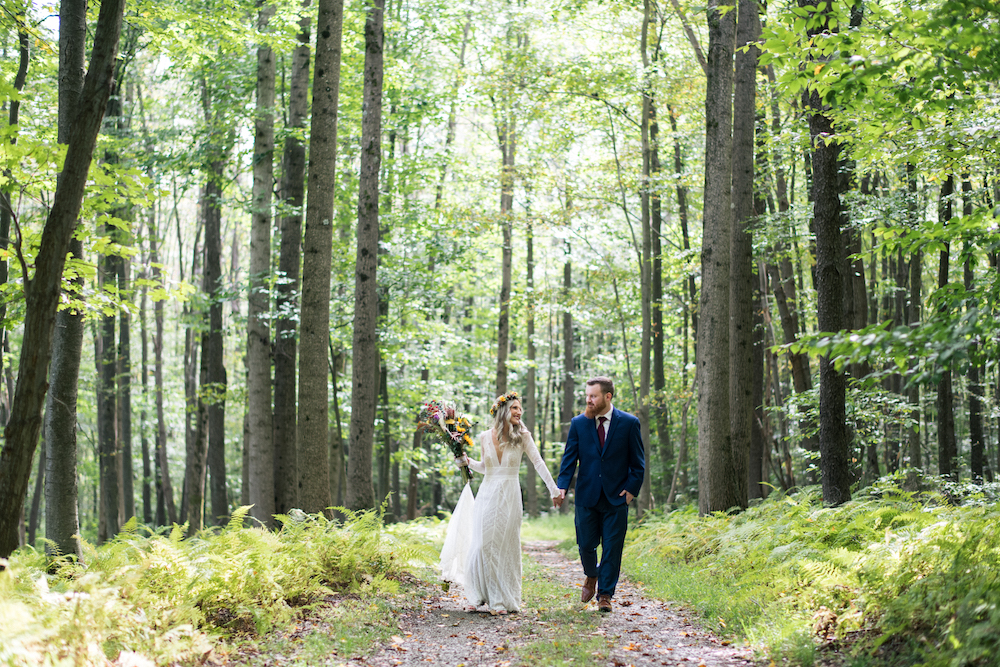 Mallory recalls a sense of disappointment leading up to the day because she assumed the two would not be able to do anything special to celebrate since she had to work throughout that weekend. However, when Mallory arrived home after work, she found Evan down on one knee in their living room.

“I was completely surprised as I had talked to him earlier about being bummed that we couldn’t do anything, but he promised he would ‘make it up to me.’ Little did I know that meant proposing,” says Mallory. 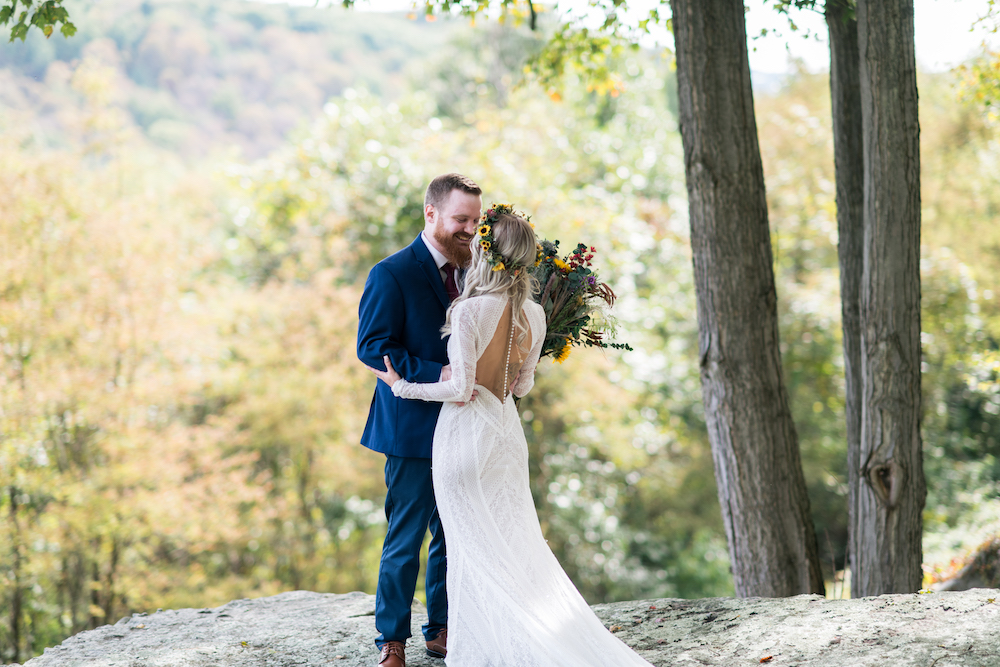 The Big Day
The couple tied the knot on Oct. 2, 2021, at what they considered to be the perfect venue, Oak Lodge in Laurel Highlands. They were married in an entirely wooden chapel situated in the middle of the forest, which was the main reason why they were drawn to Oak Lodge in the first place.

“We loved being surrounded by nature and feeling those natural touches throughout the venue,” says Mallory.

One fond memory Mallory holds is the first look between her and Evan; she said without it, the couple would not have had any time alone.

“It was so special to have that moment with just Evan and I,” says Mallory. “I’ll never forget the look on his face when I spun him around and he saw me.”

Evan and Mallory were able to make their family and friends a big part of the festivities. One of their closest friends, John, performed the ceremony, and their loved ones were able to stay onsite at Oak Lodge for the entire wedding weekend.

“We really got to take our time and enjoy the occasion,” says Mallory. 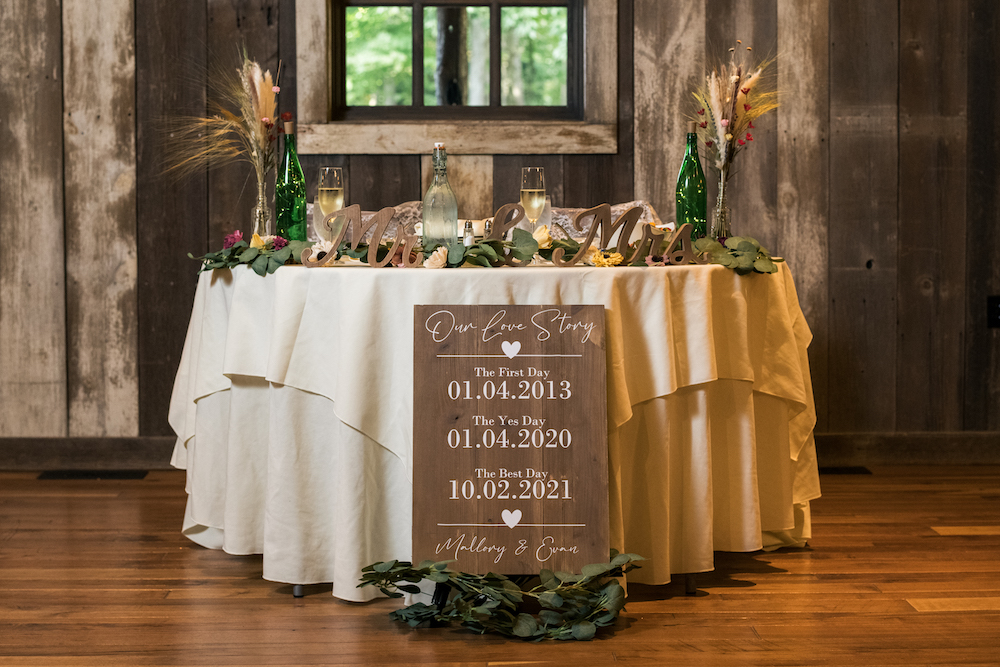 Happily Ever After
After their woodland wedding, Evan and Mallory traveled to Jamaica for their honeymoon. Now, they are planning to take a trip to Colorado to celebrate their first wedding anniversary and hope to start a family. 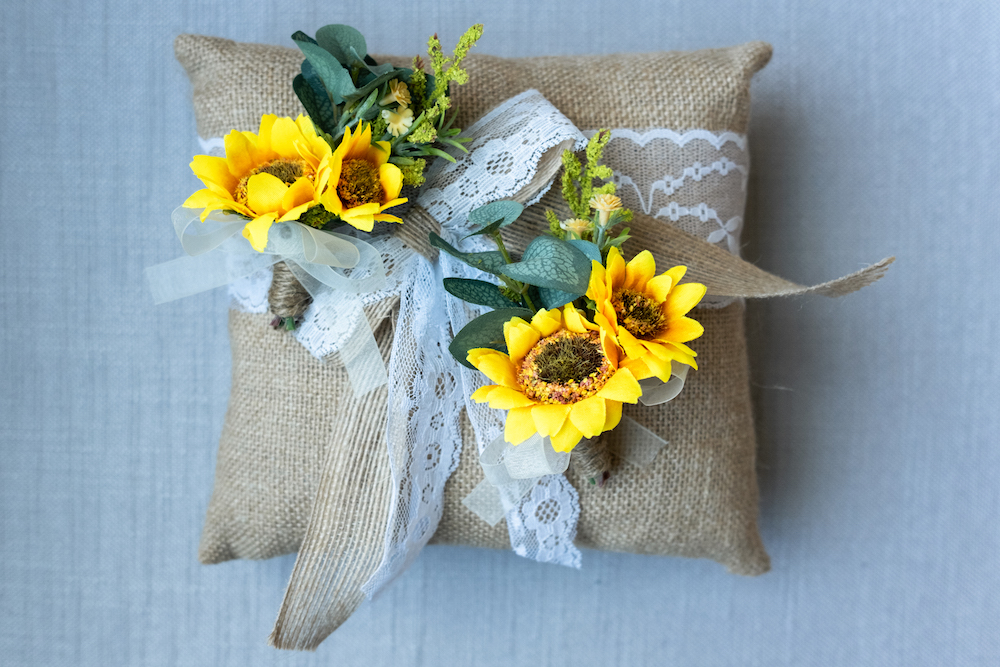