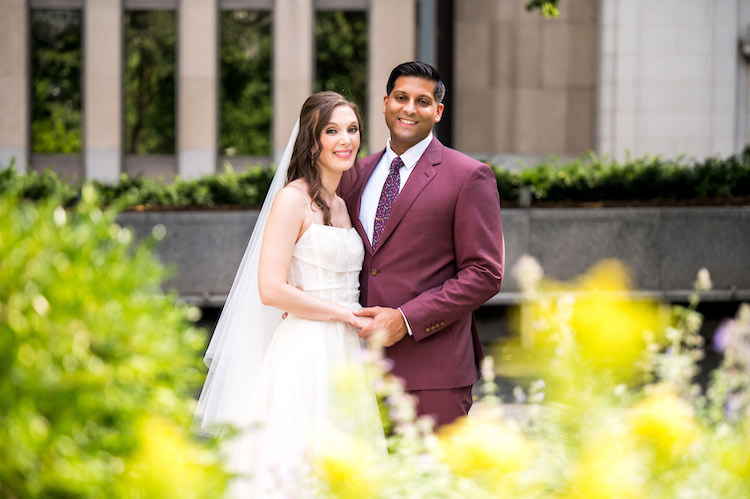 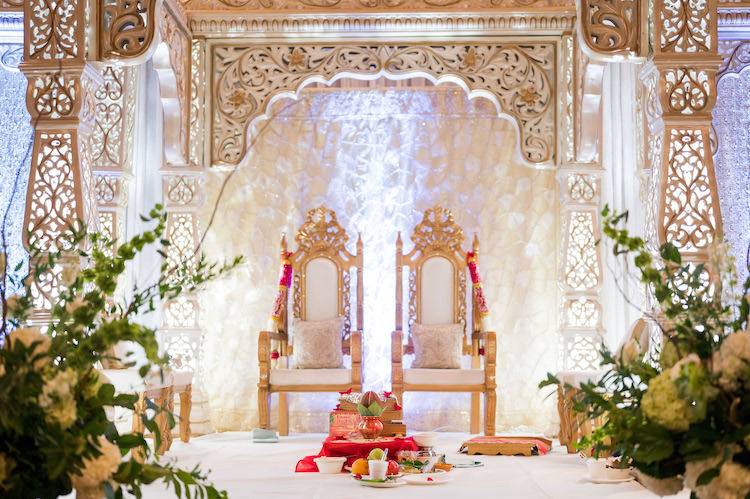 When Monishi Met Tanner
It all started with a buyout. Monishi Chakrabarti and Tanner Opalinski worked together in Manhattan and had known each other for about a year, but Monishi didn’t date people from work. When their company, Time Inc., was bought out by Meredith Corp. in 2017, it meant that they likely would leave or be laid off.

“The buyout was a blessing in disguise,” Monishi says. “I never would have asked her out unless we were all getting laid off.”
For their first date, Monishi planned a three-part evening. They started with casual drinks at a college pub, and when that went well, they moved on to dinner at an Italian restaurant a couple blocks away. Dinner also went well, so they ended their evening with cocktails at a speakeasy — and their first kiss. 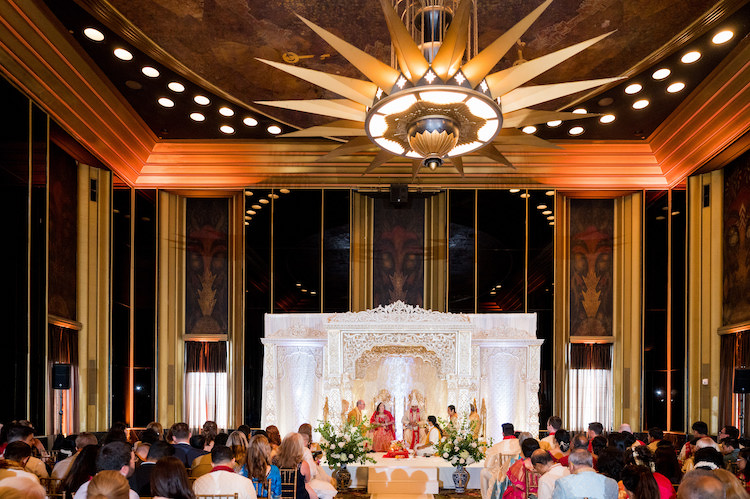 She Said Yes
While visiting Tanner’s parents in Gibsonia for Christmas 2019, Monishi asked for Tanner’s father’s blessing to marry her. Her dad’s Christmas present that year was a knife sharpener, so “he was actually sharpening a bunch of knives in the basement when I asked him,” Monishi says.

Monishi proposed a few months later using the same series of events he and Tanner had experienced for their first date, except in reverse. They started with drinks at the speakeasy, where he proposed with his brother and sister-in-law taking pictures.

Afterward, they went to dinner at the Italian restaurant, where he surprised her with both sets of their parents and their siblings. They ended with drinks at the college pub and karaoke, where all of their closest friends were waiting to congratulate them. 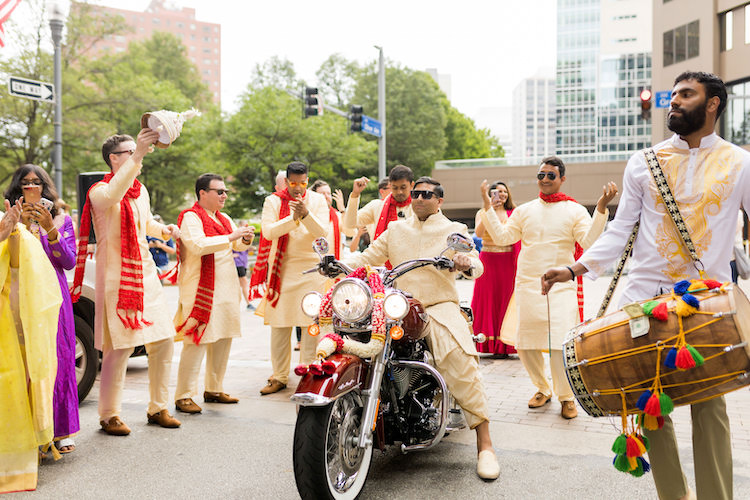 The Big Day
Tanner and Monishi’s celebration started with Monishi’s baratt, an Indian wedding procession for the groom, where he entered on a motorcycle and held a dance party in front of their venue. “It really kicked off the day at an 11,” Tanner says.

Because of the coronavirus pandemic, “People had been starved for a party and were excited to be there.”

“I like to think it was a true east-meets-west wedding, both metaphorically and physically,” says Monishi. 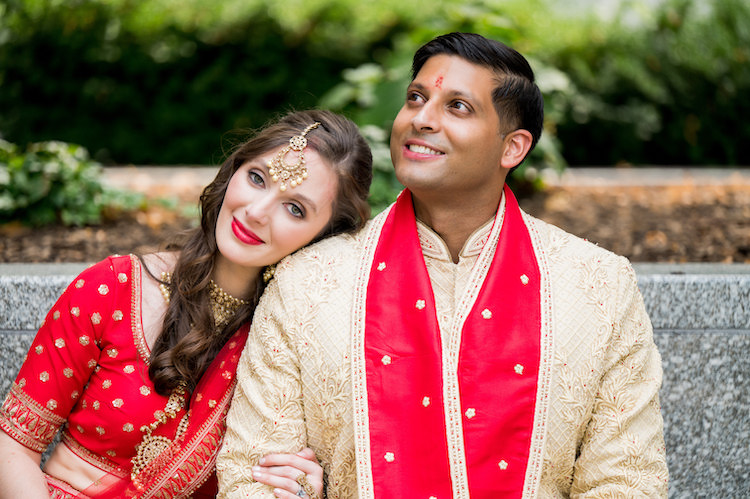 Happily Ever After
After their wedding, Monishi and Tanner returned home to Manhattan and honeymooned in Greece later in the year.
Monishi, 32, is a senior product manager at Comcast. Tanner, 35, is a product manager at Hachette Book Group. The couple is expecting their first baby in October. 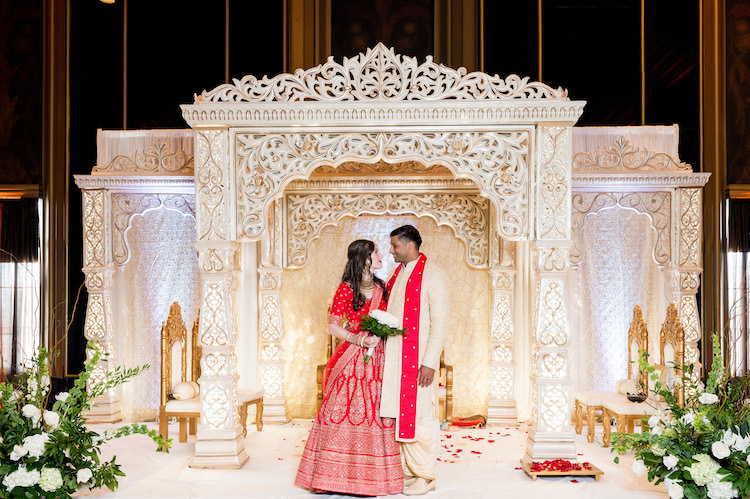