Quick Review: Buñuel in the Labyrinth of the Turtles

Row House brings an animated film about the influential filmmaker to its Surrealism Week. 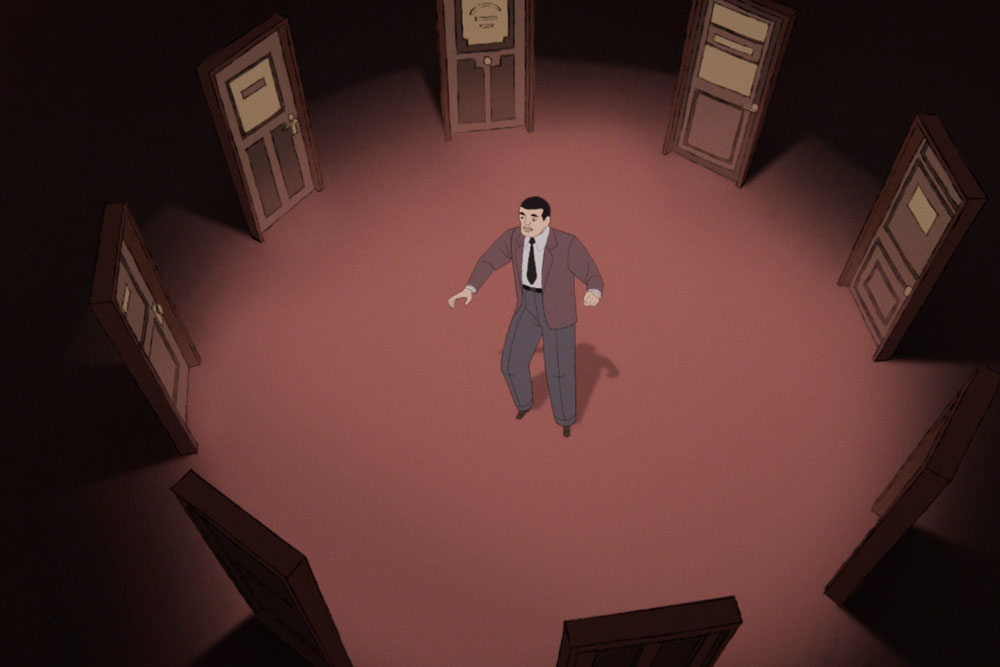 I can’t profess to be particularly familiar with the surrealist filmmaker Luis Buñuel. I’ve engaged in the troubling viewing of “Un Chien Andalou” that every self-respecting movie guy must endure, but beyond that, I regret that I haven’t embarked on any particular study of his work.

And yet a very specific look at the artist resonated with me. “Buñuel in the Labyrinth of the Turtles,” an animated depiction of the filming of Buñuel’s 1933 movie “Las Hurdas: Tierra Sin Pan,” is a striking, witty and wistful portrait of the artist, raising (but never answering) provocative questions about truth in art.

“Labyrinth of the Turtles,” which appears as part of Row House Cinema’s Surrealism Week, sees Buñuel struggling in the wake of outrage provoked by his controversial “L’Age d’Or.” When a friend, Ramon Acin, promises to finance a film if he wins the lottery — and then wins the lottery — Buñuel begins work on an ambitious pseudo-documentary. “Labyrinth of the Turtles” depicts (and perhaps exaggerates) the plight of poverty-stricken residents of Spain’s rocky Las Hurdas region.

There are lovely bouts of surrealism in “Labyrinth of the Turtles,”, particularly in the form of Buñuel’s troubling dreams. Its most beautiful moments, however, depict the struggle of the artist to define his own place and attitude; the image that stands out to me is not one of the inventive (or disturbing) scenes, but rather one of Buñuel staring at the rain, waiting for it to pass so filming can resume.

Viewers should be aware that “Labyrinth of the Turtles” includes some footage from the original film, including scenes depicting (real) violence against animals. Those shocks aside, however, it’s an impressive and affecting work.

“Labyrinth of the Turtles” will be screened this week alongside one of Buñuel’s later classics, the Oscar-winning “Discreet Charm of the Bourgeoisie.” David Lynch’s excellent “Mulholland Drive” and Jan Svankmajer’s “Alice” round out the lineup.