Pusadee's Garden Will Close at End of Year (But Not Forever)

Look for some big changes at the Upper Lawrenceville restaurant, which is expected to shutter for at least a year. 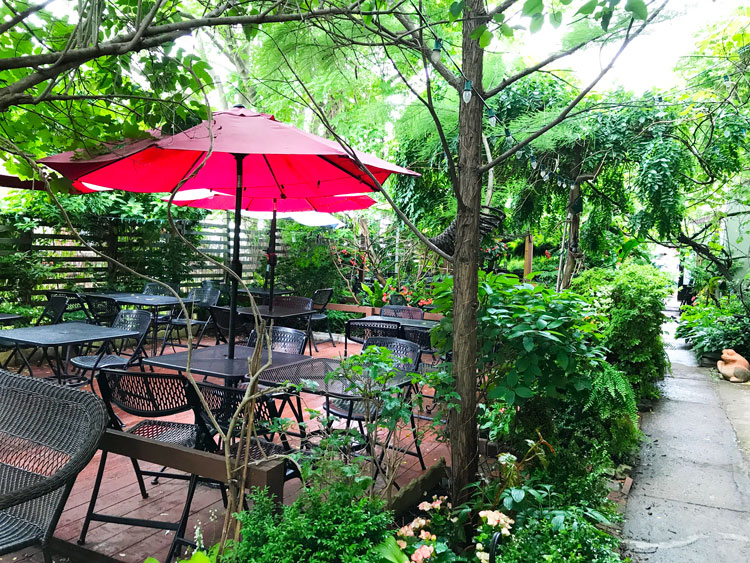 It looks as if Pittsburghers are going to have to live without Pusadee’s Garden in Upper Lawrenceville for some time.

The al fresco Thai restaurant will, as it usually does, close for the winter. However, it won't reopen the following spring. If all goes as planned, the restaurant will remain closed in 2018 for a full remodel.

The Tongee family purchased the lot adjacent to Pusadee’s, which is named after matriarch and head chef, Pusadee Tongdee, and plan to expand both the restaurant and the garden as part of an ambitious rebuild. Co-owner Jik Tongdee says that diners can expect a larger, brighter indoor dining space and a significantly bigger garden; they’re still working through the specific design details with an architect.

“Every year we have to redo things over and over again. This is going to be much bigger, much nicer and, if we do it right, it’s going to save us a lot of time,” Tongee says, noting that some days she’ll spend up to two hours watering the complex — but never irrigated — landscaping.

The family will spend time in Thailand during construction researching and preparing an entirely new menu for the restaurant’s relaunch. “Every Thai restaurant has the same menu. We want you to be able to come here and eat like you’re in Thailand,” Tongee says.

Expect a significantly smaller menu, around 15 items. Unlike the current list, which mostly has remained the same for the better part of a decade, this one will feature a rotating selection of dishes. The Tongees also are planning on obtaining a liquor license.

Pittsburgh diners still have several months to visit the restaurant, which we honored as “Best Outdoor Dining” in our June issue. And, if you find yourself craving some of the restaurant’s signature menu items in the interim between the end of this season and the opening of the new space, the family also runs Noodlehead in Shadyside.