It’s all part of the plan to increase the health and vitality of the city center. 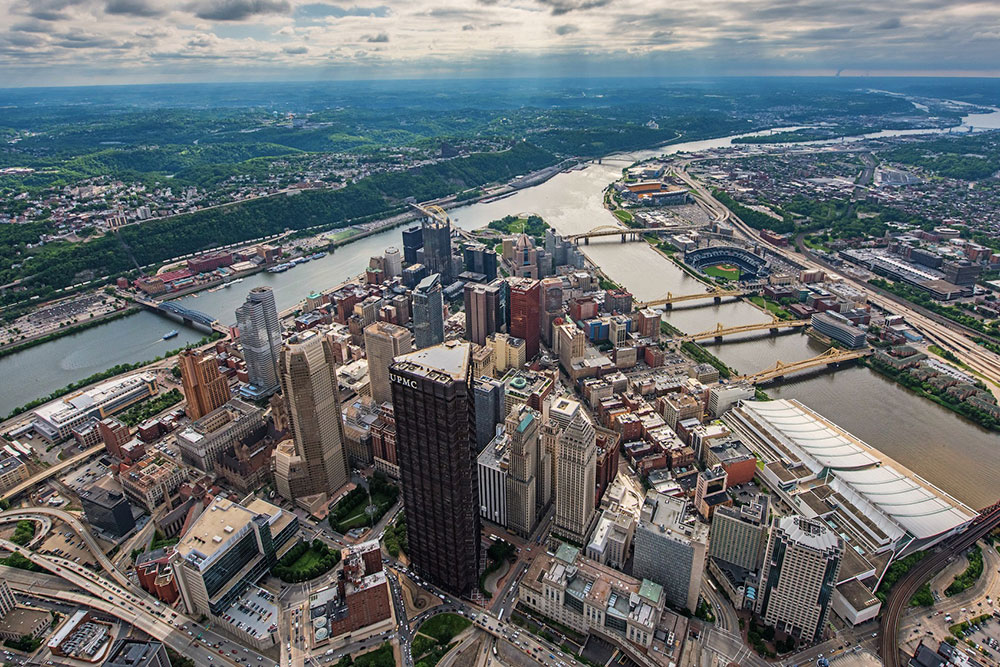 As Downtown continues to take a new shape following the devastating impact of the coronavirus pandemic, a new pilot program could help bring affordable housing to the neighborhood.

The City of Pittsburgh announced its intention to present legislation to Pittsburgh City Council that would reappropriate $2.1 million in American Rescue Plan Act funds to a new project: converting historic office buildings into residential buildings. This will add to the $3 million that the commonwealth has already granted to the Urban Redevelopment Authority for this purpose.

The City’s efforts join those of Allegheny County Executive Rich Fitzgerald and state senators Jay Costa and Wayne Fontana as well as members of the Allegheny County delegation, all of whom are aiming to create a $9 million program to increase the supply of affordable workforce housing — an addition the city says would benefit the overall health and vitality of Downtown.

“The Downtown Conversion Program is a great opportunity to recover from the devastating impacts that COVID-19 had on our Downtown commercial buildings,” Costa said in a statement. “Providing funding to assist converting these spaces will jump start the creation of needed and desired residential properties and reinvigorate the Golden Triangle.”

The proposed plan comes amid a wave of change for Downtown, which had garnered an unsafe reputation prior to the pandemic, and then suffered great economic losses during it. In a recent report, the Pittsburgh Downtown Partnership said that Downtown is still only 56% recovered from those losses as of May 2022. Average daily activity in the Golden Triangle is still down 44% from its pre-pandemic levels, and office buildings remain only 22% occupied. Only about 29,000 workers head Downtown to work in-person, compared to the more than 70,000 pre-pandemic.

“As the market has changed over the past few years, including changes to the office market, we must also adjust,” said Fitzgerald in a statement. “The residential market in Downtown and the surrounding areas remains strong and it only makes sense to transition to that need.”

Other changes to Downtown include the planned opening of a Target store on July 17, as well as a new Five Below and the relocation of Burlington — all in the old Kaufmann’s building. In November 2021, the PDP also introduced a concept called the Edge Loyalty Card, which provides access to discounts from more than 40 Downtown businesses.

Similarly, the Downtown Mobility Plan offers a grand vision of an inclusive Downtown that’s safe, accessible and easy to navigate. Part of the plan includes the widening of sidewalks on Smithfield Street, which organizers say is “primed for a facelift,” as well as enhanced green infrastructure and more.

The goal is to welcome workers, residents and visitors back to the city center while also putting in place the infrastructure necessary to make it a hub — a goal that would be bolstered by the inclusion of affordable housing in some of the city’s historic (and mostly vacant) office buildings.

Increasing residential housing Downtown, where rent prices tend to be high and unaffordable for many, has been on Mayor Ed Gainey’s agenda since he was elected; in May, he expanded the city’s inclusionary zoning district, requiring any new development with 20 units or more to designate at least 10% for low-income housing.

“The City of Pittsburgh is the heart of Allegheny County and the economic engine of Western Pennsylvania,” Fontana said in a statement. “The Downtown Pittsburgh Conversion Program is a bold and innovative idea to ensure that the City continues to drive economic prosperity, while ensuring equitable access to housing.”

The Downtown Conversion Pilot Program guidelines are still being developed and will require approval by the URA board before an application can be released. In the meantime, anyone with interest in the program is invited to contact the URA at engage@ura.org.