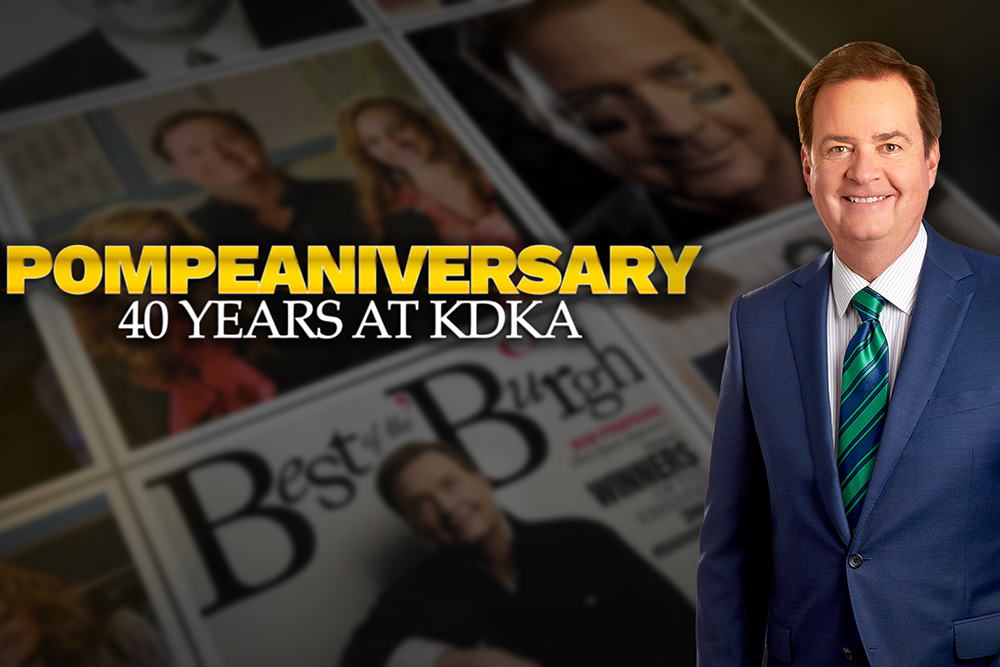 Time and time again, Bob Pompeani has been named as a favorite Pittsburgh personality in Pittsburgh Magazine readers’ polls, and this month, the sports reporter will celebrate his 40th anniversary with KDKA.

At 7:30 p.m. on July 9, the station will celebrate Pompeani’s illustrious career by airing “Pompeaniversary: 40 Years at KDKA.” Viewers will also be able to live stream it on CBS News Pittsburgh.

“Pompeaniversary” will look back on the major highlights from the last four decades, including Pompeani’s coverage of multiple Super Bowls, Olympic Games, Stanley Cup championships and more. It will also feature his work within the community, where he has helped local charities raise millions, and showcase some “lighthearted and hilarious times” from Pompeani’s life off-camera. His daughter, Celina Pompeani, an Emmy Award-winning KDKA-TV personality, was voted favorite news personality in 2020 in Pittsburgh Magazine’s Readers’ Poll.

The show will be hosted by KDKA-TV anchor and reporter Rich Walsh and KDKA-TV anchor Ken Rice, a winner of Pittsburgh Magazine’s 2022 readers poll in the “TV News Personality” category. Longtime KDKA veterans will look back on the career that has made “Pomp” — as he’s fondly known around town — synonymous with Pittsburgh sports.

Local and national sports celebrities will join the show, too, offering messages of support to Pompeani.