Encompassing moments of legend alongside hidden details, the Western Pennsylvania Sports Museum is a monument to athletic achievement — and a fitting shrine to the late Franco Harris. 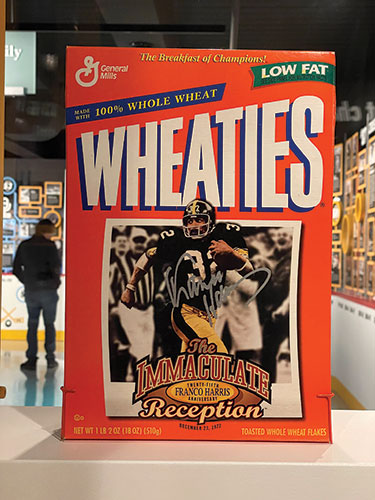 At the Western Pennsylvania Sports Museum — a sprawling, two-story section of the Heinz History Center — an introductory plaque succinctly lays out the need for such a hall. “No city of comparable size,” it reads, “has matched Pittsburgh’s success in sport.”

It’s a stirring claim, immediately backed up by the goosebump-inducing video highlighting Steel City champions from years past. And throughout the winding path and innumerable displays, the stories of those athletes are told in detail, as even more obscure competitors and games are celebrated with the same honor as household names. This is a place that preserves not only the heights of sport but also the scope of the term.

Of course, Pittsburgh’s greatest heroes are well represented; plenty of real estate is given to Arnold Palmer, Bill Mazerowski, Mario Lemieux and — pointedly — Franco Harris. Since the Pro Football Hall of Famer’s death in December, a guestbook asking for visitors to leave memories of the Steelers great has sat beside a statue depicting the Immaculate Reception (identical to the one found at Pittsburgh International Airport) found in the Sports Museum’s entryway. 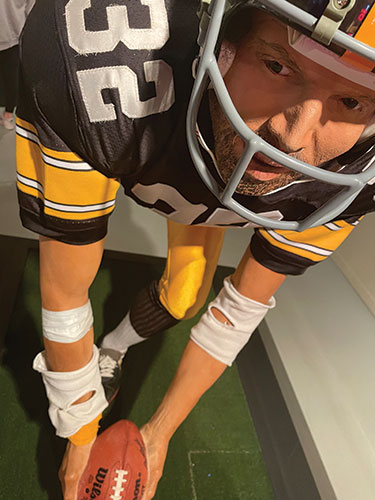 Long before Harris’ death, though, this place was the best tribute to his on- and off-field achievements. Several display cases are filled with memorabilia from his storied career, from personal items to his championship ring from Super Bowl IX. No moment in the 200-plus years of sports chronicled here is as memorialized as the Immaculate Reception; the shoes Harris wore when he made that improbable catch are on display, as is the turf itself. The exact patch of ground where Harris stood in 1972 is hanging in this building.

For fans of anything black and gold, making a pilgrimage here is essential. But right now, as Pittsburghers mourn the loss of a beloved figure, a trip to the Western Pennsylvania Sports Museum is an act of remembrance.

Look for a somber, but telling, item in one of those display cases: A letter from President Barack Obama commending Harris on the occasion of the Immaculate Reception’s 50th anniversary. While Franco died before the celebration, the letter arrived in time; now, like the play itself, it’s preserved for history.

Insider’s Tip
We love a good gift shop, and the Heinz History Center has one of the best — especially its remarkable collection of books, covering subjects relating to the museum’s exhibits and plenty more besides. Find your next fascinating read in the shop, located to the left of the main entrance.

While You’re Here:
You’re in the Strip; come hungry. The Heinz History Center is open daily from 10 a.m.-5 p.m., so early risers can pop down at the perfect time for an old-fashioned breakfast at one of the popular nearby diners. Pamela’s, DeLuca’s and Kelly O’s all have die-hard fans.

This article appears in the February 2023 issue of Pittsburgh Magazine.
Categories: Places We Love