Places We Love: Condor’s Court at the National Aviary

You Rang? Lurch and Lianni, the impressive Andean condors at the National Aviary, are always ready to receive visitors — including those just passing by. 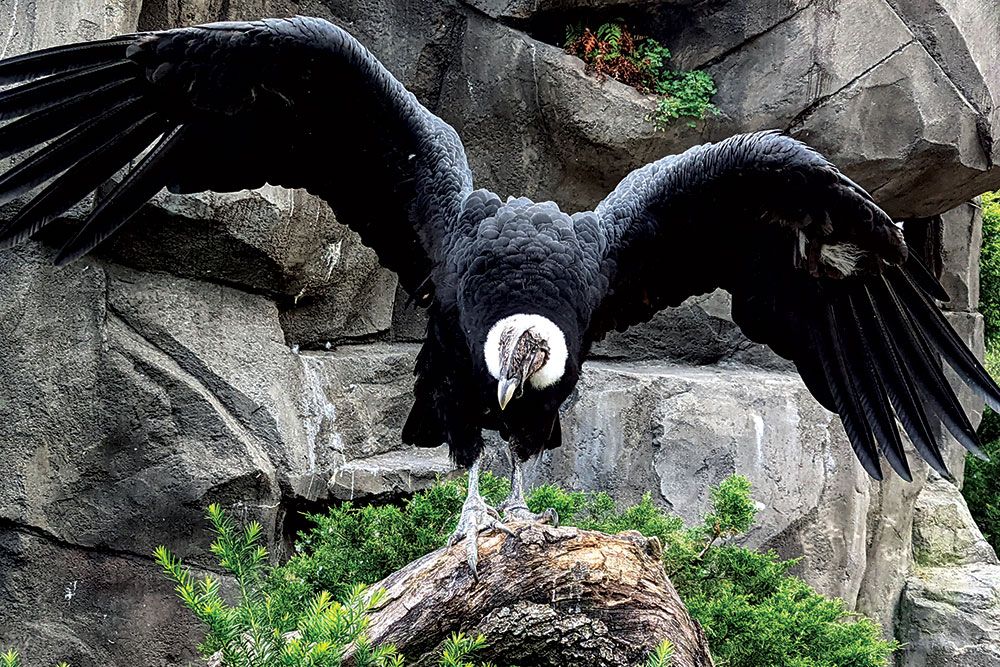 With their stern gaze and 10-foot wingspan, the sight of an Andean condor is impressive. The stately, imposing birds — some of the largest raptors in the world — are surprisingly agile and active; you’re likely to see them strutting around their habitat, leaping majestically from rock to rock, if you visit them at the National Aviary.

Find out for yourself — you don’t even need to buy a ticket.

The Andean condor habitat, which opened in 2015, is the centerpiece of the National Aviary’s outdoor area, Condor’s Court. Guests are able to stand mere feet from Lianni and Lurch, getting an intimate view of the pair-bonded adults. If you’re merely strolling the North Side, however, you can still get an impressive view; these birds can easily be watched from outside the Aviary’s fence. 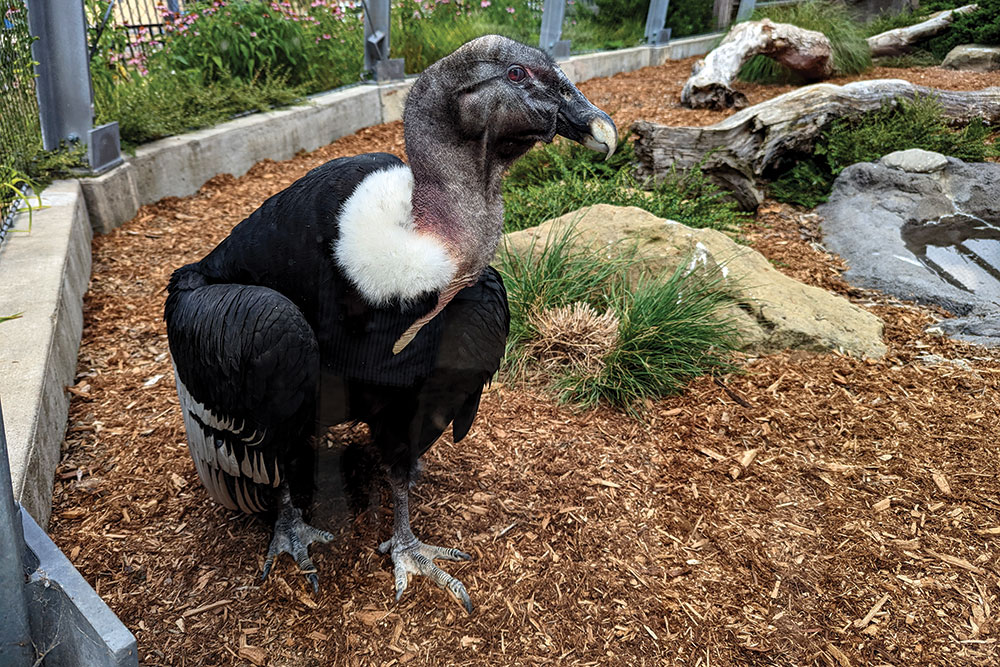 “With most condor areas, you’re away from [the habitat],” says Kurt Hundgen, the National Aviary’s director of animal care and conservation programs. “We designed this purposefully; we have four glass areas where people get right up close to the condors. From the exhibit standpoint, it works for the visitors … But what’s more important is that it works for the condors.”

And it should work well for their growing family: Lianni and Lurch have recently welcomed a new addition. A chick, unnamed as of press time, was born in June; Hundgen says she’s developing very well inside a dedicated cave-like portion of Condor’s Court and should have ventured outdoors by the time you’re reading this. Visitors — both those inside the National Aviary and those walking through Allegheny Commons Park — should be able to get a glimpse of the chick. It’s a rare opportunity, given the threatened nature of Andean condors and the challenges of breeding in captivity. 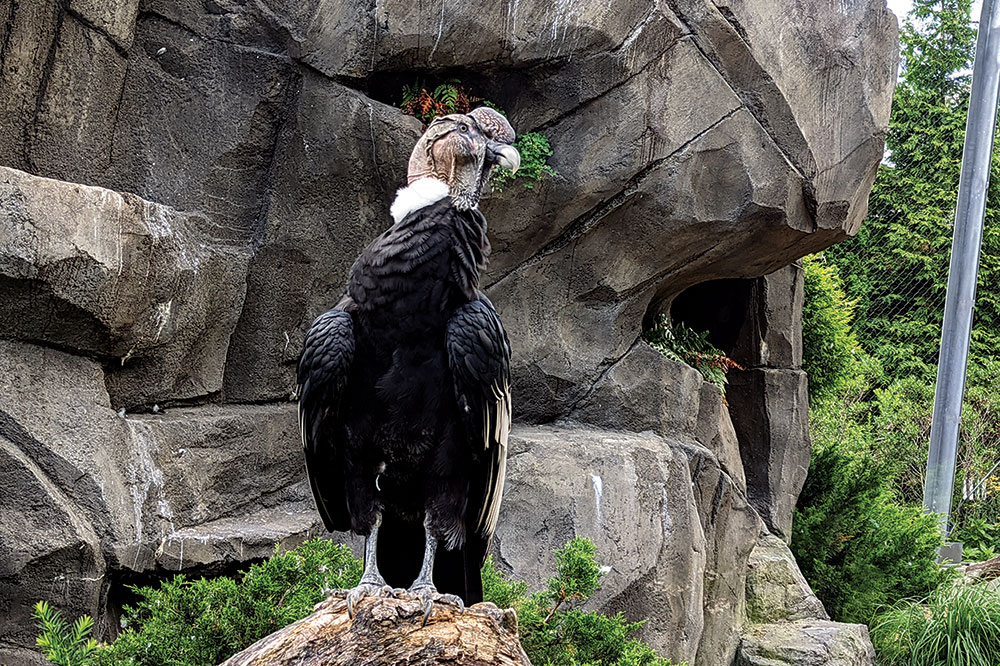 You’ll find a variety of other birds in Condor’s Court, including another raptor, the barred owl; look also for the elegant demoiselle crane. While you can indeed see these birds anytime, day or night, from beyond the condor court fence, be sure to visit the National Aviary in full; its collection of species from around the world is marvelous, and the up-close viewing afforded by its immersive habitats is remarkable.

Meanwhile, Lianni and Lurch will take care of their growing family in the middle of the North Side.

Insider’s Tip
Has it rained recently? To dry off, Lianni and Lurch will exhibit a “sunning” behavior — standing atop a rock and spreading their wings to dry off, giving a view of their full, massive wingspan.

While You’re Here: After a day at the Aviary, head around the corner to 40 North at Alphabet City for a great meal. The restaurant, which shares space with the lovely City of Asylum Bookstore, was named one of our 25 Best Restaurants for 2022.

This article appears in the September 2022 issue of Pittsburgh Magazine.
Categories: From the Magazine, Places We Love