John and Candy Tarallo sell an array of specialty salts, offer advice on how to use them and are about to open a new location in Millvale. 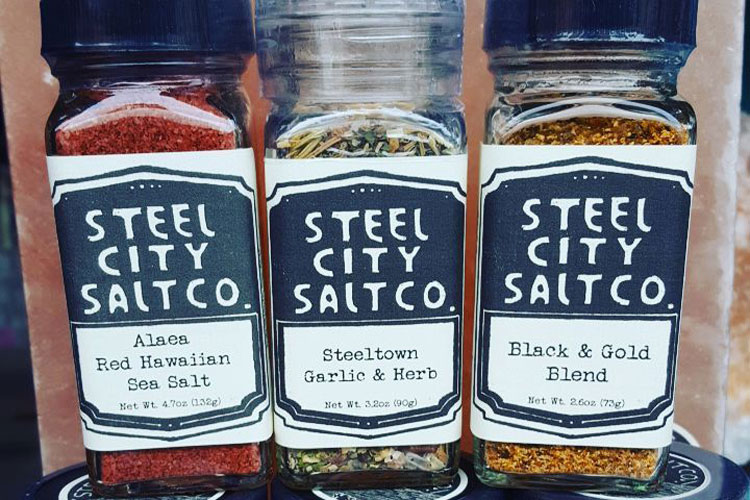 If you’re someone who has an interest in cooking, chances are someone has gifted you a little jar of pink Himalayan salt. At the very least you’ve seen the rough hewn salt lamps at your yoga studio or at your “wacky” aunt’s house. The craze for this particular imported salt started years ago and it’s often the public’s only introduction to specialty imported salts but there is a whole variety of them waiting to be cooked with. One place you can find them is Steel City Salt Company, which is opening a new permanent location at 206 Grant Avenue in Millvale this month.

John and Candy Tarallo, along with John’s father Francesco Tarallo, started Steel City Salt Company in 2014.  The company has been a Strip District constant (a table at 21st and Penn Ave.) for the last four years and they’ve grown enough to open a permanent second location, which will double as a second retail space but will also offer an area for processing, dehydrating and production of their products.

When Steel City Salt Company launched, the Tarallos' focus was entirely on selling their salts. However, as many people seemed interested but a bit puzzled about how to incorporate specialty salts into their cooking, they realized that educating customers and providing other products like rubs and blends would help introduce cooks to the advantages of using their salts. Their website features recipes and tips about how to use the 14 different imported salts they carry. Each salt has different textures and flavor components, making some better for finishing and others better to add during the cooking process. 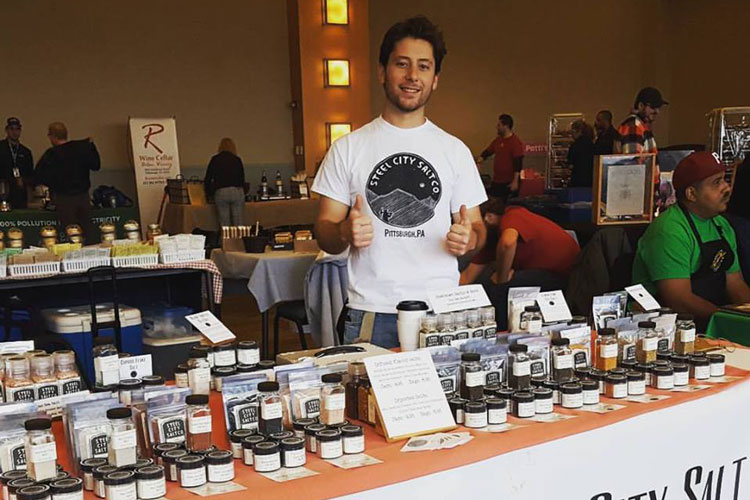 The Tarallos work with a broker to source their salts from all over the world. They recently took a trip to Peru to learn about fresh water salts. Some of the other varieties they carry hail from Mexico, like the sal de gusano and from Pakistan like kala namak salt.

Sal de Gusano which translates to “salt of the worm” is from the southern state of Oaxaca. The salt contains ground agave worms (the same found in the bottom of cheap bottles of tequila) and ground chilis. The worm is actually a moth larvae that lives in agave plants and lends a earthy flavor to the salt. Kala namak is a black salt harvested in Pakistan. It’s also called “himalayan black salt” and has trace amounts of sulfur in it, giving it an eggy taste. Tarallo recommends it on watermelon and popcorn. 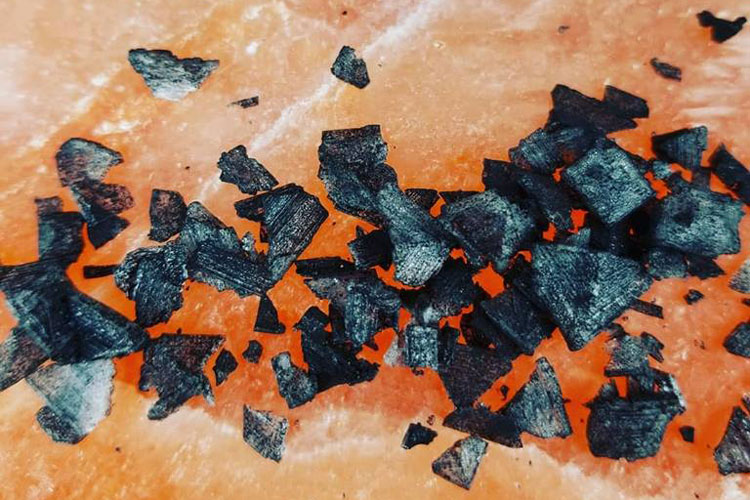 Steel City Salt Company also makes blends and rubs with their salts for those who want to work with something more familiar. Popular sellers are their smoked salt and their Steeltown garlic and herb blend. They hope to begin sourcing more local herbs in the future. Another popular seller is their maple jalapeño blend with the maple sourced from Paul Family Farms in north central Pennsylvania.

For those concerned about sodium intake, John is adamant that using speciality salts while cooking whole foods instead of eating processed foods or using commercial salt will produce better flavor and healthy sodium intake. “You want the salt to bring out the flavor, not be the flavor,” he says. Because these salts are far less processed than commercial salts, Tarallo says that they retain more of their natural mineral content and aren’t as “bitey” and highly salinated as their commercial counterparts. As for how to start cooking with different types of salts, Tarallo has a word of advice; “Don’t be afraid to try something new.”

Steel City Salt company’s location in Millvale is currently open Friday, Saturday and Sunday. After the grand opening on August 18, weekday hours will be set.