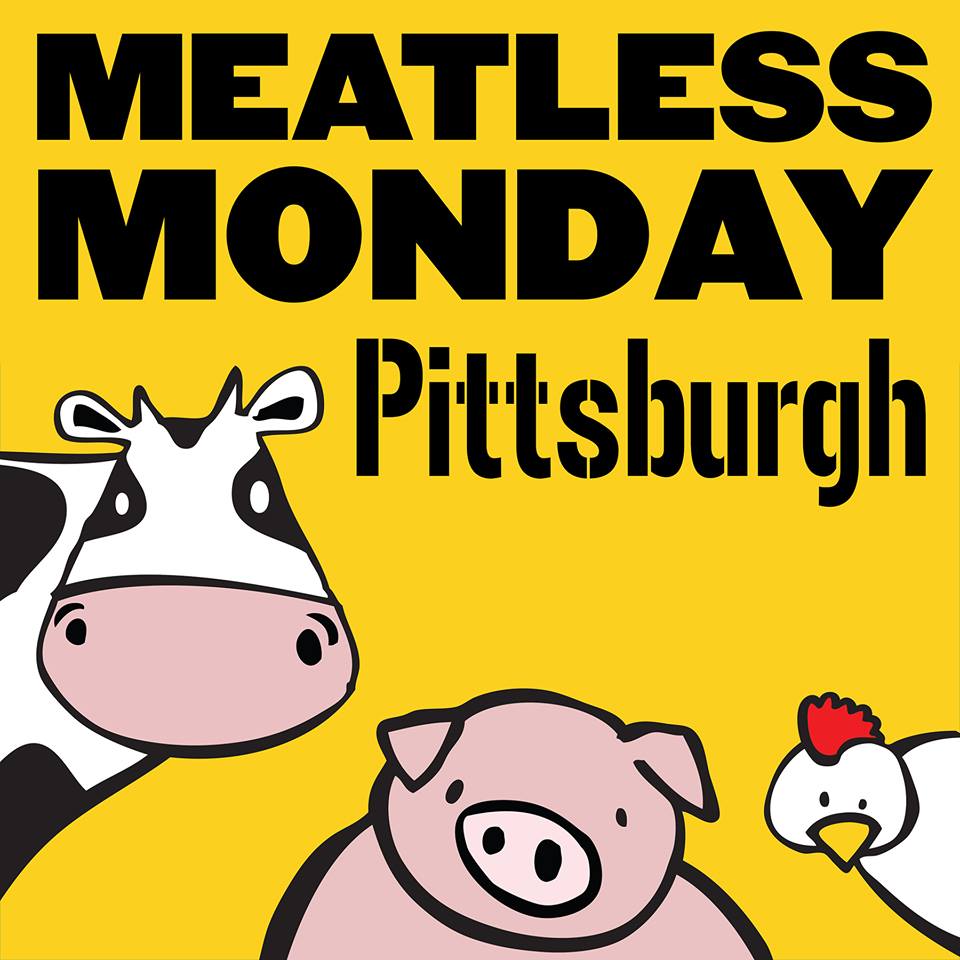 Many of us know we should eat fewer meat-based meals, but sometimes it helps to have a reminder. When earlier this month Mayor Bill Peduto signed a proclamation declaring Nov. 2 as “Meatless Monday,” he sent a prompt to the city to think about our diets.

The Meatless Mondays campaign was launched in 2003 by Sid Lerner in association with Johns Hopkins University;its modern history in the United States goes back to community food saving efforts during both world wars. 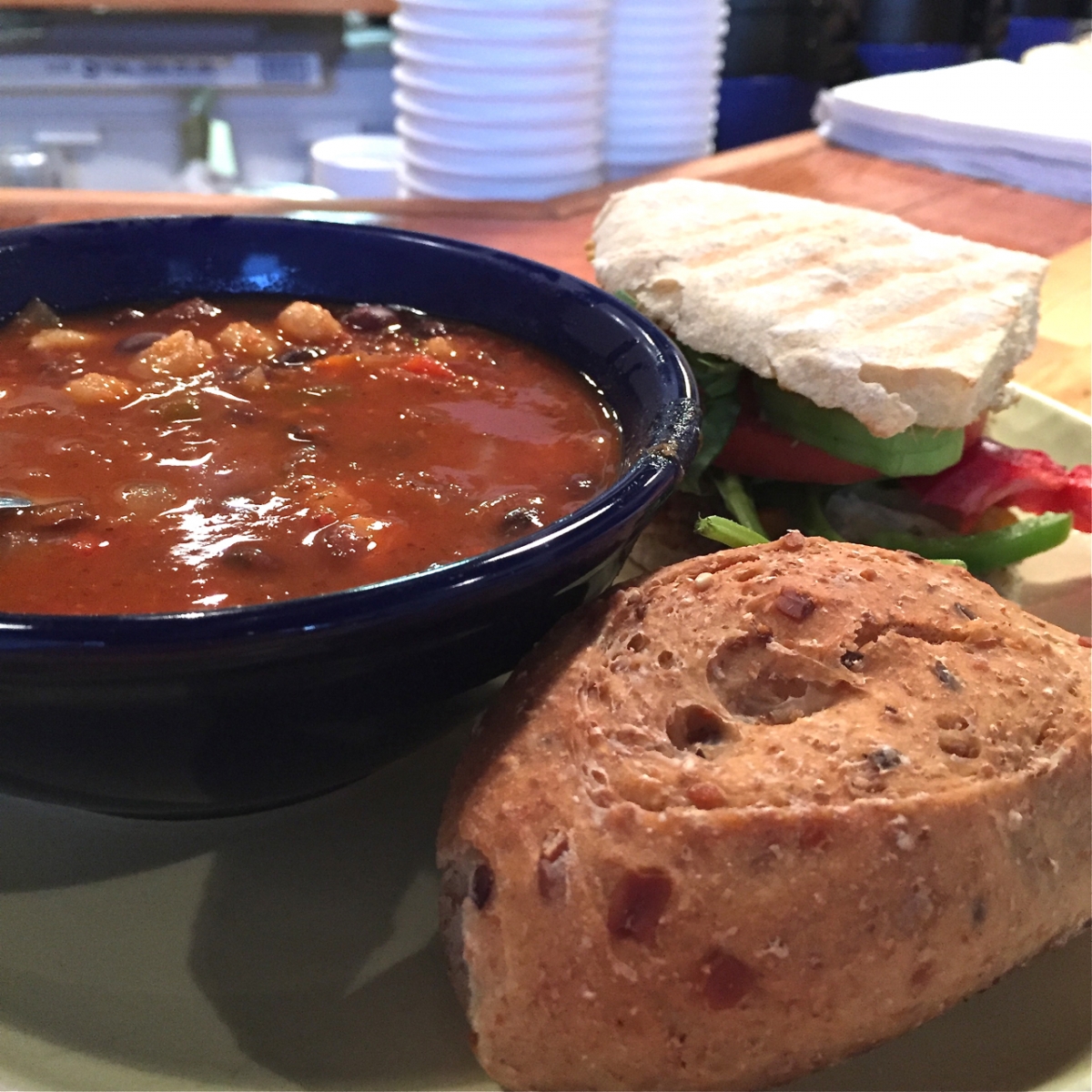 Photo by Hal b. klein

Pittsburgh restaurants still have a long way to go to satisfy diners interested in delicious meat-free meals, but it’s getting increasingly easier and tastier to dine out as a vegetarian. I had lunch at The Umbrella Cafe for the first time last week, and I was quite taken by the 2-month-old collaboration between Om Nom Bakeshop, Soup Nancy and Savasana Juice Company. It’s nice to walk away from a lunch feeling satisfied and energetic, and my vegan $14 lunch box special (I paid the $2 fresh juice upcharge for a blend of beet, carrot, apple, lemon and ginger called BeetleJuice; totally worth it) did just that.

I also visited Randita’s in Aspinwall over the weekend and, aside from a few “pretending-to-be-meat” dishes, I was impressed by the cozy restaurant. The vegetable soup special was resonant with a strong backbone of sage and earthy root vegetables, and the African peanut stew made for a rich, satisfying autumn lunch. 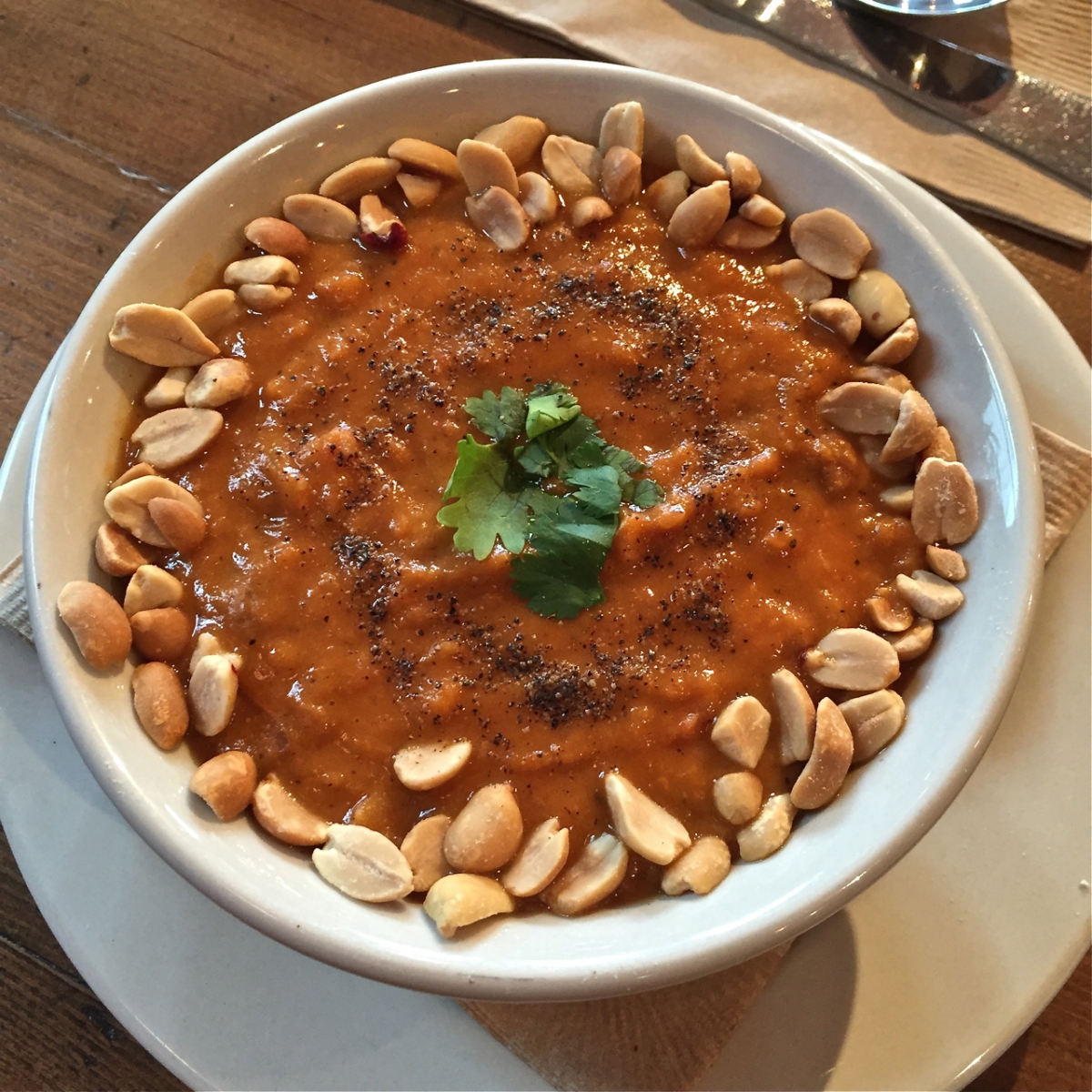 My favorite casual go-to vegetarian meals are at Amazing Cafe, Piper’s Pub and the Sunday brunch at Zenith. (Apparently I really like casual vegetarian dining on the South Side.) On the higher end, Root 174, Dinette and E2 always have terrific vegetarian options on the menu.

I’ve heard some concerns voiced by vegetarian and vegan diners that they were losing an East End option with the closing of Verde in Garfield. I spoke last week with owner Jeff Catalina, who told me that Prairie, his new restaurant in the space, is going to have a good number of vegan and vegetarian options including sprouted rice with mushrooms (risotto-style sprouted red rice, lacinato kale, trumpet mushrooms), Brussels sprouts gratin with vegan cauliflower cheese and a vegan apple crisp.

There’s still a lot for me (and you) to explore. Visit Vegan Pittsburgh for a very solid list of vegan-friendly establishments.