Pittsburgh's Food Supply: The Haves and the Have Nots

An update on efforts to improve access to quality, affordable food for those who need it most. 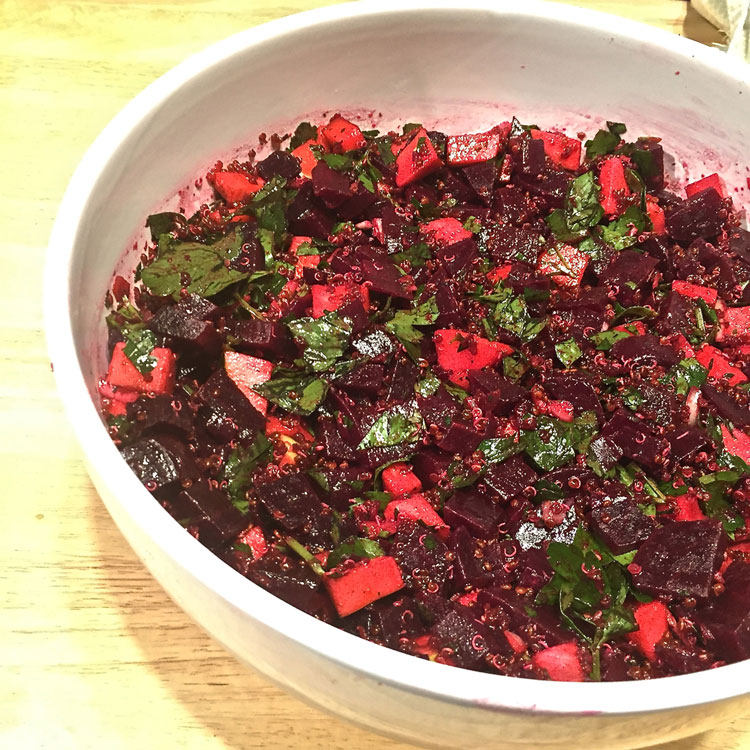 Last Tuesday evening, I was one of about 40 attendees at a potluck in the Hill District. The dinner was organized by Kelsey Weisgerber of the Environmental Charter School, Dawn Plummer of the Pittsburgh Food Policy Council and Emily Schmidlapp of Just Harvest. The purpose of the evening was to discuss the challenges of working toward universal food security in Pittsburgh and, hopefully, begin to find some solutions to the difficulties that people in this city face when it comes to access to healthy, affordable food. 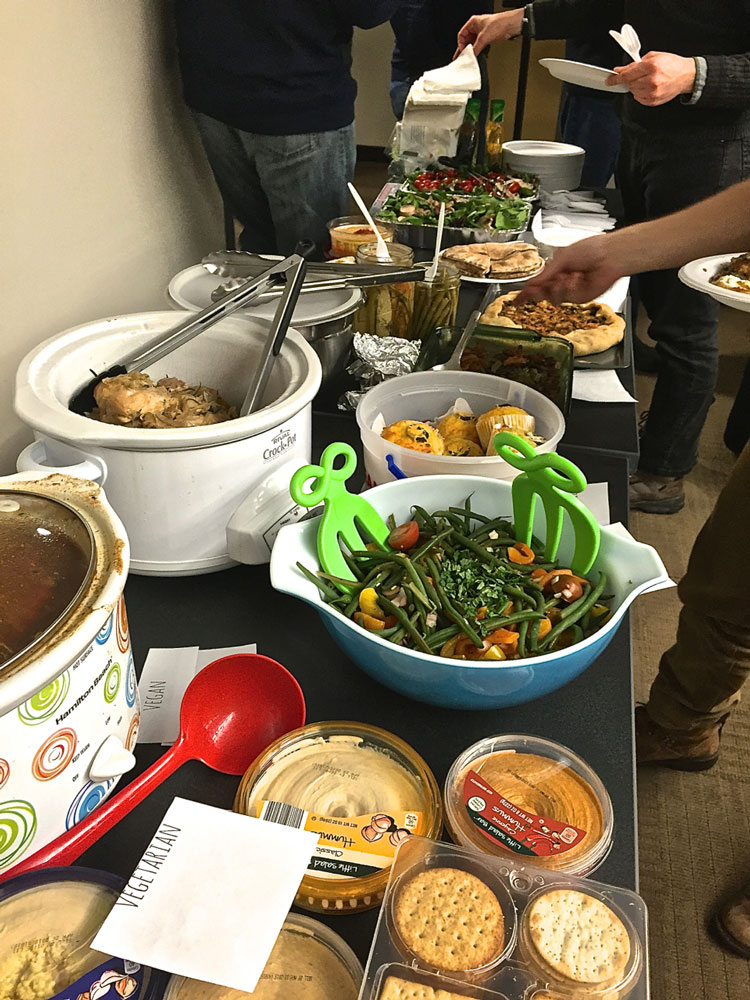 Hunger in Pittsburgh is a very real problem for too many of our fellow residents. According to Emily Cleath of Just Harvest, the food-insecurity rate for Allegheny County in 2012 was 14 percent (approximately 171,000 people), and 12 percent of Pittsburghers depended on food stamps for all or part of their nutritional needs for some portion of 2013. The Greater Pittsburgh Community Food Bank notes that it serves nearly 360,000 people annually, a statistic that includes more than 75,000 children and 90,000 senior citizens.

During a shared meal, we broke off into working groups to discuss school meals, food justice and policy, urban agriculture and food access.

“There’s so much going on in Pittsburgh, and it’s nice to bring together people from so many of those different points of view,” Weisgerber said. 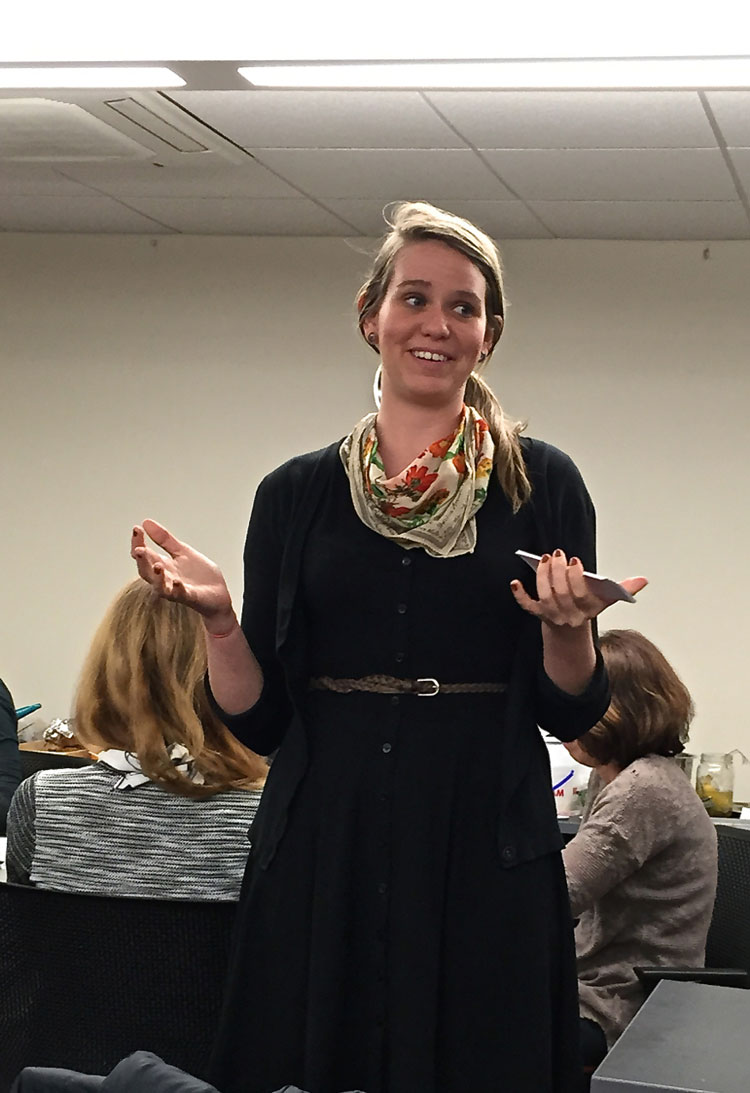 I joined the urban agriculture group. We all agreed that, despite the challenges of Pittsburgh’s poor soil quality, more land should be made available for community gardens. The city has abundant vacant land that could be used for practical purposes, and the simple act of harvesting and eating something you’ve grown is empowering. However, we also recognized that gardens are just a small part of any comprehensive agricultural solution to hunger. It’s going to take a multi-pronged approach to sustainably get fresh food into the homes of low-income residents.

One piece of the puzzle is being addressed by Landon DePaulo — a fellow master’s degree graduate of the Food Studies program at Chatham University — and his partners Meredith Neel and Michelle Lagree. In our working group, he mentioned that Farm Truck Foods, their food-access truck, would launch in the next few months. The truck team intends to bridge the gap between the region’s farmers and community members in Pittsburgh’s food deserts by bringing their mobile grocery to neighborhoods with limited food access. I’ll have more on Farm Truck Foods as they get closer to their launch date. 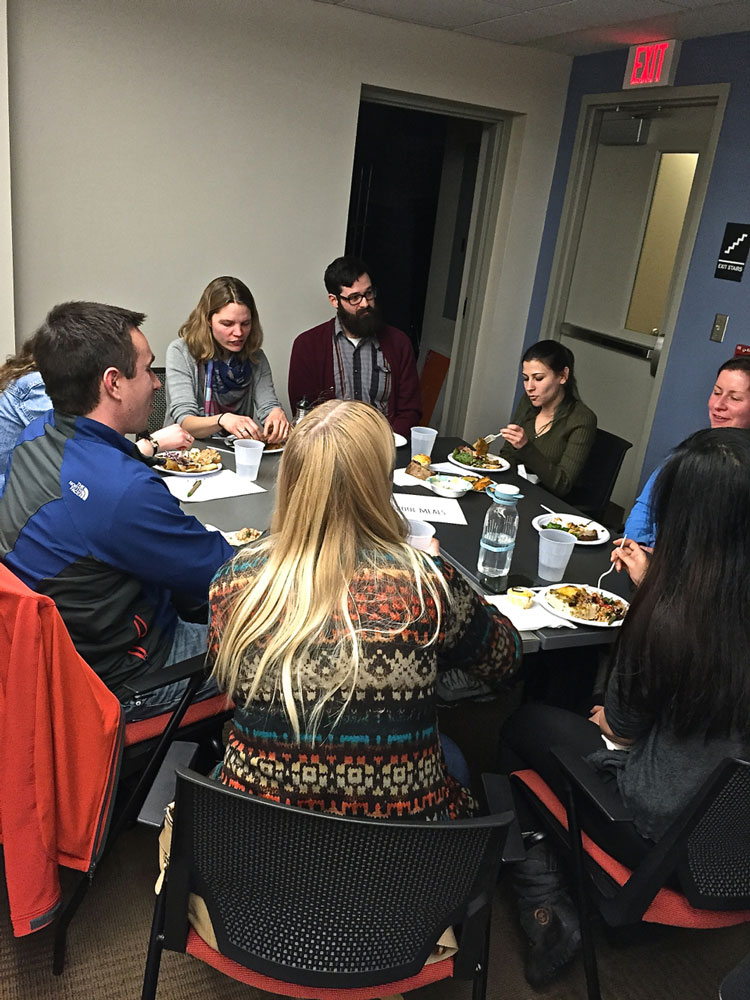 The discussion will continue this Thursday evening when the Pittsburgh Green Building Alliance presents another installment of its “Inspire Speaker Series.” This week’s guest speakers are Will Allen, Stephen Ritz and Jennifer Flanagan.

I’m thrilled about this lineup. Allen is the founder of Growing Power, a multi-layered urban farm and ecosystem in Milwaukee, Wisc. He’s a dynamic speaker and an inspiration for the possibilities of developing thriving, practical agricultural solutions to an area that was once a food desert. Ritz, an effusive speaker, will be making his second appearance in the speaker series. The educator is the founder of the Green Bronx Machine.

Flanagan is the co-founder of Pittsburgh Community Kitchen, a nonprofit that serves food to at-risk and low-income people and trains and employs adults who have faced barriers to employment.

“It can sometimes be a challenge in the sustainable food movement to get people to address anti-hunger initiatives. I was really excited to have that conversation because it’s not one that we have as often as we should,” Weisgerber said following the event.