Renovation of the Sewickley restaurant — completed in August 2016 — took about two months from start to finish. 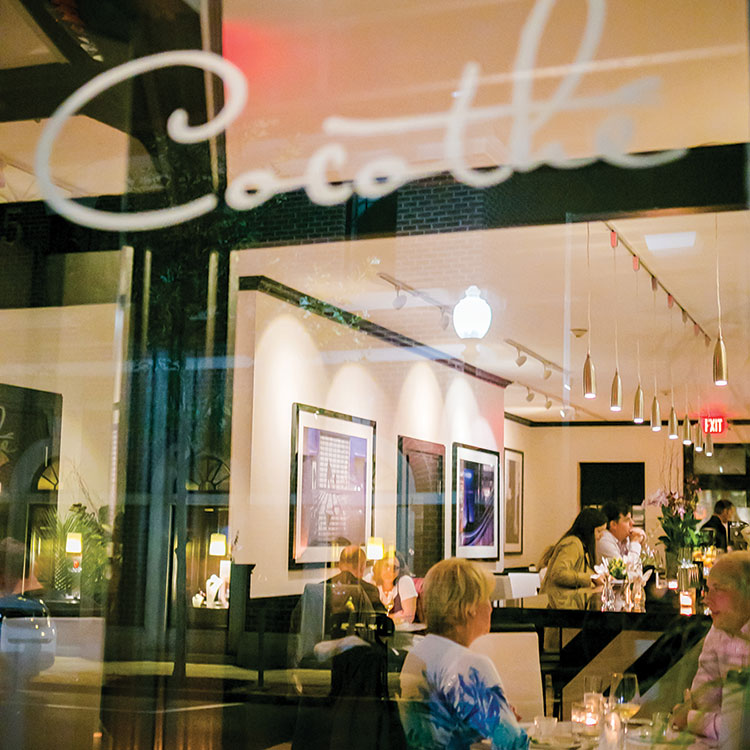 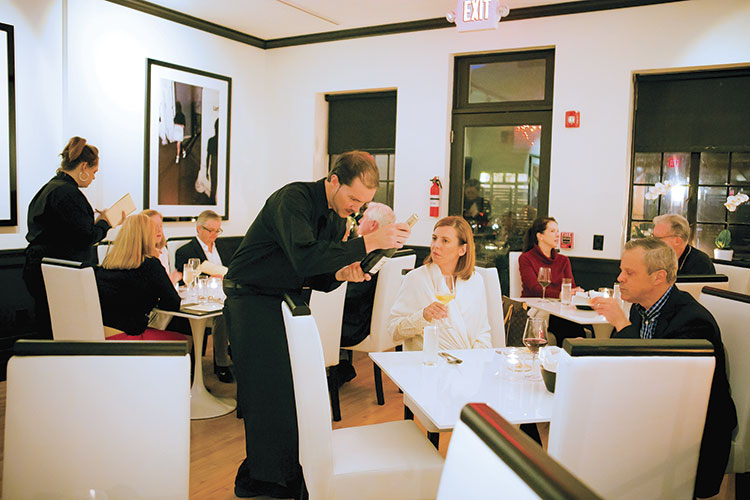 The renovation — completed in August 2016 — took about two months from start to finish; Cocothé owner Courtney Yates says that the original rehabilitation of the building, begun after she purchased it in 2012, took about 1½ years.

The Main Street building, constructed in 1936, inspired Yates, who designed the space. “It was an art deco-style building. So I wanted to keep that theme running through to the design,” she says. 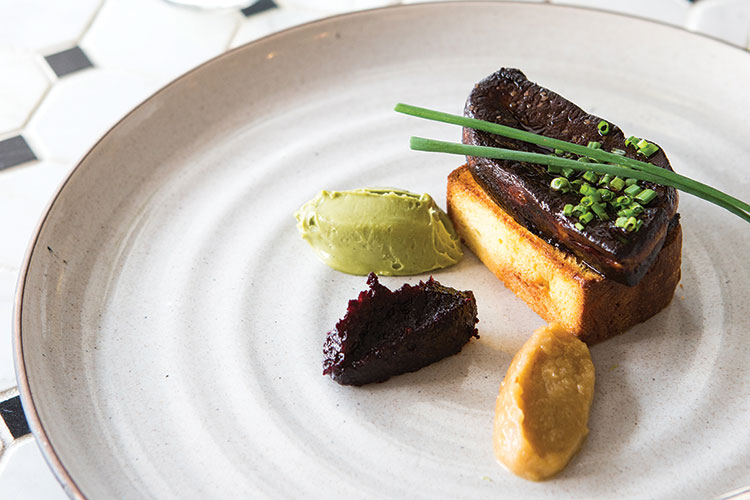 The thoughtful design of dishes such as foie gras on brioche match the restaurant’s stunning interior.

It starts with the recessed doorway, which is arched at the top and framed from the inside with a large rectangle of black beams. On either side of the door are deep, angled display windows with four large windows, which flood the room with natural light by day and frame a picture of the lively Sewickley street at night.

Black and white is the dominant color scheme. The bar is accented with triangle layers of alternating color; the square chairs, outfitted in white leather, are trimmed and footed in black. The white tables, inspired by futurist architect/industrial designer Eero Saarinen, are square on the top and open to the floor like the bell of a trombone. 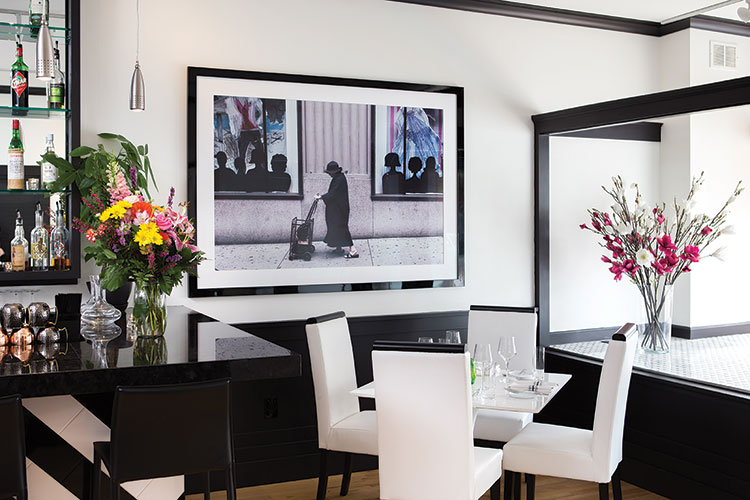