See which charities attracted the most donors and raised the most money during the third annual one-day charitable giving extravaganza. 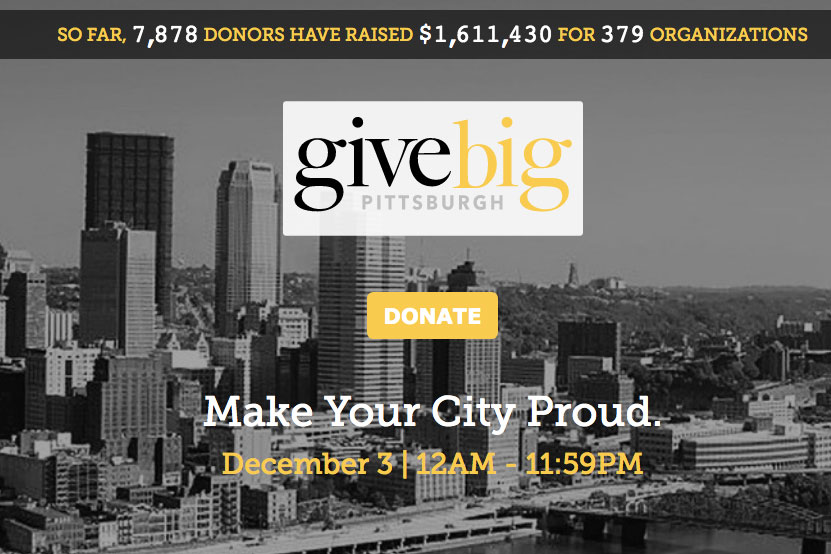 You would think that after Black Friday, Small Business Saturday and Cyber Monday, Pittsburghers might be a little hesitant when asked to open their wallets again.

“More than a few times, I clicked on the Give Big Pittsburgh website and watched in amazement as the donation total continued to grow,” says Pittsburgh Magazine Publisher and Vice President Betsy Benson. “We’ve always believed that Pittsburgh is one of the most generous cities in the country.”

379 Pittsburgh-area nonprofits are registered to receive donations. If you missed out on Giving Tuesday, a nationally recognized response to the holiday spending done on Black Friday and Cyber Monday, no worries –– the Give Big Pittsburgh website will be open until the end of the year to accept donations. You can also track which charities have raised the most money and which have the most donors.

Here are the top 10 both categories as of Wednesday morning.