The city’s new plan is meant to ensure biking remains safe and easy to access in all 90 neighborhoods. 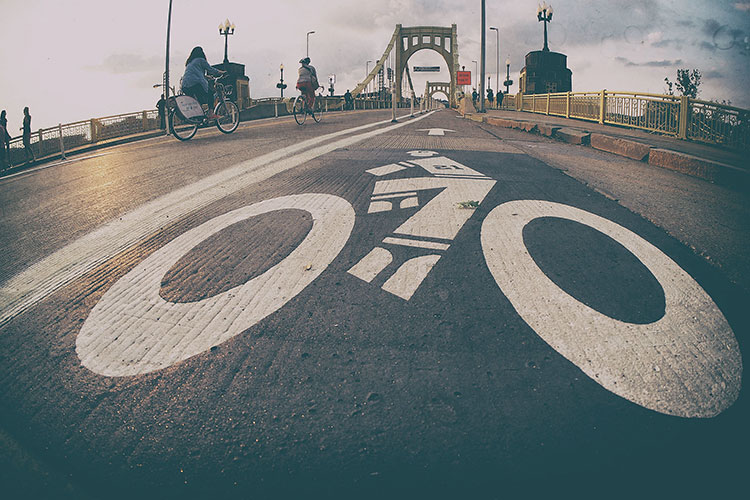 Love them or hate them, Pittsburgh’s bike lanes have become a part of the city’s culture. With a new plan from city officials, they could become an even bigger part of city life.

Pittsburgh’s Department of Mobility and Infrastructure unveiled a draft of its new Bike(+) plan, a 10-year initiative that would add 150 miles for alternative transportation throughout the city. The routes would connect to all 90 of the city’s neighborhoods, as well as provide access to parks and businesses.

The plan would add enough routes so that all homes in Pittsburgh would be one-quarter mile from the network. While the city reports that there is 70 miles of bike infrastructure within the city, the current format only has 28 miles dedicated to bike lanes.

The goal of the Bike(+) initiative is to make the use of alternative transportation more accessible  and safe across Pittsburgh. In addition to the new routes, the plan adds more bike parking, increases bike-related education across the city, introduces new methods of transportation and enhances the existing bikeshare systems.

“The Bike(+) Plan is safety, plus access, plus sustainability, plus joyful travel,” Mayor Bill Peduto said in a statement. “It is another building block in strengthening an inclusive, vibrant, resilient city providing travel options that accommodate and respect the great diversity and needs of our people.”

The plan doesn’t just add benefits for bicycles, it also allows those with electric devices ranging from segways to scooters, to take advantage of the routes.

While the addition of bike lanes throughout the city has received criticism in the past, the report details the demand for the alternative routes. According to the plan’s draft, 15% of people in Pittsburgh use bicycles for transportation, and it’s the 12th largest market for bicycle travel.

The city is seeking public comment through the end of March and five Bike+ Plan open houses are scheduled. The draft plan is available at pittsburghpa.gov/domi/bikeplan.