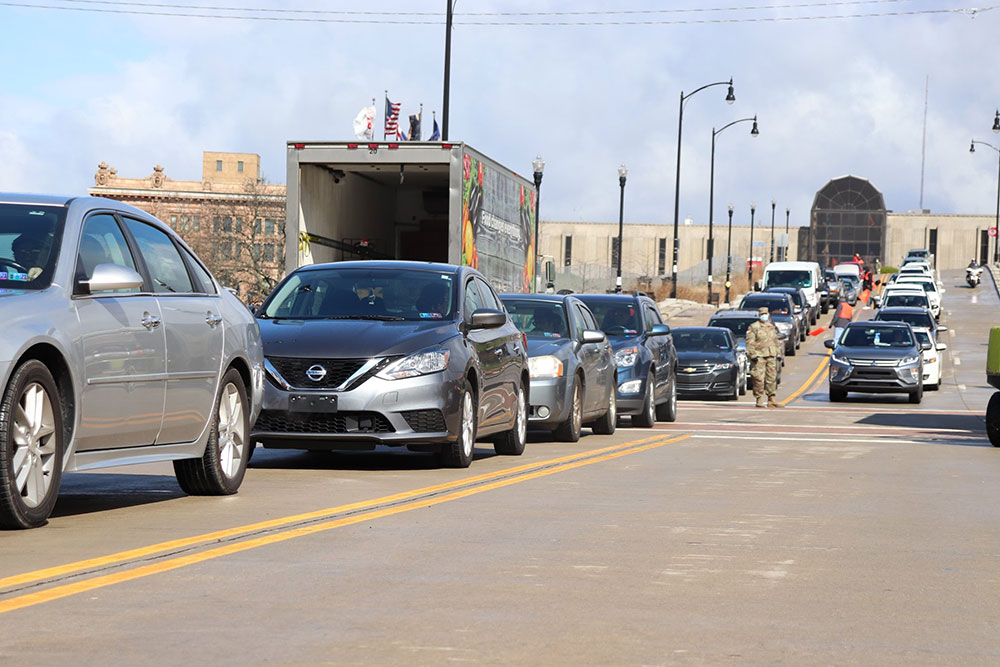 You have probably seen the long lines of cars waiting to pick up groceries from the Greater Pittsburgh Community Food Bank as the pandemic’s impact on the local economy has made the need greater than ever.

In less than 24 hours, WTAE Channel 4 raised over $1.2 million for the food bank. Project Community: Day of Giving, held on April 15, was the largest single day of fundraising in the 62-year history of the station. The money will provide 6.1 million meals.

Viewers donated through “text to give” and online options and 84 Lumber, Nemacolin Woodlands Resort, Edgar Snyder and Associates and The Meredith Group at Hefren-Tillotson provided matching donations.

“When Pittsburgh’s Action News 4 showed the miles-long lines of cars waiting for food a week ago, we knew Pittsburghers would step up to help,” says WTAE President and General Manager Charles W. Wolfertz III. “Local broadcasters have the unique ability to respond quickly and reach the masses in a time of crisis. We are proud we could be of service to our neighbors and our partners at the Greater Pittsburgh Community Food Bank when they need it most.”

Also this week, Pittsburgh’s four Entercom radio stations held a daylong Feed the Need Radiothon on Tuesday, April 14, with the goal of raising enough money to pay for more than 100,000 meals. The response was overwhelming. The radiothon, heard on News Radio 1020 KDKA, 93.7 The Fan, 100.7 Star and Y108, generated enough donations to pay for 1.5 million meals.