Pittsburgh Then and Now: Washington Monument on North Side

Allegheny Commons Park retains the remnants of its original Victorian-era design. This equestrian statue of George Washington is a key element within the park. 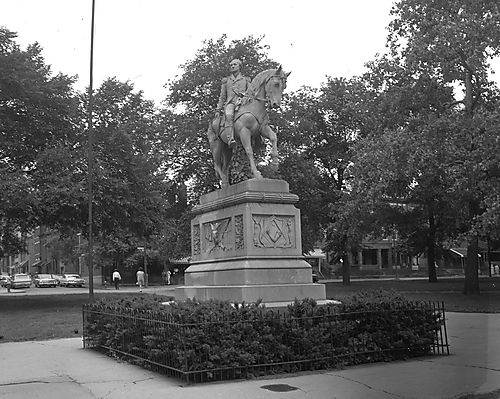 The George Washington Monument in Allegheny Commons Park was dedicated on Feb. 23, 1891, by the Junior Order United American Mechanics of Western Pennsylvania. This monument was just one of several that could be found in the park, which included the Humbolt Monument to Frederick Heinrich Alexander Von Humbolt, the Maine Memorial in honor of the battleship, and the Armstrong Monument for Thomas A. Armstrong. 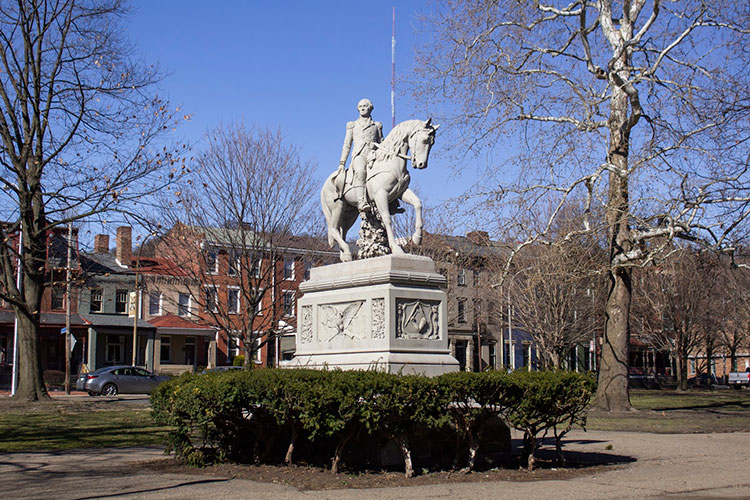 In April of 2006, the statue suffered damage during a lightning storm. The brim of George Washington’s hat was broken, and the head of an eagle was missing from the equestrian statue according to the Pittsburgh Post-Gazette. A decade later, repairs were made by Wayne D. Ferree, a designer, stone carver and sculptor.