Pittsburgh Then and Now: Liberty Avenue in the Strip District

Much has changed in the last 50 years at this busy intersection at the end of the Strip District. 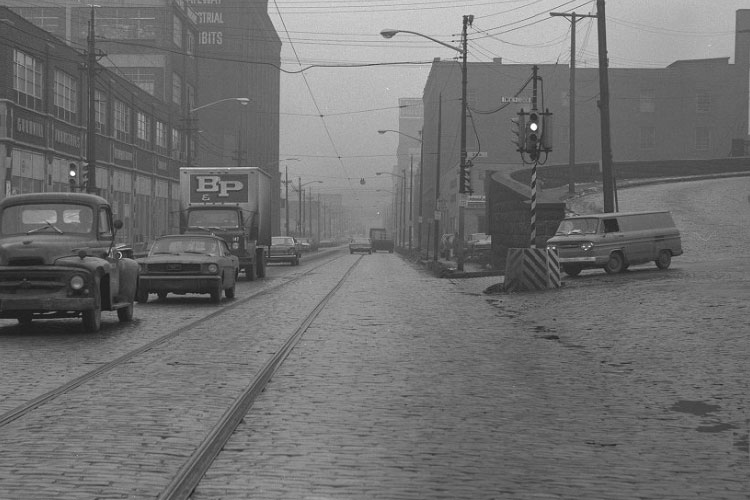 In the late 1960s, trolley tracks and cobblestones were the pavement of Liberty Avenue at the intersection of 28th Street. Nearby businesses at the time included Goodwill Industries and the Fiorucci Brother's Restaurant Grill. 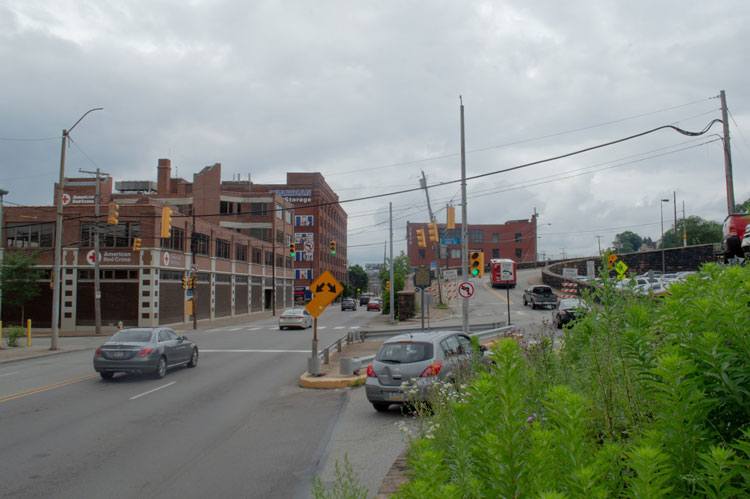 The restaurant is gone, along with the trolley tracks and cobblestones. Goodwill Industries moved and expanded to more than a dozen locations in the region. Most importantly today, as you can tell by the photographs, the air is cleaner. In the 1960s, Pittsburgh was just beginning to shed its “Smokey City” monikor.