Pittsburgh Then and Now: Entrance to Highland Park

The majestic gates on either side of the entrance to Highland Park have stood for more than a century. 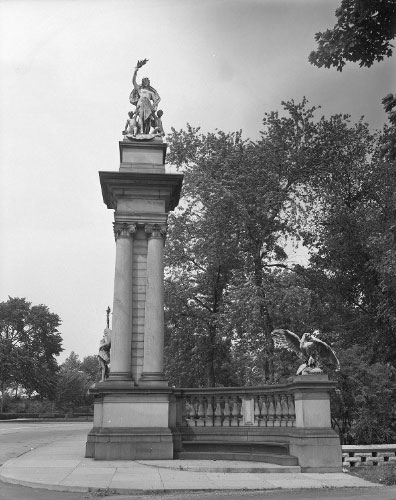 The two columns that mark the entrance to Highland Park were completed in 1896 and each stand 56 feet high. They have been described as copies of the "Gates of Munich" in Germany and consist of granite shafts formed by four Doric columns and surmounted by heroic bronze groups gesturing welcome. A bronze female figure at the base of each column holds a torch supplied with incandescent lights. Flanking each column is an ornamental balustrade on the end of which is a bronze eagle with wings spread. These were some of the first works done by Giuseppe Moretti in Pittsburgh. 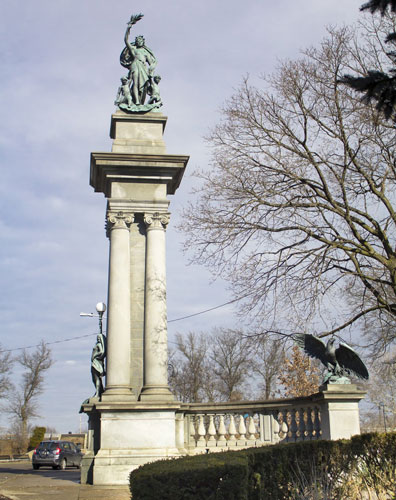 Over the years, the park's entrance began to lose its luster. Starting in 2003, the Pittsburgh Parks Conservancy and the Highland Park community began the effort to return the Highland Park Entry Garden to its late-19th century grandeur. Restoration included tree and soil removal and replacement, reconstruction of the pool, fountain replacement, renewal of plantings and flower beds, installation of new lighting and benches and walkway restoration.

This article appears in the August 2019 issue of Pittsburgh Magazine.
Categories: Then/Now