Pittsburgh Then and Now: Carnegie Lake

From boating hotspot to fishing hole, this lake located within Highland Park has undergone many changes in its 150-year history. 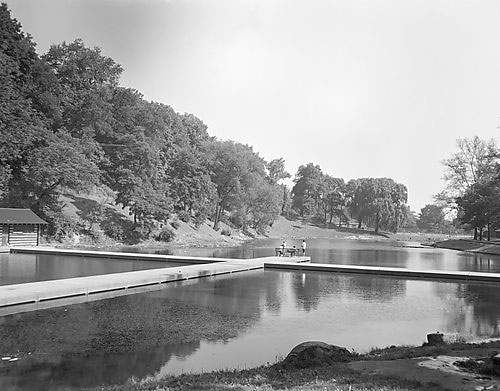 Carnegie Lake was originally built to serve as a halfway point for water pumped from the Allegheny River en route to a reservoir, according to the Pittsburgh Parks Conservancy. Improvements in pumping technology made it obsolete, however, before it even opened. The lake was mainly used for boating until 1932, when half of its space was converted into a swimming pool and the bottom was covered with cement.

The lake fell into disrepair but is now being revitalized as part of the Conservancy’s 2000 Regional Parks Master Plan. The Pittsburgh Water and Sewer Authority also contributed to Carnegie Lake’s restoration, according to the Pittsburgh Tribune-Review, installing aerators to improve water quality for fish. 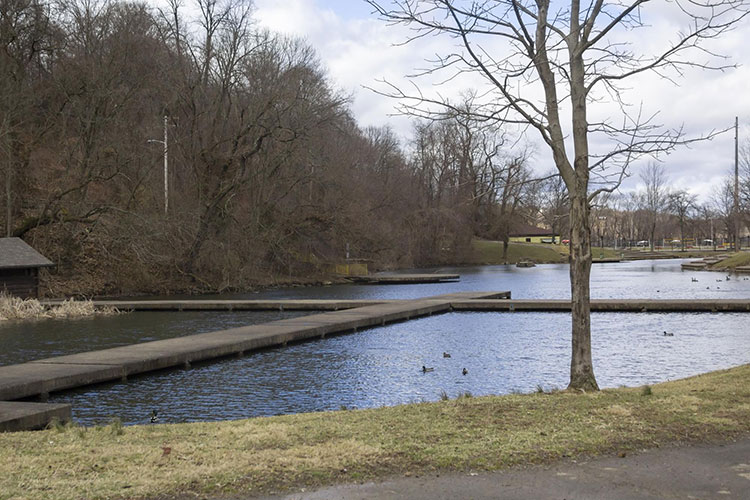 Last summer, the lake was stocked with channel catfish, largemouth bass and bluegill, one of the last steps in a two-year effort by the Pittsburgh Parks Conservatory and the Pennsylvania Fish and Boat Commission to restore the pond, according to the Pittsburgh Post-Gazette.