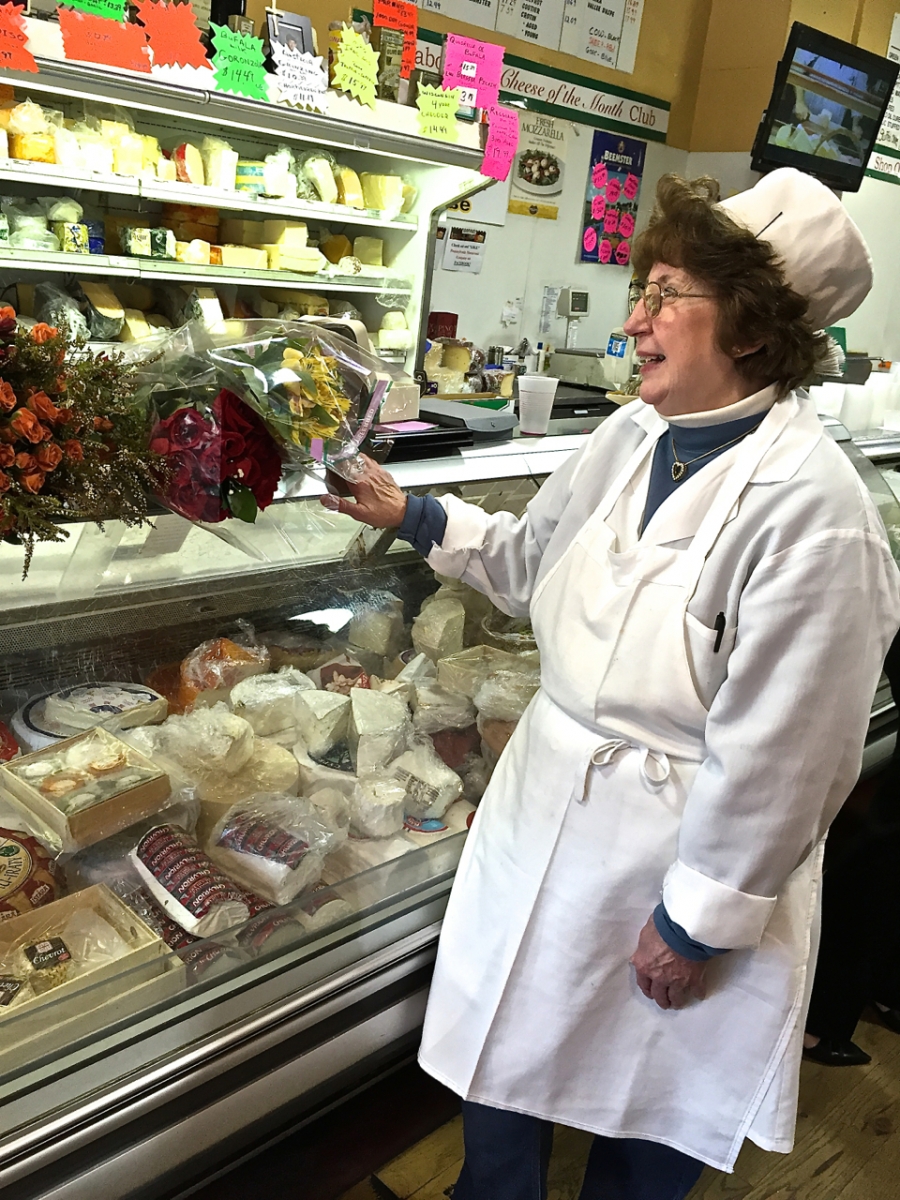 PHOTOs BY Hal. B Klein

Thursday was Carol “Dearheart” Pascuzzi’s last day working the cheese counter at the Pennsylvania Macaroni Company. The beloved cheese monger started helping Pittsburgh’s home cooks and restaurant chefs at the Strip District grocery in 1984. She will forever be remembered for calling customers "dearheart" as she offered her recommendations.

“I’ve been going there since I started working at Enrico’s," says Kate Romane, executive chef/owner of E2 in Highland Park. "Every time I’ve gone in over the last 17 years, I’ve learned something new from her.”

Romane thought that it would be important to recognize Pascuzzi’s contribution to Pittsburgh’s food culture.

“She’s been a staple in the food community for so long. It would be great for everyone to have a chance to show how much they love her,” she says. 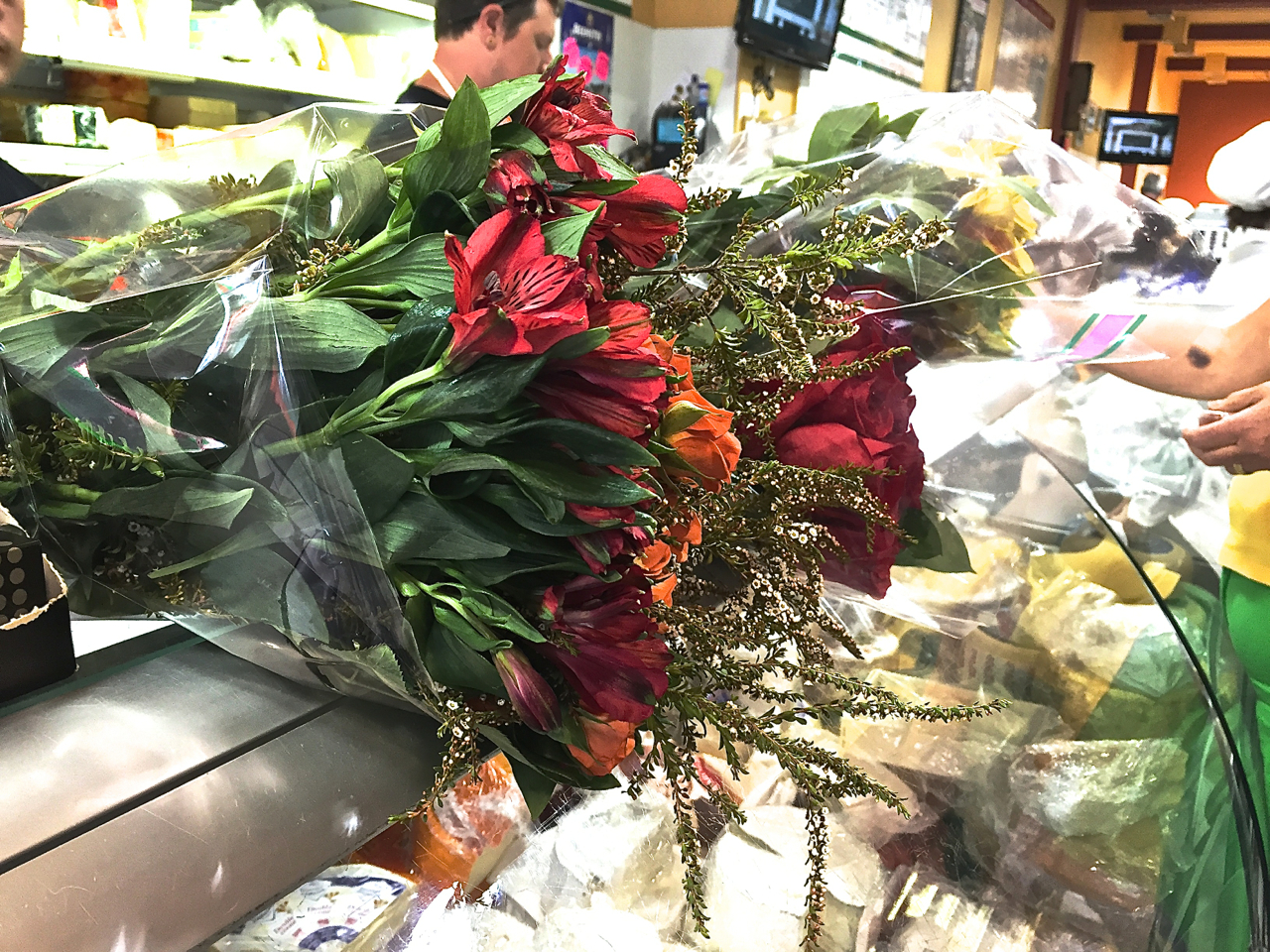 ​Romane brainstormed with Table Magazine Executive Editor Victoria Bradley-Morris, and the two decided that the best way to say #ThankYouDearheart was to fill her cheese counter with flowers. Ownership at Penn Mac agreed, and by 6 p.m. Thursday, the counter covered in colorful flowers of every kind.

“They really let her lead the way, developing the cheese program there. We’ll miss her,” Romane says.

Pascuzzi is quick to note that she's not the only one leaving Penn Mac: She says that she and her husband, Nick, are a package deal; according to her, he started at Penn Mac a few months before her, back in 1984.

"Pittsburgh always will be part of my heart," says Pascuzzi, who says the city is like a "melting pot … like a big small town."

Editor's Note: On May 21, we updated this blog post to include the following:

We'd like to offer our condolences on the passing of Tessaro's owner Tee Harrington. The matriarch of the Bloomfield restaurant best known for its half-pound burgers died May 18. Daughter Moira Harrington says the family plans to hold a wake at the restaurant the last weekend of May for family, friends and longtime customers. Those looking to make a donation in Tee Harrington's name can donate to: 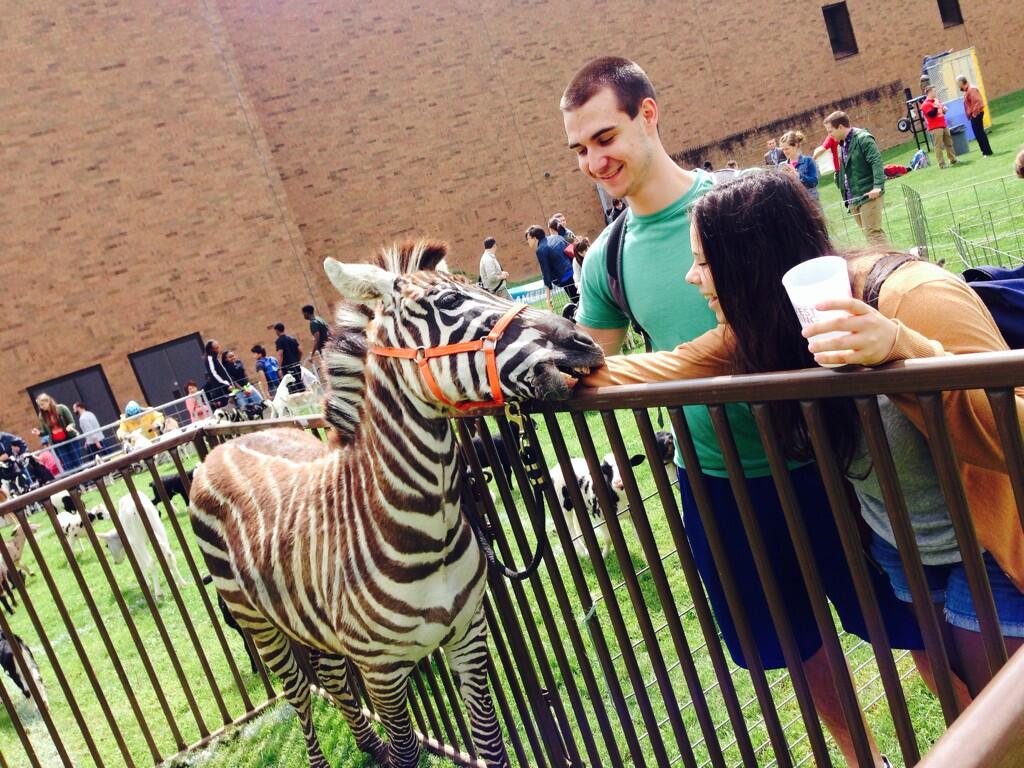 This Friday is Food Revolution Day, and for the third year running, there’s going to be a celebration in Pittsburgh as part of the international celebration spearheaded by chef/activist Jamie Oliver.

The event will take place on Friday from 3-6 p.m. on the athletic fields of the Obama Academy in East Liberty. There will be five chef stations, live music and an array of local organizations.

“This year, we’re celebrating what our kids have accomplished. We’ve had kids who are about to graduate [who] are doing this for two years now. They’re going to be taking leadership of the chef stations,” says Webber.

Joey Hilty of The Vandal, Chad Townsend of Millie’s Homemade Ice Cream, Bek Hlavach of Sweet Peaches and chefs from the big Burrito Restaurant Group and Giant Eagle will oversee the cooking stations. Samples, which this year will be focused on “street food,” are free to festival attendees.

“We are excited to be working with restaurants that believe in our mission and what we’re doing with these kids,” says Webber.

One of my favorite bartenders is back in Pittsburgh for a quick visit.

Allie Contreras, formerly of Verde Mexican Kitchen & Cantina and Bar Marco, is guest-bartending Thursday night at The Livermore. Contreras currently lives in Denver, Colo., where she bartends at Baur’s Restaurant and Listening Lounge.

“It’s a great place. It reminds me of Bar Marco but bigger,” she says.

Palisade Sidecar is her special cocktail for the night.

“I’m excited about it,” she says. “I love throwing a party.”