Starting in April, Bar Marco in the Strip District is eliminating the standard end-of-the-meal practice of rewarding the server's efforts. But do those in the industry think it's a good idea? 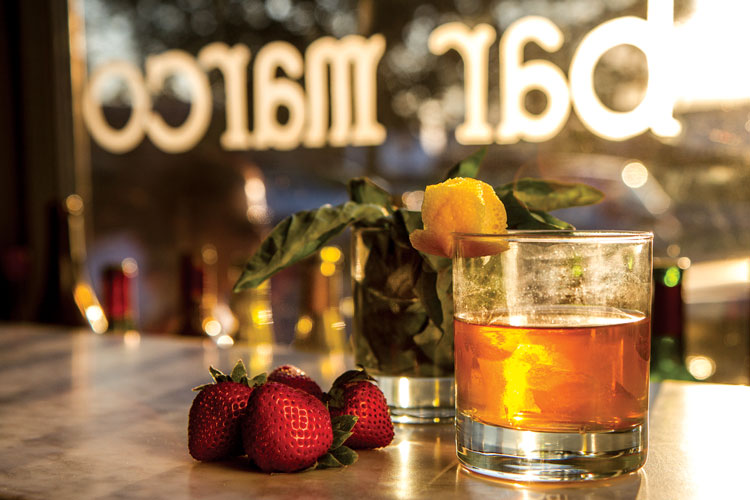 Starting in April, Bar Marco will become the first restaurant in Pittsburgh to eliminate tipping at the end of the meal.

“We’re normally behind the trends in Pittsburgh, and we want to be ahead of this one. It’s pretty clear that in the next 10 years or so this is how many restaurants are going to operate,” says co-owner Bobby Fry.

It’s to be determined if Fry is correct in his prediction that tipping as a custom will be largely eliminated in 10 years, but there certainly is the beginning of a national tilt toward experimenting with pay models that move restaurant staff away from a wage that’s dependent on the number and generosity of the customers that they serve on any particular night.

Fry — along with partners Kevin Cox and Justin Steel — will transition Bar Marco’s financial structure to include 10 full-time salaried employees, who also will have paid health-care benefits and a small stake in the business’ ownership. Additionally, there will be an as-needed staff of server assistants from the Food Revolution Pittsburgh Cooking Club; they will earn between $10-$12 per hour.

Expect prices at Bar Marco to rise an average of 17-20 percent per plate and $1-$2 per cocktail. Fry says that the menu will undergo a fairly serious renovation over the course of the next few months to add value each order. For example, the standard Marco burger will come with extra toppings (but still no fries), and there might be some pancetta on the patatas bravas.

“Prices will be higher, but there will be more depth to each dish. You’ll get more bang for what you’re paying,” he says. “Also, the final total will balance out because you don’t have to worry about a tip.” Fry says that if customers decide at the end of the meal that they still want to leave something extra, any money will go to the Food Revolution Pittsburgh Cooking Club.

Not everyone working in restaurants is keen to eliminate gratuities.

“The idea [of working for a fixed, living wage] itself is beautiful,” says Cioppino General Manager and Sommelier Christian Tripodi. But he says that “some people are going to prefer having flexible hours and ending the night with cash in their pocket.”

“Tipping promotes the spirit of hospitality our industry is known for,” emails Christin Fernandez, director of media relations and public affairs for the National Restaurant Association. “Along with flexible work schedules, the opportunity to see the direct result of good service and hard work is what makes a restaurant server an attractive profession and makes the restaurant industry an industry of choice for millions of Americans.”

Bartenders and servers could likely earn higher wages than the starting salary of $35,000 per year offered at Bar Marco if they worked elsewhere. I spoke with a number of front-of-house staff at equivalently priced bars and restaurants in Pittsburgh; all of them said they average a higher yearly take-home pay than that.

On the flip side, tipped income isn’t guaranteed, and servers, especially women, often are forced to brush off rude behavior and even harassment or risk seeing their gratuity line on the check disappear. Furthermore, the overriding philosophy that a server will excel at his or her job only because someone will leave them an extra few bucks at the end of the night is degrading. Does anyone feel like they need to give an optician or police officer a per-case financial incentive to do their job well? Then why think that’s the appropriate way to motivate a bartender?

With this change, Bar Marco staff no longer will have to worry about the consistency of what they will earn in any given week.

“I’d rather have the standardized wages than the possibility of earning a little more some weeks. This way I can budget because I know what I’m going to make every week. That’s a huge advantage,” says Justen Burrell, a longtime server at Bar Marco who will move to salary in April.

Plus, Burrell says, the added benefits of health care and guaranteed hours add balance to his balance sheet.

“The health care is a big thing. When you think about how much money you’re going to be saving by having good health insurance, that adds a lot to the wage,” he says. (To be fair, there are a number of Pittsburgh restaurants and restaurant groups that offer health insurance to at least some of their tipped employees.)

The kitchen staff also will be salaried, a practice that’s uncommon for chefs below the executive level.

“The running mentality is you’re just going to do this job — and probably never make any money — in pursuit of this passion,” says Bar Marco Sous Chef Csilla Thackray.  “It’s mind blowing. There is, generally speaking, a big disparity between what we we’re making back-of-house and what front-of-house is making. It’s hard because we all put in the effort. It’s nice to know we’re all on the same playing field here.” 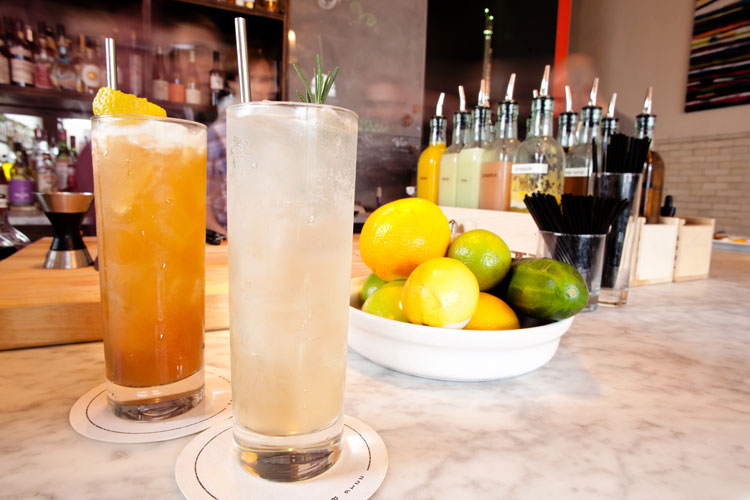 The success or failure of this transition to a no-tip system is in many ways going to depend on the overall quality of the restaurant. Although there will likely be an initial spike in business due to goodwill and good press, it’s the desire to be delighted by what’s on our plates and in our glasses that’ll keep us coming back. If that happens, Bar Marco’s system could serve as one model among many for restaurants in Pittsburgh and across the United States. If it doesn’t, Bar Marco’s ownership, who in the past have shown a willingness to experiment — and fail — with new ideas, might have to switch back to a traditional American model of compensation.

Fry feels that they are up to the task.

“We’ve worked on this for two months, and we have another three to implement it,” he says. “It takes proper forecasting and planning to know that this works. You have to do your homework before doing something like this.”