Two Oakland restaurants now have shorter hours and a chef moves from Downtown to Lawrenceville. 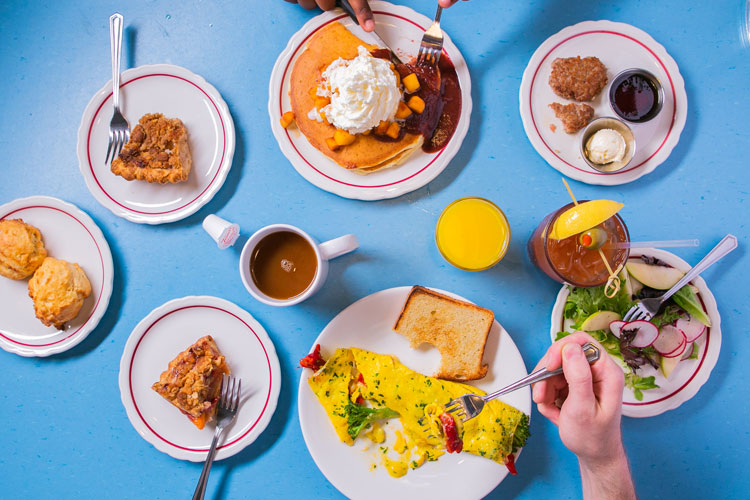 Trevett Hooper has reduced the hours of operation at two of his three Oakland restaurants. Pie for Breakfast, which I reviewed in the November issue of Pittsburgh Magazine, no longer is serving dinner; the restaurant now closes at 3 p.m. Next door at The Butterjoint, food service now shuts down at 10 p.m., and the bar closes an hour later.

Hooper says his restaurant group, like many eateries in town, is short-staffed. Between managing, preparing and storing food, it was becoming a bit too much for his back-of-house team. “The staffing situation, as it is, made it an easier decision. It was wearing down my chefs. We’ve been understaffed at the back of Pie since the start, and Legume has been chronically understaffed for months,” he says.

On top of that, while Pie for Breakfast has a small kitchen inside the restaurant to hold and finish dishes, the diner’s primary preparation and storage space is shared with Legume and Butterjoint; the common kitchen was overwhelmed in the afternoon and evenings. “We’re cooking for 1,600 people per week. We had to take a hard look at how we were going to maintain this,” Hooper says.

Since Pie’s dinner service hadn’t yet caught on (which, I as I said in my November issue review, is a shame; it offered one of the best dinner deals in town), it was the logical choice to get the ax. 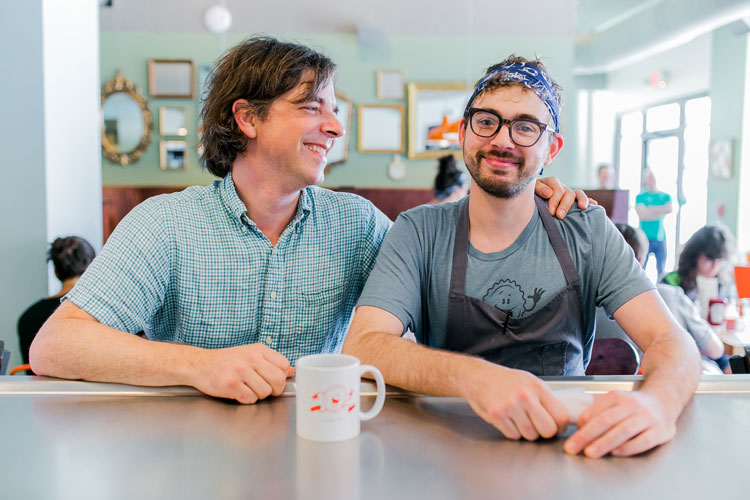 Hooper says that the staff at Legume is younger and less experienced than in recent years and he wants to make sure they get the support they need to maintain standards at the restaurant, which remains one of the best in Pittsburgh. It’s a tough situation, but not without a little upside. “It’s made us smarter in how we do things, how we’re learning and how we’re teaching,” he says.

Butterjoint operates with its own kitchen crew, that, until last week, would start and stay later than the Legume staff. “Now we have one shift, and everyone is working together. It’s more harmonious,” Hooper says. “With talent so hard to find, I want those good cooks, there in the afternoon to help prep, lead and cook more.” 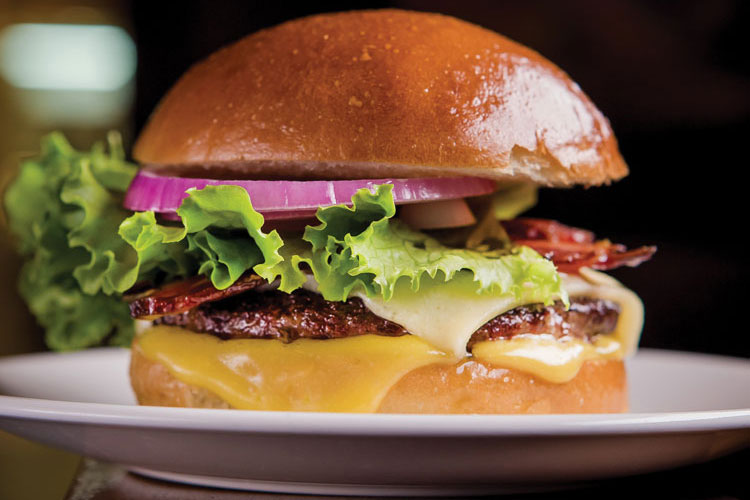 The situation would be different if late-night business were booming, but Pittsburgh’s after-hours dining population is minuscule. Butterjoint’s location on a relatively lonesome section of Craig St. doesn’t help draw people in. “Oakland isn’t a destination at night. Unless you’re in the neighborhood, you’re probably not making the trip,” Hooper says.

So for now, we must say goodbye to what was a great dinner deal and enjoy one of Pittsburgh’s best places for hamburgers, pierogies and nice things to share a little earlier in the evening. “I want restaurant work to be happy and efficient. It’s unfortunate because there are people who enjoy dinner at Pie for Breakfast and we had some regulars who liked to come later at Butterjoint, but for the well being of my cooks, my staff and, ultimately, myself, it was the right thing to do,” Hooper says.

Dennis Marron has stepped away from his role as executive chef of or, The Whale at Distrikt Hotel Downtown to focus Merchant Oyster Company. “It was time to get back to my little oyster bar,” he says.

Marron opened both restaurants within a month of each other in mid-2017. His partner, Jessica Lewis, oversaw Merchant as chef and general manager but had moved on to work as executive chef of the forthcoming Spirits & Tales at the new Oaklander hotel in Oakland.

“With Jessica stepping away, we were trying to figure out what the best plan was. Finding someone else to execute our vision, that was a pretty hard task. I figured, who better do it than me?” Marron says.

He says he plans on focusing a bit more on the upstairs bar and perhaps experiment with a seafood charcuterie program, but doesn’t expect much to change otherwise.

Marron originally had planned to open Merchant before or, The Whale but construction delays pushed the opening back more than a year. He ended up pulling much of his focus to Whale, a much bigger project and demanded more attention. Now, he says, it’s time to devote attention to the Lawrenceville spot, which is popular for its oysters, of course, but also its selection of chowder, clams, seaside-style sandwiches and conservas. “It’s where I wanted to be the whole time,” he says.

His replacement at Whale has not yet been announced.