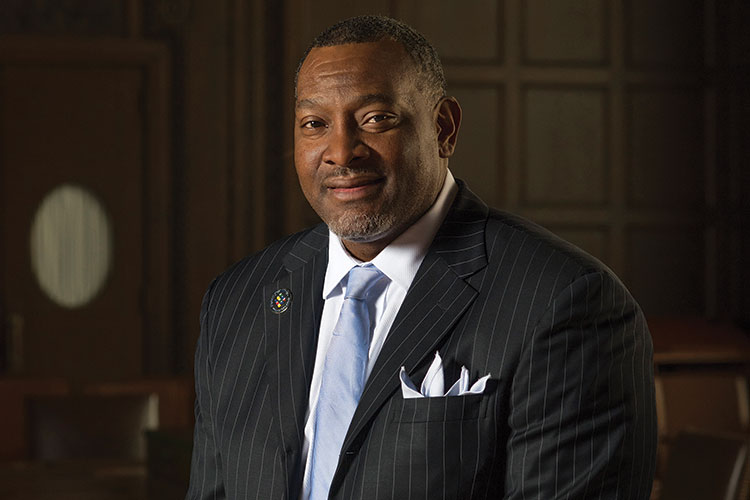 In the wake of recent controversy, Anthony Hamlet announced Wednesday that he will resign as Pittsburgh Public Schools superintendent. He will officially step down on Oct. 1, and an interim superintendent will be named at the board meeting on Sept. 29.

About two weeks ago, Hamlet came under scrutiny from the state Ethics Commission, which found in a two-year probe that he had violated the Public Official and Employee Ethics Act. The 147-page report cited Hamlet for keeping more than $6,000 in honorariums paid to him on various trips; receiving and keeping thousands of dollars in travel expense money reimbursements from conference hosts already paid by the district; marking time spent out of the state and country on personal business as workdays instead of vacation days; and receiving thousands of dollars from the district for unused vacation days that should have been marked as used.

The commission ordered Hamlet to pay about $8,000; $3,000 to reimburse the district, another $3,000 to the Pittsburgh Promise for contractual obligations, $1,000 for expenses related to the investigation and $750 for technical errors on paperwork. He also had to forfeit 14 vacation days, valued at more than $12,000, according to the Post-Gazette.

Hamlet has defended his actions as admittedly negligent, but not willfully wrong, and has claimed that he has a target on his back.

Hamlet’s resignation was announced by District Solicitor Ira Weiss at a virtual news conference on Wednesday.

“The board and Dr. Hamlet concur that this action is in the collective best interest of the district, its students and its community,” Weiss said. A special legislative meeting is scheduled for Sept. 14, at which the board will formally accept Hamlet’s letter of resignation, which was turned in on Wednesday morning.

“For the past five years, it has been my distinct honor and pleasure to serve in Pittsburgh as your Superintendent,” Hamlet wrote in the letter. “After much thought and consideration and because, in light of current circumstances, I think it is presently the best thing for our students and families, I believe that now is the time for my tenure to come to an end and to embark upon a new chapter of my professional life.”

But Hamlet has the support of members of the Western Pennsylvania Black Political Assembly, who allege that Hamlet has been the victim of a “racist attack” and “attempted railroading” by the city’s media and politicians. The members asked the school board to postpone any disciplinary actions “until there is a complete airing of the facts allowing for a full public vetting of what has transpired.” They likened Hamlet’s departure to that of John Thompson, another Black superintendent for the Pittsburgh Public Schools district who served from 2000 to 2005. The board then decided to buy out Thompson’s contract — a decision that some felt was driven by racism; Thompson was the district’s first Black superintendent.

His contract provides for severance pay of one year’s salary and the value of his benefits — a sum that adds up to just under $400,000. A national search for a new superintendent is expected to begin in December.