Pittsburgh’s public transportation ranks as one of the fastest in the country in a Moovit study. 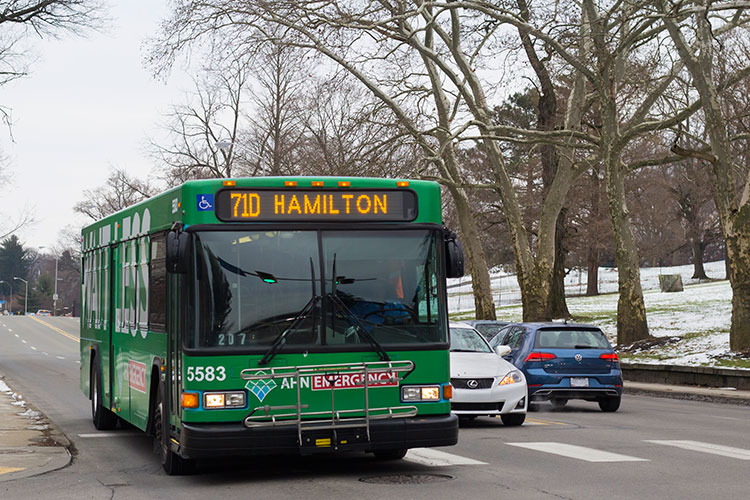 Pittsburgh’s got a new accolade, and it concerns — our bus system?

Research released from the public transportation Moovit app says that Pittsburgh-area commuters have the easiest ride in the country, with the shortest trip time and a lower amount of transfers among 10 metro areas in the United States.

In its report, Moovit’s data shows that the average Pittsburgh commute is only 38 minutes long. This may be due to the speedy times at each stop and station, lasting an average of 10 minutes, which are also ranked as the highest in the country.

While the speed is impressive, the system in Pittsburgh was also shown to be highly efficient. The majority of riders in the city are able to stay on one line to arrive at their destination each time. This can be related to the distance for each trip, averaging about 4.4 miles per trip, making total distance one of the lowest in the country.

When asked about improving the system, Pittsburgh commuters said they would ride public transport more often if the published stop times were more accurate and reliable, which was the top incentive to ride among major cities. A small percentage of riders also stated that improvements to personal safety would make them use these services more.

This isn’t abnormal for major cities, with 63% of Americans never using any of these transportation methods during their commutes. During the study, surveys showed that the top complaints for this method of travel were safety concerns and difficulty finding them when needed.