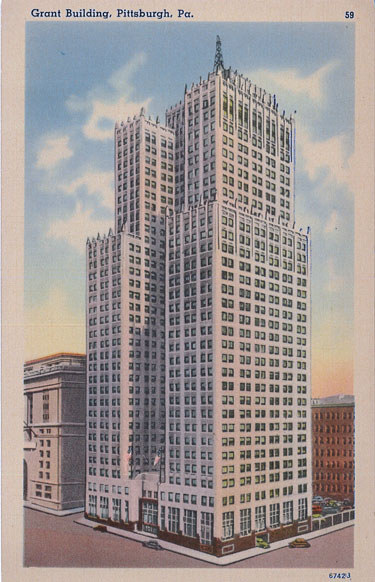 Grant Street and the Grant Building memorialize James Grant, a major of the Scottish Highlanders who blundered his way into immortality. Leading an ambush against the French and Indians at Fort Duquesne in 1758, he was routed so badly — 342 British casualties to just 16 on the enemy side — that one Mohawk chief assumed Grant must have been drunk.

A more auspicious appellation, then, might be appropriate for one of Pittsburgh’s first Art Deco skyscrapers. When it opened in 1929 as the city’s tallest structure, crowds of sightseers paid a quarter to visit the rooftop observation deck of the Grant Building — named for the street, which was named for the hill, which was named for the somewhat hapless general. Above them, a beacon tower blinked Morse code for “Pittsburgh” in red neon, allegedly visible on a clear night to aviators soaring over Cleveland. 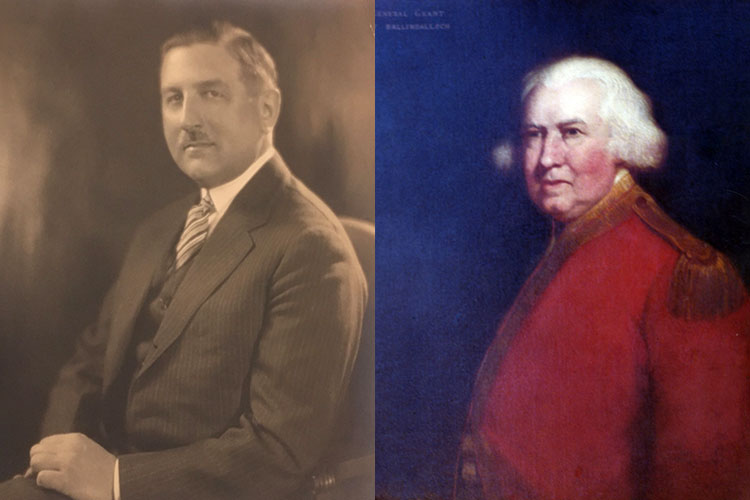 William Strassburger, who got the building financed and built, was the second son of a prominent German Jewish immigrant who owned a men’s clothing store in old Allegheny City. Strassburger studied architecture at Columbia University, then went into business in plate glass. But it was with Grant Building Inc. that he made his mark, remaining the firm’s president until his death in 1953. 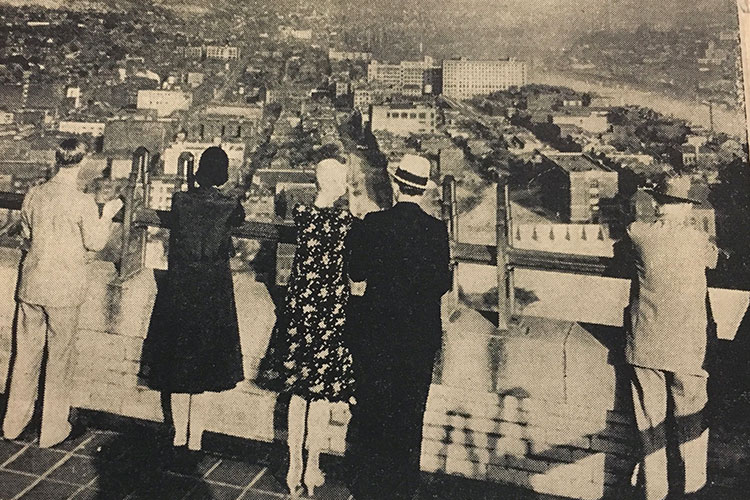 He may have met architect Henry Hornbostel at college. Hornbostel was a star alumnus who lectured at Columbia while Strassburger was a student. A foppish cycling nut who as a teenager pedaled from Brooklyn to Niagara Falls, Hornbostel in 1904 won a competition to design a building for Andrew Carnegie — part of what later became Carnegie Mellon University. That led to a string of other Pittsburgh commissions, including Rodef Shalom (the Strassburgers’ temple) and the City-County Building. 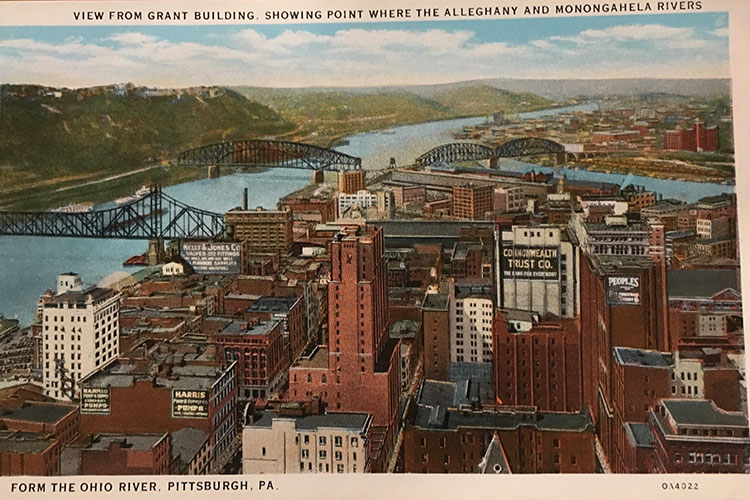 Both men were art lovers. Strassburger was an avid painter; Hornbostel kept a personal “treasure house” stashed with silks, drawings and sculptures. They stood together proudly in the Grant lobby in 1931 for the unveiling of a mural, “Three Rivers,” in which two laborers representing the Allegheny and Monongahela hold up a child, the Ohio. The mural was lost decades ago in a remodeling, but two of Strassburger’s canvases still hung in the 35th floor chambers of his grand-nephew, Pennsylvania Superior Court Senior Judge Eugene Strassburger III, who died in May of 2021. 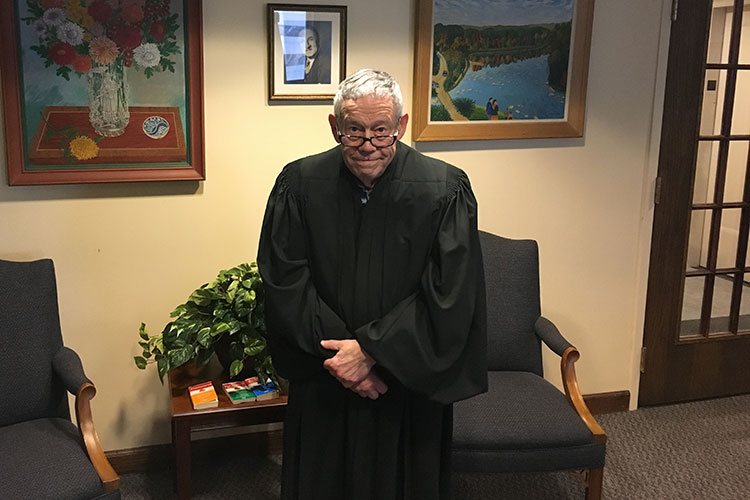 KDKA broadcast from third-floor studios in the Grant Building for 22 years before moving to Gateway Center. Another major tenant was Hart Hillman (father of noted philanthropist Henry), a coal and banking mogul who owned the land the skyscraper stands on. Owned by McKnight Realty Partners since 2006, the Grant Building is now only the 11th-tallest skyscraper in town. But its green neon beacon blinks on. 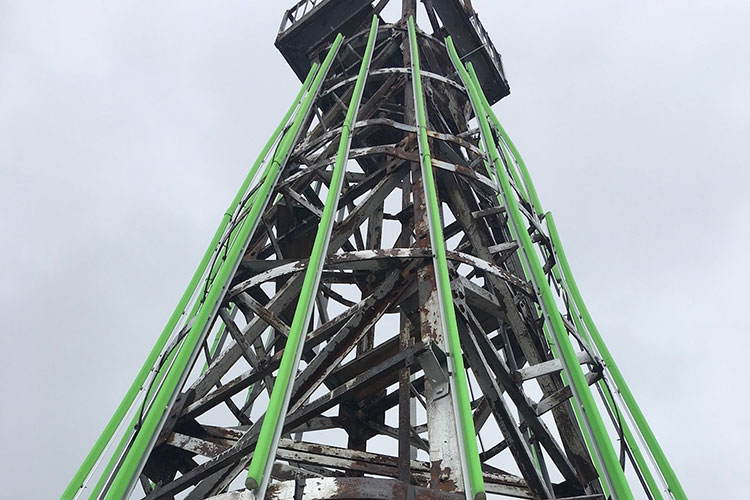 THE BEACON WITH ITS NEW GREEN LIGHTS

This article appears in the April 2018 issue of Pittsburgh Magazine.
Categories: Community Feature, From the Magazine