Heinz Endowments president Grant Oliphant is stepping down early next year and moving across the country. 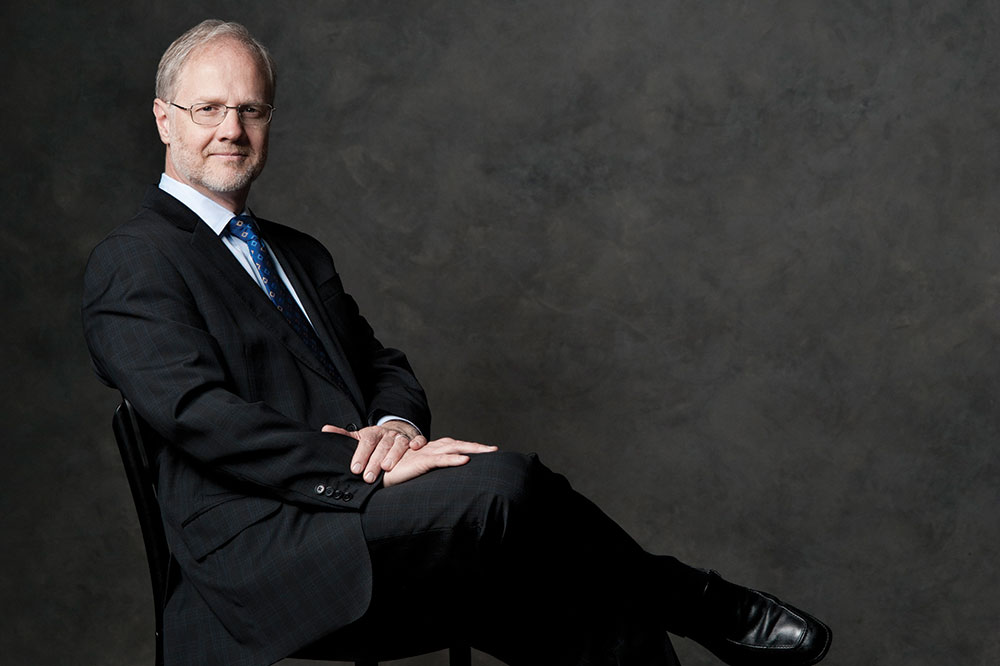 The Heinz Endowments will soon see a considerable change in leadership.

The foundation announced Wednesday that its president, Grant Oliphant, will be leaving the Heinz Endowments, one of Western Pennsylvania’s largest philanthropies, to assume a new role as chief executive officer of the San Diego-based Conrad Prebys Foundation. The move will be effective March 2022.

The Conrad Prebys Foundation is positioned to become San Diego’s largest foundation, with assets expected to total more than $1.4 billion. Its mission is to improve lives and provide opportunities for all San Diegans, focusing its work on the visual and performing arts, higher education and youth development, healthcare, medical research and more.

After his departure early next year, Oliphant will have headed the Heinz Endowments for eight years. He had also worked with the foundation in a variety of senior management positions over the years. From 1993 to 1999, he was the director of communications for Teresa Heinz. He was also the former press secretary for U.S. Sen. John Heinz from 1988 until his death in 1991.

In 2015, he was at the top of Pittsburgh Magazine’s list of the 50 most powerful people in Pittsburgh.

“If there’s a major project happening in Pittsburgh, chances are that Oliphant is pulling the strings,” the article read, citing his involvement with the Pittsburgh Foundation, where he served as president and CEO prior to rejoining the Endowments as president in 2014. It also called attention to his hand in the recruiting and hiring of Mayor Bill Peduto’s senior staff and his role in jettisoning a wide range of other local initiatives.

Oliphant said he’s proud of the work he accomplished at the Heinz Endowments, but is looking forward to the opportunities that will be afforded to him in San Diego — including the chance to all but build a new organization from the ground up.

“Leading the Endowments has been the most treasured and special of honors for me,”

Oliphant said in a press release. “But helping to scale up what will become San Diego’s largest foundation and to influence the potential of philanthropy in a community where its role is still evolving was too interesting an entrepreneurial opportunity to pass up, especially because both of my parents are out West. As for so many of us, the events of the past two years have spurred me to reassess my priorities, including the importance of proximity to them at this stage of life.”

The Heinz Endowments praised Oliphant, saying he reshaped its grantmaking process and led the foundation to national acclaim “for its courageous use of its voice and the excellence of its grantmaking on behalf of better environmental policies, more sustainable and equitable economic practices, stronger supports and policies for military veterans, a rejuvenated commitment to the arts and the advancement of a truly inclusive society and efforts to combat racism and other forms of social injustice.”

Under Oliphant’s direction, the Heinz Endowments stood alongside other local philanthropies to respond to the pandemic by ensuring that its emergency needs were met.

Oliphant also oversaw the creation of the new Center for Shared Prosperity at Carnegie Mellon University, a deepening of the foundation’s commitment to early childhood care and education and the convening of influential community conversants around sustainability through p4, a partnership with Peduto and the City of Pittsburgh.

“When Grant shared his decision, my first thought was to wonder how the Endowments and Pittsburgh would get on without such a cherished leader and true friend,” said André Heinz, chairman of the Endowments in a press release.

“Of course, the answer came immediately that, through the decades of his commitment to this region, organization and our family, we were as well prepared to meet the future as we could ever hope to be. We will miss Grant terribly, but we also wish him well and can’t wait to learn how this next chapter in his life will blossom,” he added.

Oliphant is married to Aradhna Malhotra Oliphant, President and CEO of Leadership Pittsburgh Inc. In a statement, she said she would continue in her current role through June of 2022 before joining her husband in California. Oliphant says a transition task force has been formed to begin the search for her successor.