The Executive Director of Repair the World Pittsburgh finds inspiration in a tenet of Judaism called b’Tzelem Elohim. 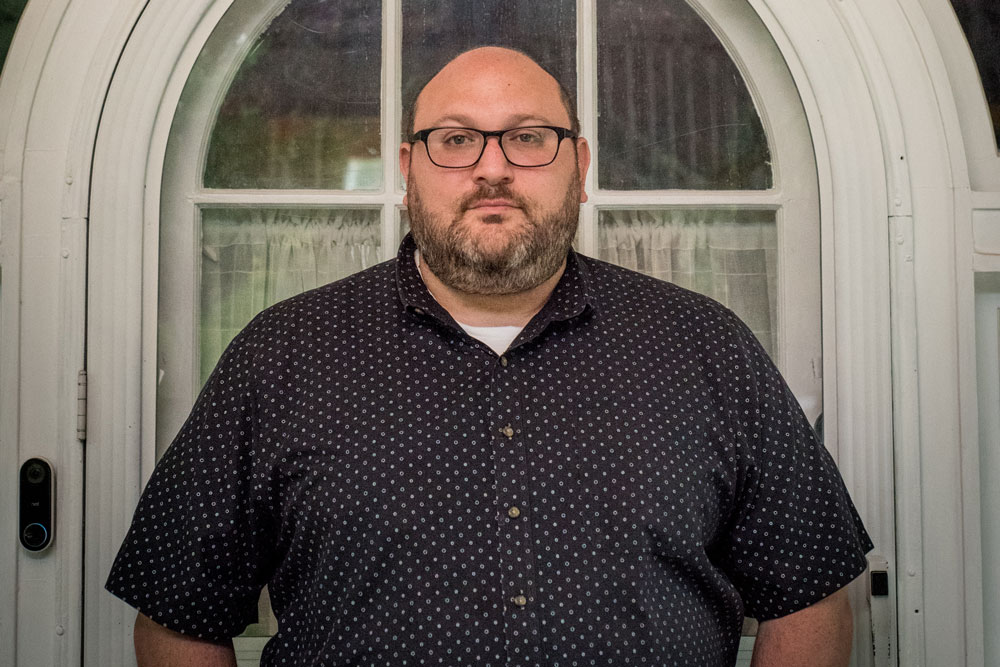 For Zack Block, Senior Director of Communities and Executive Director, Repair the World Pittsburgh, the shelter-in-place order in the wake of COVID-19 flipped the script on how he interacts with the world.

Repair the World is a nationwide organization with a focus on inspiring Jewish people — specifically young adults — to participate in building a socially just world. Since 2013, Block, a Pittsburgh native, has been activating his community to join in acts of service to help encourage a more egalitarian city.

Prior to the stay-at-home order, Block (a 2017 Pittsburgh Magazine 40 Under 40 honoree) typically spent his days organizing scores of in-person meetings as well as hands-on volunteer opportunities for Repair the World fellows. Now, he spends a significant portion of his time in Zoom meetings — which he finds mentally exhausting. “I’m struggling with the whole virtual aspect of this,” he says.

“The first two weeks, I was on the verge of a mental breakdown between the kids being home with school not really set up at that point, work pivoting and going down a black hole of media,” he says. On the first night of Passover, Block decided it was time to stop tuning into the day-to-day sensationalism of the news and redouble his focus on what was happening in his community.

The crisis in the fallout of the COVID-19 pandemic, less than two years after a shooter took the lives of 11 Jewish people amongst three congregations at Tree of Life synagogue in Squirrel Hill, reminded Block to concentrate on a tenet of Judaism called b’Tzelem Elohim — the idea of loving your neighbor as you would love yourself. “For a long time, I thought, ‘got it, that’s what resonates with me.’ That’s why Judaism has so much to offer when you think about social justice,” Block says.

But what happens if you don’t love yourself? This would affect how you would treat others in crisis. Block looked deeper, concluding that, whether you believe in God or not, we all share humanity. With b’Tzelem Elohim, there is no individual element because we all contribute to collective divinity. “That broadened my perspective of Judaism and justice. It’s not just thy neighbor, it’s across humanity. Even if we’re having a hard time with ourselves, there is still kindness, respect and care,” he says.

As they did after the Squirrel Hill massacre, Pittsburgh’s communities are coming together to take care of one another. Block has found ways to make sure the work of Repair the World continues during the quarantine. For example, Repair fellows packed boxes for the East End Cooperative Ministry food pantry; for the first few weeks of the pandemic, they were the only people allowed inside to do that work. “They’ve seen a 300 percent increase in the needs of the pantry,” Block says.

His organization was among the first to reach out to help 412 Food Rescue with its new bus distribution program, and they’ve helped Circles of Greater Pittsburgh and The Wellness Collective reach out to Pittsburghers who could use a hand. “This crisis has again highlighted iniquity in our country, our community and our world,” Block says.

At home, Block and his wife are trying to balance parenting their three children (11, 9, 4) with work and leisure time. Exercise, not typically part of Block’s day-to-day life, is now a priority, to maintain physical and mental health. He takes his dog on long walks and bought a used exercise bike. And he’s expanded his reading list, which has been centered on justice-related issues and oppression in various forms for the last few years. Checking out books virtually from Carnegie Library of Pittsburgh, he’s read, among other non-fiction, two Jewish-focused books: “To Heal a Fractured World” and “Here All Along.”

And he says, “I started reading fiction again. It’s something I used to [do] but haven’t in a long time. It lets my mind wander, and you can let go for some time of periods of stress.”