The local actress and musician has dreams of getting back on the stage, but in the meantime she’s helping her community and making music from home. 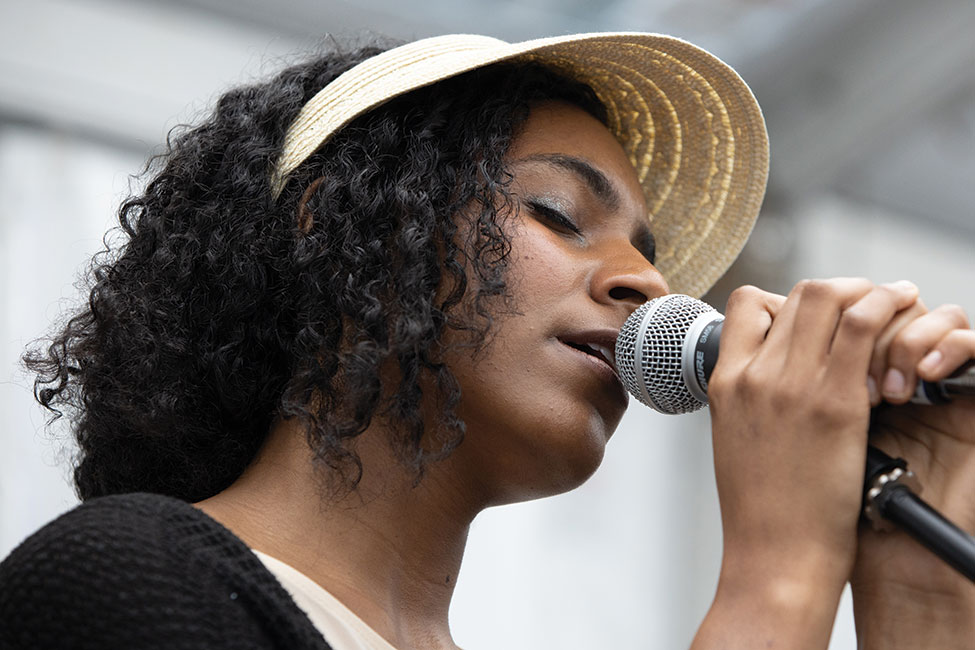 For actress and musician Saige Smith, the COVID-19 outbreak has not had a devastating effect on her creative endeavors.

She still records music, just at an in-home studio.

She still plans to move to New York City in August to pursue her acting career.

But she hasn’t appeared on any stage, and she doesn’t know when that will change.

“Basically my work for the year has been either canceled or postponed,” the 24-year-old Point Park University graduate says. “It’s a little disheartening because I’m not doing what I love right now, but it’s opened up opportunities for other things I love to do. I make music, so I set up a studio in my house. So I’ve been writing songs … and hopefully, I’ll be getting a project out this year.

“Instead of going to the studio to work now I just have it at my house. I’ve just been waiting for an alternative to acting to come along.”

Smith, who has appeared locally in PICT’s “A Midsummer Night’s Dream,” “Beyond the Moon (Tour)” with Pittsburgh CLO and numerous Point Park productions, says it’s hard to imagine theater resuming normally, but she’s watched with interest as actors have begun taking their craft virtual via Zoom.

Moving to New York City has long been her plan, but every time she chose a date to go, she would book something locally and end up staying for a while longer. This year, her date is set for August, and she’s still hoping to see that through. “It’s always been great reasons why I haven’t moved yet, but it’s about that time,” she says. “I just feel like I’ve been in Pittsburgh for long enough and I’m ready to expand my horizons a little bit.”

But she’ll delay her plans yet again if she knows that staying put will make people feel safe. “I’d rather do that than just be selfish right now.”

In the meantime, she’s helping out at Center of Life, a community empowerment organization her father, Tim Smith, founded in 2002 in Hazelwood.

The center has shifted its outreach efforts during the pandemic, delivering meals and other services to those in the community who can’t go outside due to their health or a disability as well as students who had to transition to learning at home but may not have adequate resources.

Helping out “has been really fulfilling and uplifting during this time,” Smith says. And the arts have been a part of that, too.

“We have the Krunk program, a program where kids in high school learn about different elements of hip hop, rapping, visual art, producing, engineering, stuff like that,” she says. The teens have been working from home with music software, editing music from different instruments and sending it on to the next person for more instruments and edits. “We hope to have some music come out, ‘quaran-tunes’” Smith says.

“The organization does a lot, but we’re still running, which is the important thing, and people are getting what they need.”